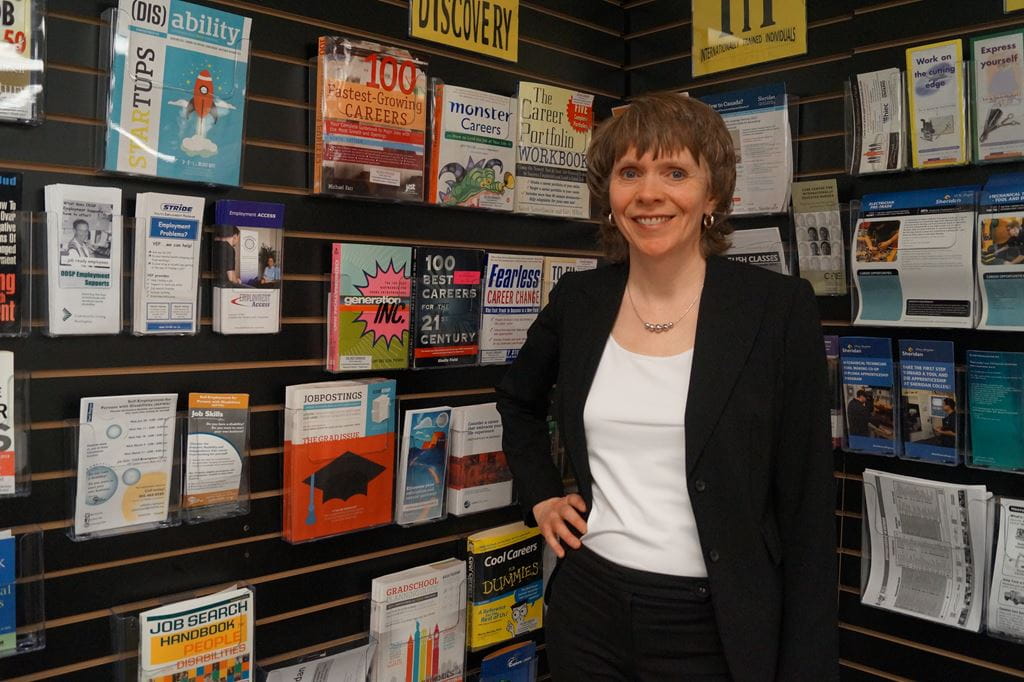 A match made at Sheridan

While Sheridan’s core focus is preparing undergraduate students for rewarding careers, did you know that it also helps newcomers to Canada to meet their career goals?

Sheridan is home to an Employment Ontario site that serves the community. Part of that service includes the delivery of a Greater Toronto Area-wide program called The Mentoring Partnership.

Started just over 10 years ago by the Toronto Region Immigrant Employment Council or TRIEC for short, the program matches newcomers with mentors who can provide information, advice and help with networking, all in relation to job searches. In its 10 year history, over 10,000 newcomers have been paired with mentors by the dozen service delivery partners. At Sheridan approximately 500 matches have been made.

“We’ve all heard the story. People come to Canada with great education and work experience but are often stuck working in unskilled professions” – Janet Gaffney

“We’ve all heard the story,” says Janet Gaffney, the program’s coordinator and a full time employee at Sheridan. “People come to Canada with great education and work experience but are often stuck working in unskilled professions.”

The Mentoring Partnership aims to change that. “When people arrive in Canada, they often have no professional network to fall back on,” notes Gaffney. “They may not fully understand how the profession looks here and where to go or what to do. The mentor we match them with works in a similar field and can offer guidance and support as they conduct an active and independent job search.”

Now 18 months in the role, Gaffney has personally found mentors for over 100 newcomers from 27 countries including the U.S., Egypt, Venezuela, Korea, Spain, Iran, Germany, Cameroon, France and Cuba. “One of the best parts of the job is that you never know who is going to walk in the door next.”

The individuals Gaffney has helped represent a wide variety of professions from marketing, HR, I.T. and supply chain management to engineers and scientists, to real estate agents and social workers. Mentees must demonstrate a level of English proficiency that would be acceptable in a Canadian work environment. Mentors must have a minimum of three years of Canadian work experience and be willing to commit 24 hours of guidance over a four month period, with touch points once per week. Some mentors are found in a shared database, while others Gaffney recruits herself based on the needs of her mentees.

On average, 75% of mentees find employment within their occupational field within one year, which is impressive considering that they enter the program either unemployed or underemployed. In Gaffney’s estimation, much of that comes down to developing not only connections but confidence.

“When people haven’t worked in their profession for a long time, it can be hard on their self-esteem. Some people who have been through the program are transformed. It’s like they’re a new person because someone has demonstrated a belief in them, or intervened and showed them what they were missing to get noticed.”

“Some people who have been through the program are transformed. It’s like they’re a new person because someone has demonstrated a belief in them…” – Janet Gaffney

Former mentees have brought Gaffney flowers, told her the program was instrumental in making their dreams come true and expressed an interest to give back by becoming a mentor themselves one day. She also has a cohort of repeat mentors including some who have helped between 10 to 15 individuals each.

“The job never gets old,” says Gaffney. “Each day it’s an honour and a privilege to know that we’re helping people to get established in their fields. It’s another great way that Sheridan serves the community.”