The nature of things at Sheridan 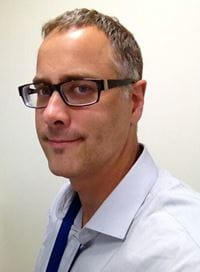 A Medicine Wheel Garden where sweetgrass and sage grow; a pond that is home to mallard ducks and beavers, a babbling creek and community gardens – Sheridan’s campuses are dotted with many such oases of nature. Herbert Sinnock calls them “Gems of Sheridan.”

They cradle the physical footprints of campus buildings, nature flowing seamlessly through learning and teaching spaces – a testimony to the principles of sustainability that are at the heart of Sheridan’s campuses and communities.

As Director, Sustainability, and a Sheridan grad, Sinnock has much to be proud of. Accolades have been rolling in for the College as it takes giant strides in environmental sustainability, the latest being the 2021 CICan Award for Excellence in Sustainable Development. Other recognitions include a STARS Silver rating from the Association for the Advancement of Sustainability in Higher Education (AASHE), as well as inclusion in the Princeton Review’s list of the Top Green Colleges in North America in 2019 and 2020.

Not only does Sinnock drive Sheridan’s sustainability initiatives, he also played a key role in developing the College’s overarching sustainability strategy. The Office for Sustainability, which Sinnock set up nearly a decade ago, is today the nerve-centre of Sheridan’s sustainability efforts. He envisioned and set in motion the College’s Zero-Waste plan to eliminate waste going to landfills, and kick-started the implementation of the Integrated Energy and Climate Master Plan (IECMP), developed in 2010 as Sheridan's how-to guide to consume 50% less source energy and emit at least 50% fewer greenhouse gas emissions by 2030.

Though Sinnock has dedicated much of his life to protecting and preserving the environment, he started out with a degree in electrical engineering in New England, U.S. “I was in my early 20s and as I approached the end of my engineering program, I reflected on what I’d do with my degree,” he recalls. “Somehow, I couldn’t picture myself behind a desk, designing circuits. I realized what really got me going was my concern for the environment.”

Once sure of his goals, Sinnock changed course: he returned to school to pursue an interdisciplinary program that combined engineering and science. He focused on solar energy engineering systems and while still studying, took up a job in research and development for a company that was designing advanced classrooms using low energy. A few years down the road, Sinnock developed and patented a technology for electricity grids and started his own company. In the early 2000s, he decided to leave the U.S. for Canada and took up a job at Centennial College, tasked with building curriculum and developing diploma programs for energy engineering.

However, Sinnock’s commitment to sustainability soon brought him to Sheridan, which held the promise of abundant opportunity as well as support for innovative approaches and projects to protect the environment. He joined the Faculty of Applied Science and Technology in 2009 to develop programming relating to environmental sustainability. Soon enough, he launched an energy audit, sending out teams of faculty, staff and students to various industrial partners to survey their facilities and advise them on the steps they could take to improve their energy performance. Later on, Sinnock began to lay the groundwork for setting up a centralized Office for Sustainability.

“We kicked off a couple of task forces, one focused on waste and the other on energy systems. We formulated a zero-waste objective and gradually, we developed a strategy to reduce the campus’ energy footprint. We really wanted to shrink, to be comparable to global best peers in Austria, Germany and Scandinavia,” Sinnock recalls.

“The courses I took at Sheridan have been quite valuable. Today's economy is fuelled by lifelong learning. Whether it is workshops, conferences or professional certifications, we need these opportunities to come back, refresh and upgrade the knowledge we have.” – Sinnock

It took Sinnock and his team 16 to 18 months to work out a comprehensive framework for Sheridan’s vision for sustainability, centred on improving energy performance and reducing carbon emissions. With the full support of the College leadership, Sinnock soon had his Office for Sustainability and set about realizing the ambition for a sustainable Sheridan.

Busy as he was, Sinnock continued to upgrade his education. This included a certificate in the Building Environmental Systems Operator program and multiple courses in Construction Management at Sheridan.

“The courses I took at Sheridan have been quite valuable. Today's economy is fuelled by lifelong learning. Whether it is workshops, conferences or professional certifications, we need these opportunities to come back, refresh and upgrade the knowledge we have. It's an essential part of remaining relevant,” Sinnock says.

As Sustainability Director, the Sheridan alumnus is the vanguard of IECMP. Together with Mission Zero that envisions Sheridan as a zero-waste campus, the IECMP has set challenging goals for Sinnock and his team. They’ve been knocking it out of the park. Sheridan has already achieved some of its 2030 Mission Zero environmental sustainability goals, several years ahead of schedule.

Sinnock lists the number of measures Sheridan has taken to achieve its goals with pride: windows and doors repaired to improve insulation; efficient lighting; and smart heating and cooling sensors that adjust closer to the outdoor temperature when the rooms are empty. More energy is conserved by way of hydronic radiant floor heating, chilled beams for cooling in some classrooms and labs, and state of the art piping between the College’s new district energy centres and air conditioned spaces in the new campus buildings.

Sinnock sees the creation of district energy centres at the Trafalgar Road and Davis campuses as a singular achievement at Sheridan. Not only will the centres meet all of the heating and cooling needs of the two campuses, they also showcase the success of a system that has long been deployed by the most energy-efficient countries of Europe, but till recently, ignored in North America. “These systems work much like an electricity grid, but instead of power, they carry heat energy in pipes under the sub-surface, branching off to different buildings. They also utilize the waste heat from a network of sources,” Sinnock explains.

“We took our on-campus examples and we were actually able to show the community what could be done: that it's real, it's tangible, and it’s entirely possible to build.” – Sinnock

The sustainability initiatives at Sheridan have been thoughtfully integrated into student learning and curriculum. The district energy centre at Davis Campus, for instance, is encased in glass – a living lab and an example of some of the new systems that students may work with in their careers. Sheridan is also working closely with municipalities on their community energy plans, with a long-term view to achieving more sustainable communities.

“We took our on-campus examples and we were actually able to show the community what could be done: that it's real, it's tangible, and it’s entirely possible to build. It has been an opportunity for us to really reach beyond the boundaries of our campuses and influence the bigger discussions that are happening around us on sustainability,” Sinnock says. “We want to achieve the best results possible. We need to stop our greenhouse gas emissions. The timeline globally at this point is 2050 but we’d like to see Sheridan achieve that in the 2040s.”

Sinnock says Sheridan’s strategic approach to fiscal and environmental sustainability will help achieve that goal. The Campus Master Plan, for instance, is holistic and Sinnock’s team has contributed to it by creating guideposts that ensure the principles of sustainability are embedded throughout the campuses’ physical footprints.

“Those principles include a very seamless connection to the natural environment, that the whole campus kind of flows into green spaces and its natural heritage, like the creek at Trafalgar or the pond at Davis.”

That’s nature in harmony with development – Sinnock’s goalpost for a sustainable world.