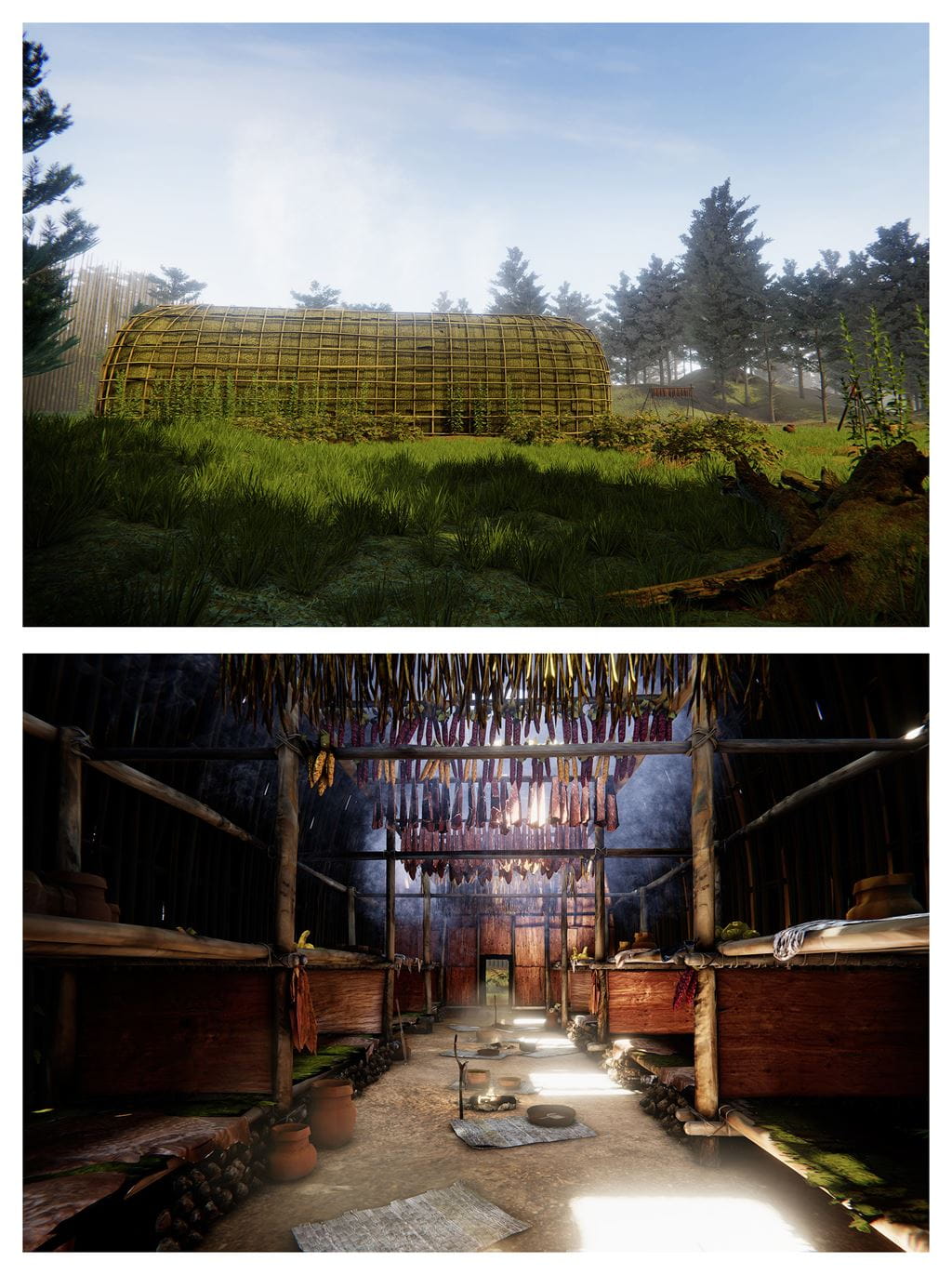 The project, which was unveiled at the museum on July 10, 2019, was supported by Nation Huronne-Wendat and the Town of Whitchurch-Stouffville – the community where the Mantle Site was uncovered. The Mantle Site is the largest and most complex ancestral Wendat-Huron village to be excavated in the Lower Great Lakes region to date. It represents nearly 100 longhouses in a coalesced complex of a massive pre-European contact city.

Using a creative transdisciplinary methodology, faculty and students from multiple postsecondary institutions, as well as industry partners, developed a multi-sensory experience; disciplines such as 3D Animation and Gaming, Architecture, Sound Design, UX/UI Design, Anthropology and Archaeology were combined. “Using scientific archaeological data collated from over 450 longhouse sites across Ontario and upper New York State, the project is an archaeological interpretation of the known historical record of the site,” says Dr. William Michael Carter, project lead and professor at Ryerson University, who also graduated from Sheridan’s Computer Graphics (’95) and Computer Animation (’96) programs. “We combined this data with creative speculation of the unknown and information not readily available through scientific records. The result is one of a multitude of potential visualizations of what a pre-contact Huron-Wendat longhouse would look and sound like. We couldn’t have done this without the support of Professor Howald, who helped bring the recreation to life.”

Howald led the digital reconstruction, which reflects the sights, touch and smells of a traditional longhouse environment. “My focus was to enhance the environment through texture and light to create a greater phenomenological experience” explains Howald. Simulated artifacts adorn the walls while traditional sweetgrass and other indigenous herbs hang from the ceiling. Users have the opportunity to 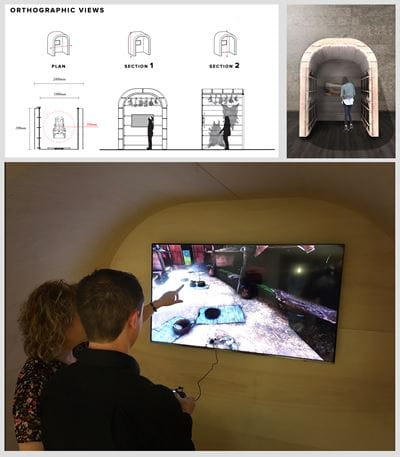 freely walk in and around the digital landscape.

Ryerson University professor Vincent Hui led the construction of the physical enclosure. The barrel vaulting of the roof allows for sounds from the digital experience to be amplified naturally, giving a sense of the spatial volume of the internal longhouse living areas. In order to bring life to the digital environment, George Brown College’s Santiago Salazar recorded authentic sounds of children playing, people coughing, and dogs barking, which were then integrated to add vibrancy to the digital space.

The project will remain on display at the museum all year, with an updated virtual reality (VR) version launching in the fall.

“This is the largest and most complex exhibition we have ever created at our facility and we never envisioned that we could offer something like this to our guests,” says Stephanie Foley,

curator and supervisor of the Whitchurch-Stouffville Museum. “We have offered First Nation’s educational programming for years, but this visual representation of the longhouse will bring the idea alive for our young visitors (and the young at heart!). The partnerships that we developed over the course of this planning period are very positive. The sounds and the visual beauty of the simulation are amazing. We are so excited to have the exhibit open to the public for a full year.”