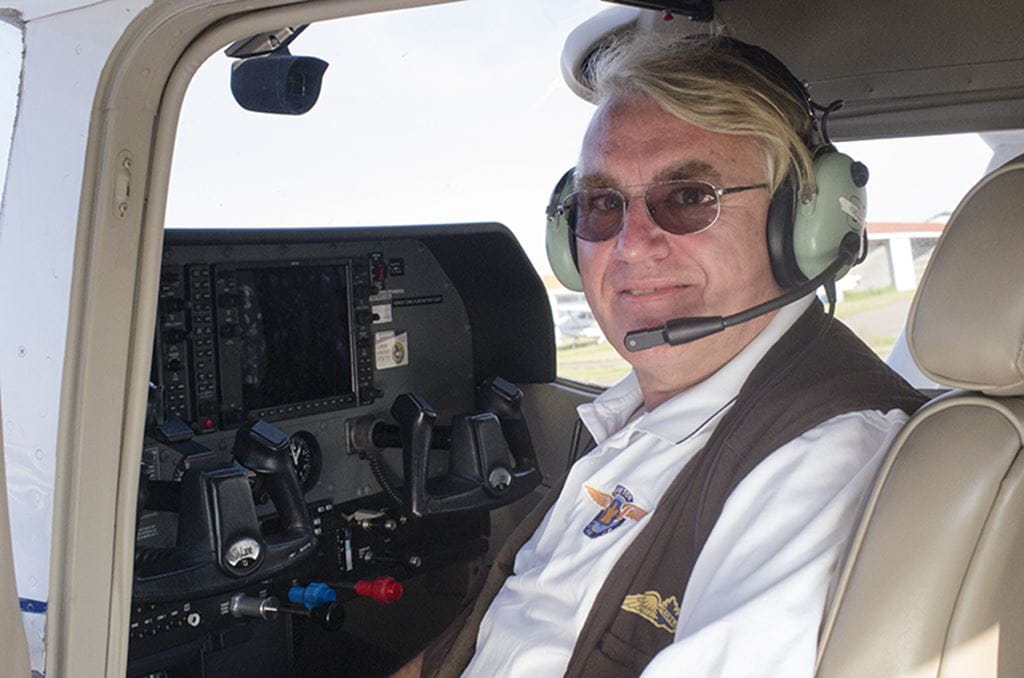 Meet Nigel Johnson, Sheridan professor of electronics and computer engineering, licensed pilot, amateur radio enthusiast and a lifelong maker and mender. As someone who truly enjoys experimenting, he’s recently put his creativity to the bravest test yet. Johnson has penned a short teen romance novel that shares his life’s passions in an attempt to inspire young students to get hooked on technology.

Writing a book has been on Johnson’s bucket list for over a decade. His most recent motivation for finishing the novella has been to counter the recent trend of popular books that are based on magic by giving young people something exciting to read that’s grounded in reality.

Johnson’s story is about a young boy who builds a Seawind plane before meeting a girl, falling in love and setting out on a cross-Atlantic adventure that would change his life forever.

He recalls seeing a photo of the original Seawind prototype hanging in a friend’s kitchen years ago and thinking how great it would have been to be able to afford the $40,000 kit to build the amphibian plane at the time. “Life got in the way,” he laments, though he has no regrets about the path his career has taken, seeing him switch from a management position in industry to teaching his favourite things at Sheridan – microcontrollers and wireless. 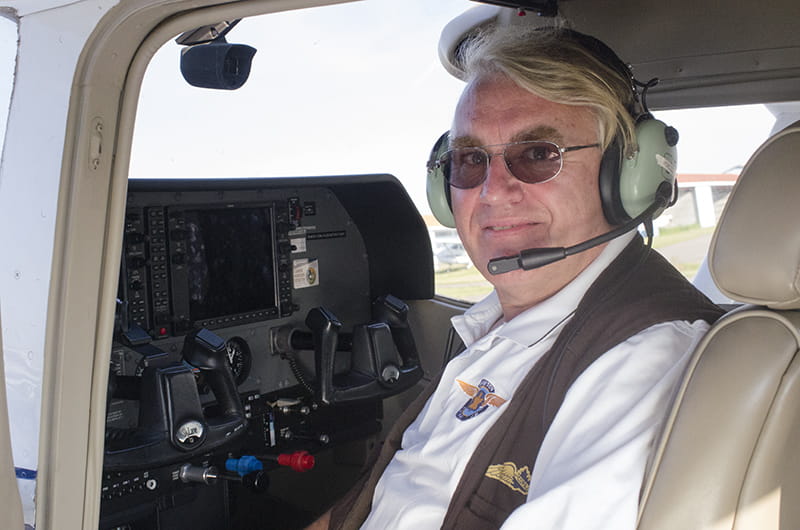 While the main characters in the book are fictional, Johnson is like his young hero in that they both love creating things and seeing them come to life. “More than anything else, I wanted to share that feeling with young people. I want them to know how wonderful it is to build something, get it working, use it and experience the pride that comes with showing it to your friends.”

“…I wanted to share that feeling with young people. I want them to know how wonderful it is to build something, get it working, use it and experience the pride that comes with showing it to your friends.” – Nigel Johnson

“Everything in this book is actually possible,” adds Johnson, who is even having the owner of the company that makes the Seawind review his manuscript to ensure it is technically correct. The book weaves in accurate radio codes, flying protocols, associations and geographic locations, giving it further credence.

Johnson expects the book to be published right in time for summer reading when students can use a dose of inspiration. A female colleague in his department is encouraging him to add in more girl power so he’s toying with the idea of giving his female character more of a starring role in the sequel.

“Getting girls and tweens interested in science and engineering is something we’re always thinking about,” says Johnson. “It’s sad that in my upper year classes there are only a handful of women. I hope that the book will help to stimulate additional interest.”

Flight of the Seawind will be published by Into Print books and printed by Paragon Press in 2016.

Pictured at top of page: Nigel Johnson, Author and Sheridan Professor at the Brampton Flying Club. Photography by Bill Duncan