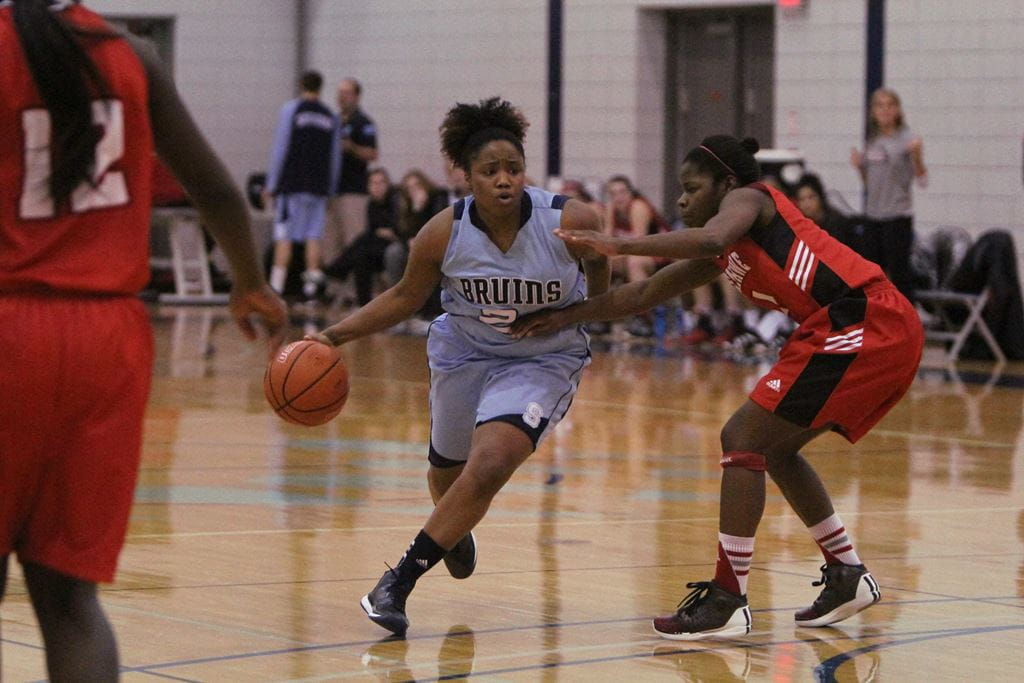 Facing her opponents head on

Through hard work, perseverance and dedication to her craft, Shylanda Saunders has become one of the greatest players in Ontario women’s college basketball history.

Over her four years at Sheridan Saunders has accomplished what few have. She is only the sixth female player in OCAA basketball history to reach the 1,000-point plateau and achieved this all while keeping a 4.0 grade average in school. By all accounts she has earned the label of a “road scholar.”

Born and raised in a small, rural area near Halifax, Nova Scotia called East Preston, Saunders was noticed at a young age for her athletic ability. Growing up she was enrolled in ballet and tap dancing and played soccer and basketball. “Soccer, tap and ballet helped me out a lot athletically especially with my agility, quickness and footwork on the basketball court,” she says.

“Soccer, tap and ballet helped me out a lot athletically especially with my agility, quickness and footwork on the basketball court.” – Shylanda Saunders

Her grace on the court was not only noticed in Canada but the United States as well. “I started to get recognized for my talents in Grade 8 and got recruited to play at Oak Hill Academy, a high-level prep school in the state of Virginia,” Saunders says. Known for producing star NBA players such as the New York Knicks’ Carmelo Anthony and the Detroit Pistons’ Brandon Jennings, Oak Hill was the perfect place for her to develop her skills. She travelled across the U.S. to play with the prep school, which helped her gain a sense of independence at a very young age. 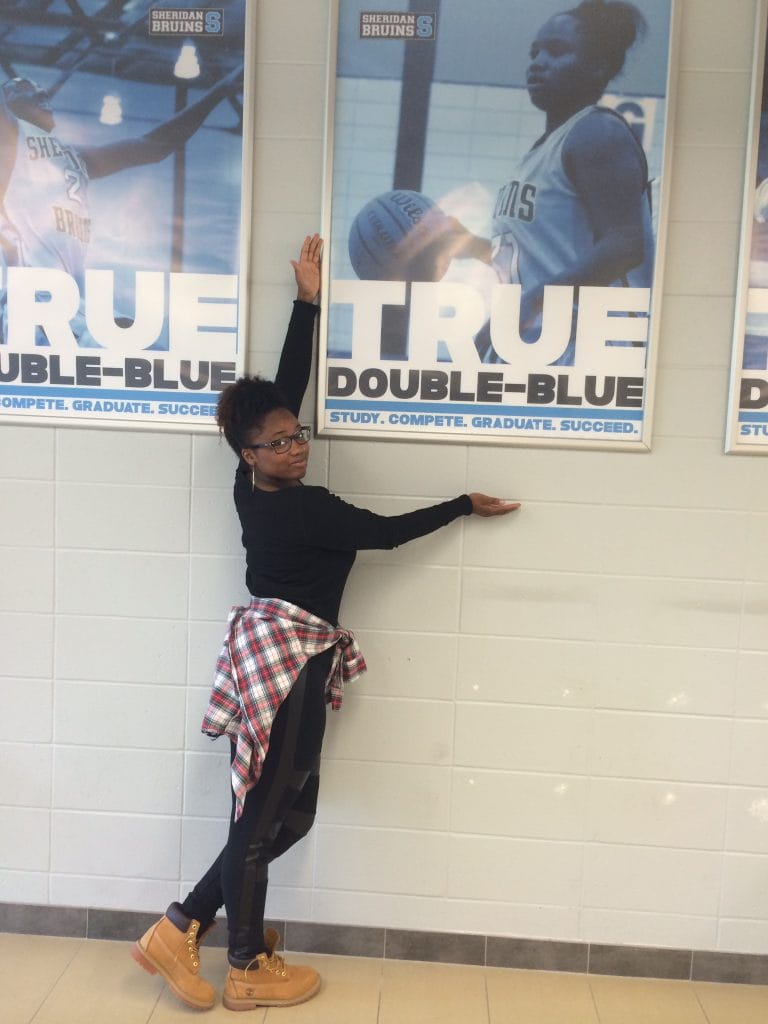 Saunders also played for a year at the University of Prince Edward Island. After that experience she decided to attend Sheridan because of its academic and athletic reputation. But it wasn’t always smooth sailing for the Nova Scotia native. “Growing up playing basketball I tried out for many teams and many times I didn’t make it,” Saunders says. “I was told, ‘You aren’t good enough or tall enough.’ ” Comments like those would only drive her to work harder.

“When I first saw her on the court she could handle the ball, pass very well and worked hard for her teammates,” said Willie Delas, head coach of the Sheridan women’s basketball team. “I told her she had to learn how to score in order for the team to be successful.” She developed the work ethic to become a scorer by following her mother’s example. “My mother was a single mom of two who worked hard to make sure that my sister and I always had what we needed,” says Saunders. “She taught me how to be strong, independent and to set goals for myself.”

“There is always going to be a special place here for Shylanda.” – Willie Delas

Currently in her third year of the Child and Youth Worker program, Saunders wishes to return her good fortune and hard work to the youth of tomorrow as a basketball coach. “I would love to coach. In some way, shape or form I always want to be involved with basketball throughout my life,” she says.

Although her time at Sheridan is soon coming to an end, she will always be welcomed back after she graduates. “There is always going to be a special place here for Shylanda,” says Delas. “She will always be a Bruin.”

Pictured at top of page: Shylanda Saunders on the court. Photo by Ryan Kelly, Sheridan Athletics