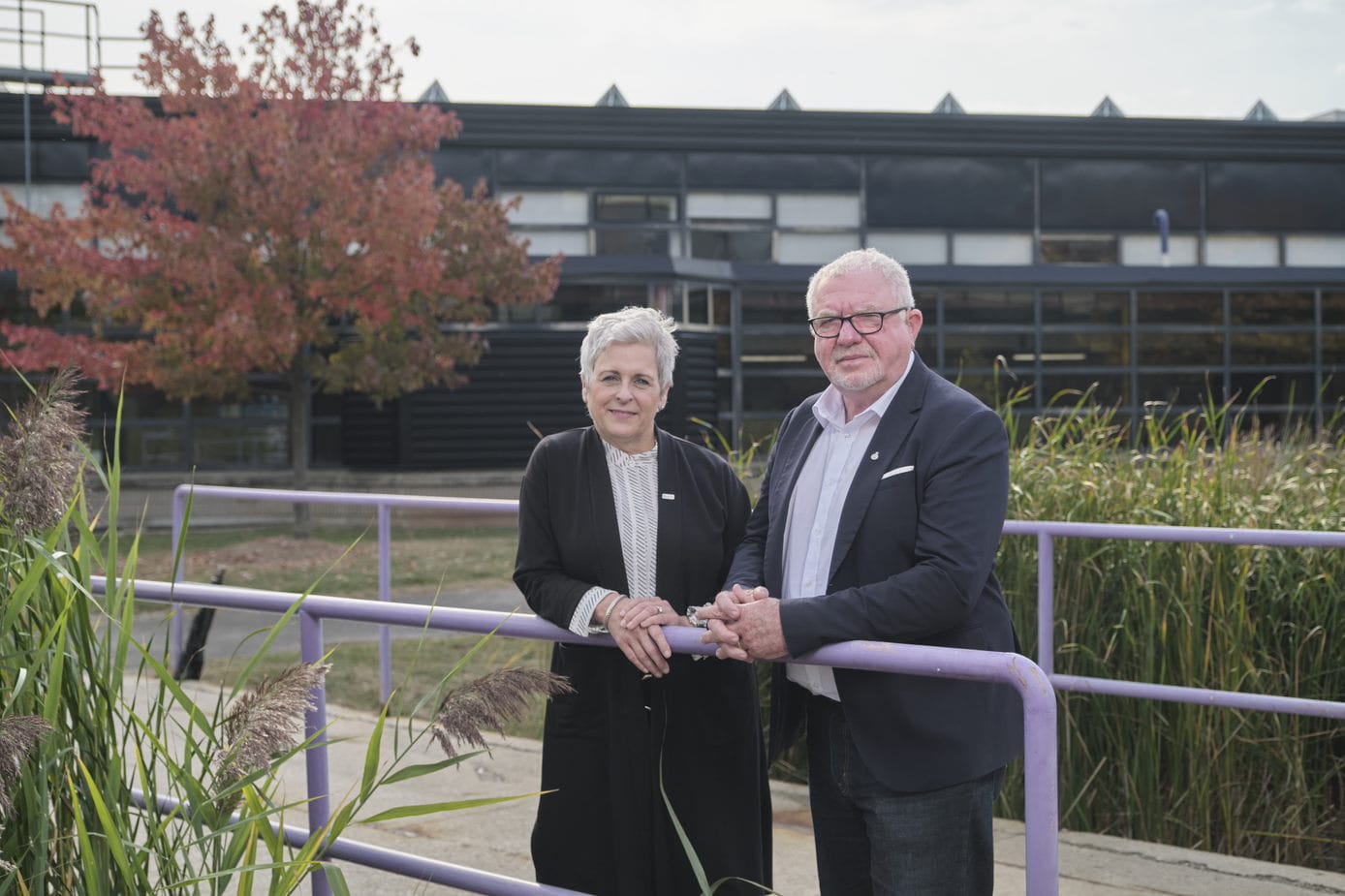 Sheridan graduates on a mission to serve inclusion

Mark and Valarie Wafer didn’t open a Tim Hortons restaurant with the goal of becoming disability rights activists, but that’s what happened once they realized they needed staff members to help serve up double doubles – and they needed them fast.

One of the first applicants Mark met was Clint Sparling, who had Down Syndrome. Mark (Social Service Worker ’82) admits he didn’t know much about individuals living with Down Syndrome at the time, but he understood how difficult living with a disability can be.  Mark was born deaf, and has faced discrimination throughout his life, going all the way back to being excluded from soccer games as a child.  He wanted to give Sparling a chance, and it paid off: the young man quickly became one of the Wafers’ best employees.

Over the next 25 years, Mark and Valarie went on to own 14 Tim Hortons locations and hired over 200 individuals living with disabilities. Mark quickly saw the economic imperative. His employees living with a disability had low absenteeism rates, low turnover, and many were noticeably more innovative on the job, owed to a lifetime of finding ways to adapt and thrive in a world not always set up for them.

“It's an untapped labor force. We have almost six million Canadians who have a disability and upwards of 70% of them are not working,” Mark explains. “If you take a look at the value that a person with a disability brings to your workplace, just take a look at the innovation factor. A person like myself who's been deaf since birth, I do things differently than other people. I have to problem solve differently just to get through my normal daily life. That's how innovation is created.”

For more than two decades Mark has made it a mission to share this message with others in the business community, as he and Valarie (Accounting ’85) have become advocates for inclusion in the workplace. It’s work that has earned them multiple accolades – including the Diamond Jubilee medal for both of them in 2012, and an induction to the Canadian Disability Hall of Fame in 2014 for Mark. However, it’s not the recognition that inspires them. They both deeply believe in the real value everyone brings to the workplace.

This was further proven when Valarie, who oversaw the accounting for all their restaurants, realized that creating inclusive workplaces had benefits that went beyond the balance sheet. It was essential in helping them recruit all their employees, since they had already created an environment where everyone wanted to work.

“We not only had a low turnover of people who had disabilities, but other employees who wanted to come and be a part of that inclusive culture stayed for a long time too,” she says. “We all have visible and invisible diversity and when you start to have those true, authentic conversations, and really value how everybody shows up, that’s how people feel like they really belong.”

“We all have visible and invisible diversity and when you start to have those true, authentic conversations, and really value how everybody shows up, that’s how people feel like they really belong.” -Valarie Wafer

Since retiring five years ago, the couple have now dedicated themselves to advocating for inclusivity full-time. Mark is now the President and CEO of Abilities Durham and the Abilities Centre in Whitby, Ontario and he works with governments, speaks to business associations and shares his message publicly through media appearances on programs like TVO’s The Agenda with Steve Paikin. Valarie, meanwhile, has channeled her passion into her volunteer work with Rotary International, a global organization that works with communities to address local issues like literacy, clean water, or equity.

Valarie first joined Rotary in 2005, and now serves as the Immediate Past Vice President and has chaired the organization’s Diversity, Equity and Inclusion Task Force. She’s travelled around the world to provide support to local clubs on equity issues in their region, whether that’s racism or gender equity.

“A true culture change on diversity, equity, inclusion is going to happen at the grassroots level because we know that diversity looks different around the globe,” she says. “It has to be a culture change that is accepted and wanted so that we are producing a culture where everybody feels they can turn up as their true, authentic selves and can feel that they are valued.”