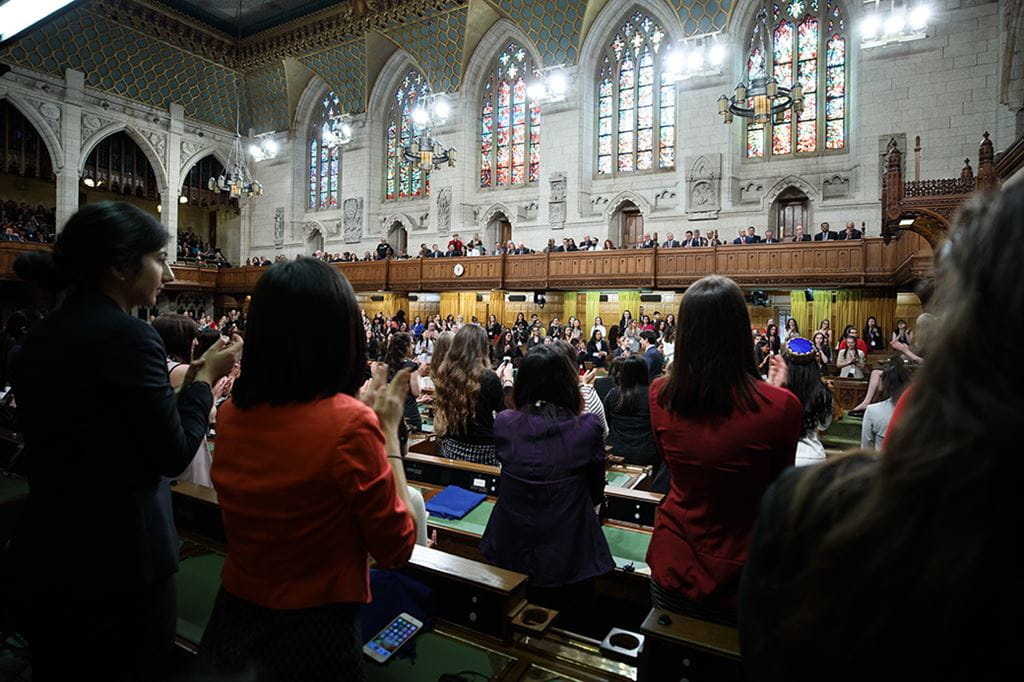 On International Women’s Day in Ottawa, first-year Honours Bachelor of Film and Television student Julianna Corso took a seat in the House of Commons alongside 337 other young women. Each represented a federal riding across Canada for Daughters of the Vote, a three-day event in March organized by Equal Voice aimed at “making history” by encouraging women of all backgrounds and locations to see themselves in a position of power. For the native of Chatham, Ontario, the experience left a lasting impact that’s inspired her to take further action. Corso shared her reflections on what led her to get involved in issues related to gender equality, her experience in Ottawa, and what she’s been inspired to do for the future.

How did you become involved in Daughters of the Vote? 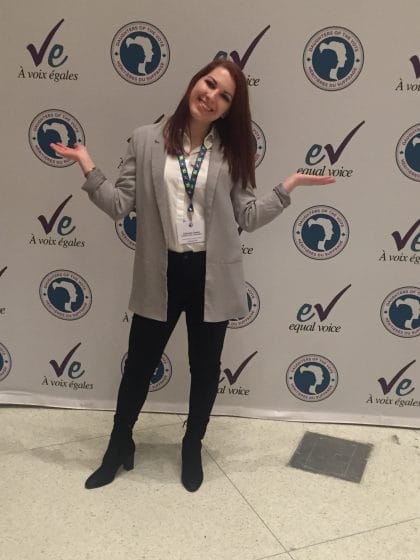 I filled out an application on the last possible day in June 2016 after my mom read about the initiative and thought I’d be a great candidate. I was still in high school at this point and had recently made a documentary film in which I interviewed my peers, school administrators, and community and government leaders about their views on feminism. About six months later when I started studying in the Bachelor of Film and Television program at Sheridan, I found out that a review panel had selected me to represent Chatham-Kent-Leamington.

Why did you decide to study in the field of film and television? 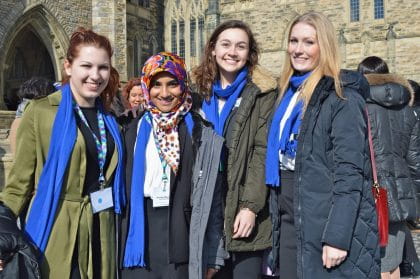 I want to be a writer and director one day and I know Sheridan has a great track record. The proximity of the Trafalgar Campus to Toronto, where so many movies and television shows are being filmed, is ideal. I want to get the training I need to help tell stories, particular those of women.

Are there any factors or experiences that pushed you toward getting involved in promoting and taking action in support of women’s rights?

Growing up I admired the work my mom did in a women’s shelter in our community. She started as a counselor and worked her way up to acting executive director. I was exposed firsthand to how impactful her work is not only on the women with whom she worked directly, but the entire community.

What Canadian woman or women inspire you?

I admire Kim Campbell and the work she did as our first female Prime Minister. She was walking into a boys’ club and held her own. Many of my family members are a source of strength in that way. And at the Daughters of the Vote this week I met Celina Caesar-Chavannes, a Member of Parliament for Whitby, Ontario. She spoke about her journey into politics and shared her 10 rules to live by. I found her to be eloquent and inspirational. Anyone who’s challenging the status quo, living on the edge in a good way and has that fire and fight I tend to admire and I actively try to surround myself with those types of people.

Did you find you were that person with fire and fight in your hometown? 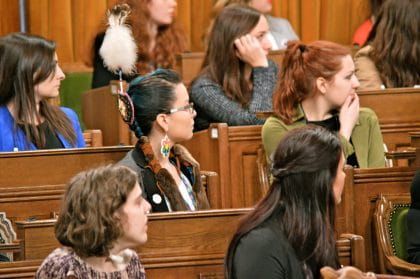 At my high school I was in many ways. I was always writing a speech or monologue to inspire people to get behind women’s issues. I guess you could say I was the one preaching from the rooftops!

Going in to Daughters of the Vote, what did you hope to achieve?

I knew going into it that many of the young women there would be interested in getting into politics, which isn’t necessarily my career path. So I approached it wanting to listen, learn and see who’s making important policy decisions today, and to also get to know young women from different backgrounds who share the same passions as me. As a filmmaker I’m always looking to tell the stories that aren’t often told so I made a point to listen, learn and absorb all of the knowledge being passed around.

In your opinion, should we be optimistic or concerned about the current state of female representation in politics in Canada?

I think we should always be slightly concerned and not be complacent. Optimism is important too. It’s hard not to be after the Daughters of the Vote event. I think we left a mark on Ottawa and the people there and it’s these types of events that will push our country forward.

Describe the atmosphere when you took a seat in the House of Commons. 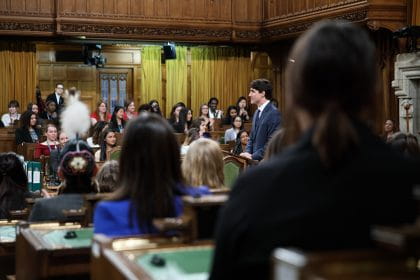 It was emotional, unlike anything I’ve ever felt before. I sat there and looked around and thought, wow, there are 337 intelligent young women here and none of them look like me or have the same life experience. There was so much hope in the room it was almost palpable. It was impactful to have all major party leaders speak to us and also be open to our questions and what we had to say. We were taken seriously. And having the government officials up in the gallery while we were in their seats was very symbolic.

What was the Prime Minister’s message to you?

He recognized that there’s still work to do but that we should be hopeful, look to and lean on each other to move forward. We should never give up despite facing challenges with breaking down barriers, particularly when it comes to entering politics. He told us to keep working toward a career in politics if we choose and that we’re as capable and as strong as any man in the position.

What was the most eye-opening aspect of the experience? 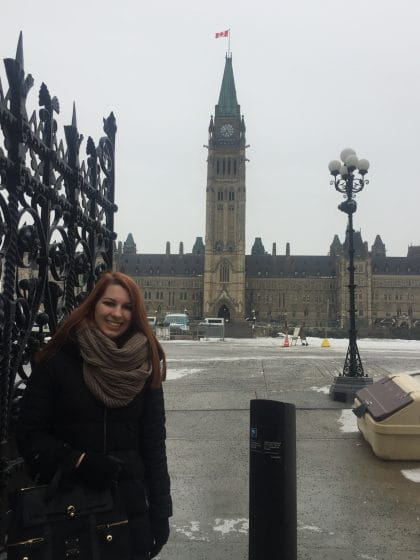 Going into Daughters of the Vote, I thought I had some understanding of issues relating to Indigenous and Islamic identities, but in talking to young women there, I realized that there’s so much to learn from their lived experiences. I met a delegate who is Indigenous, transgender and a sexual assault survivor and felt that her story really put things into perspective for me. Another woman I became friends with shared that she encounters Islamophobia almost every day. Just by having those face-to-face conversations and listening to one another was enriching.

How do you plan to keep involved in this dialogue around equal rights moving forward?

I want to bring more women behind the camera. That’s an issue in my field in particular. There aren’t many women doing lighting or cinematography jobs. I also want to move film and television away from stories of women that are about romance and falling in love – there’s so many more, powerful stories to share. I’d like to do documentary work as well that educates people on issues experienced by women around the world in their daily lives. Daughters of the Vote was inspiring to me creatively. I hope to bring some of the stories I heard to life in films I work on at Sheridan.

This interview was edited for length and clarity.

Pictured at top of page: Daughters of the Vote delegates standing in the House of Commons on March 8, 2017.

Everyone has a story: the scientist calling out how the environment can make us sick...

Doug Luciani and Kandise Barron have advice for those who carry the torch.

Art that aims to unify people from all walks of life

A new crop of superheroes is ready to save the world.