Amy Saccomano was surprised when new messages and comments popped up on her Facebook account. Less than an hour earlier, she had posted a message asking family and friends to create Valentine's Day cards for long-term care residents. She never imagined the overwhelming response that was to come her way.

Saccomano, a student in Sheridan's Social Service Worker – Gerontology program, wanted to help older adults who might be dealing with isolation due to the COVID-19 pandemic. Her goal is to help them feel less alone and use the cards and messages to remind them that they are not forgotten. Inspired by her late grandmother's favorite lullaby, "You Are My Sunshine," Saccomano dubbed the project ‘Valentine's Day and Sunshine Rays.’

"I'm fortunate that I can go to the grocery store or go for a drive. I can socially distance myself and see my niece and nephew," said Saccomano. "But long-term care residents can't do that. They're in their rooms all day, away from their loved ones. A lot of them are also living with dementia, which can be confusing and stressful." 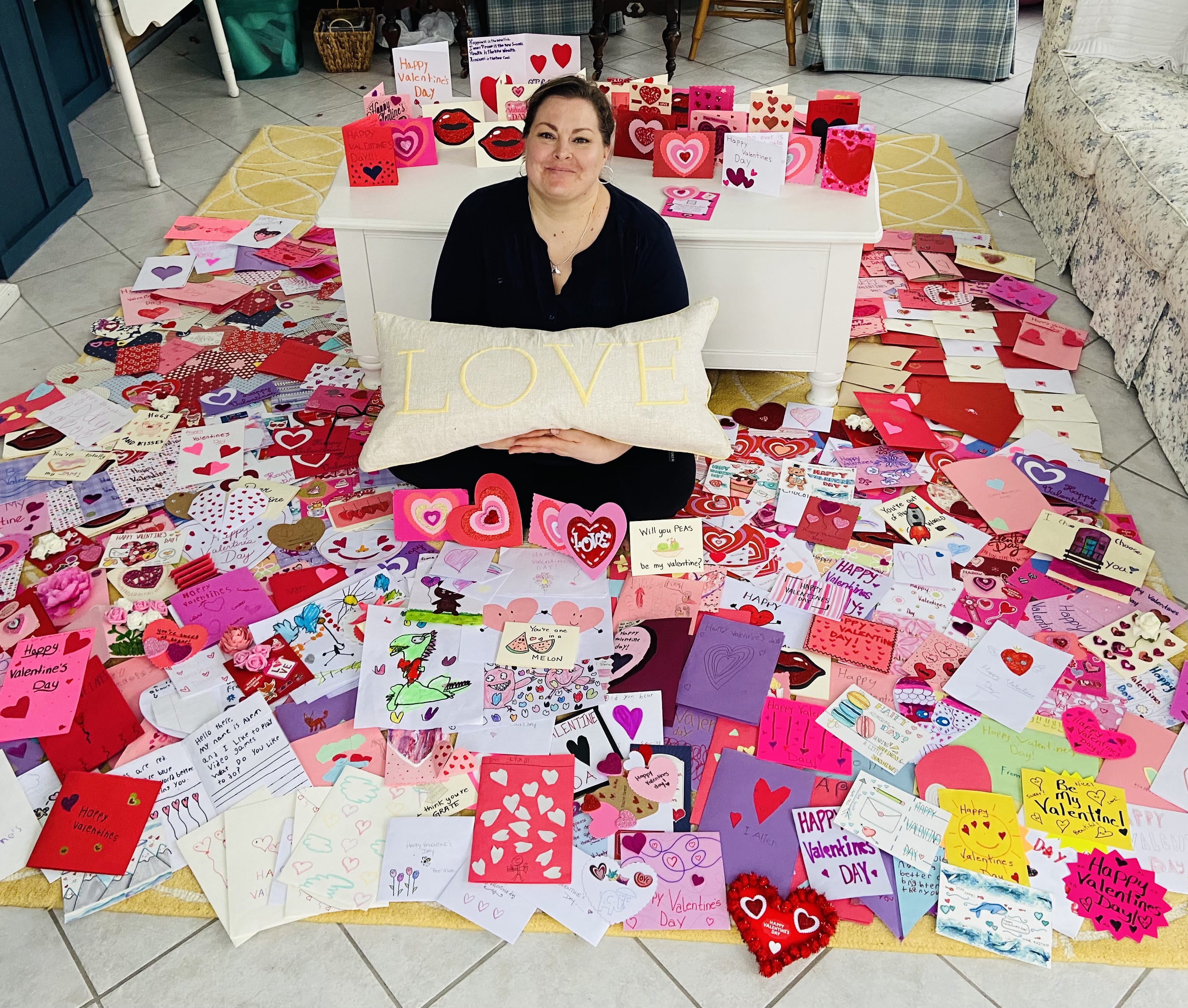 In total, Saccomano’s request attracted more than 400 love letters. Reflecting on her efforts, she believes that the project reignited her passion for her gerontology studies at Sheridan. "I chose this program because of the direct impact this line of work has on people. Because of COVID-19, I'm not able to put this into practice in person," she said. "But now I got that passion back. It's come back in full force."

"Valentine's Day and Sunshine Rays" is more than just an academic endeavor for Saccomano. Having had a close relationship with her late grandparents, she uses their memory as a continual inspiration to make a difference in other people’s lives.

"The Valentine's Day cards are small tokens that the recipients can keep in their room. It can remind them beyond February 14th that their community cares."