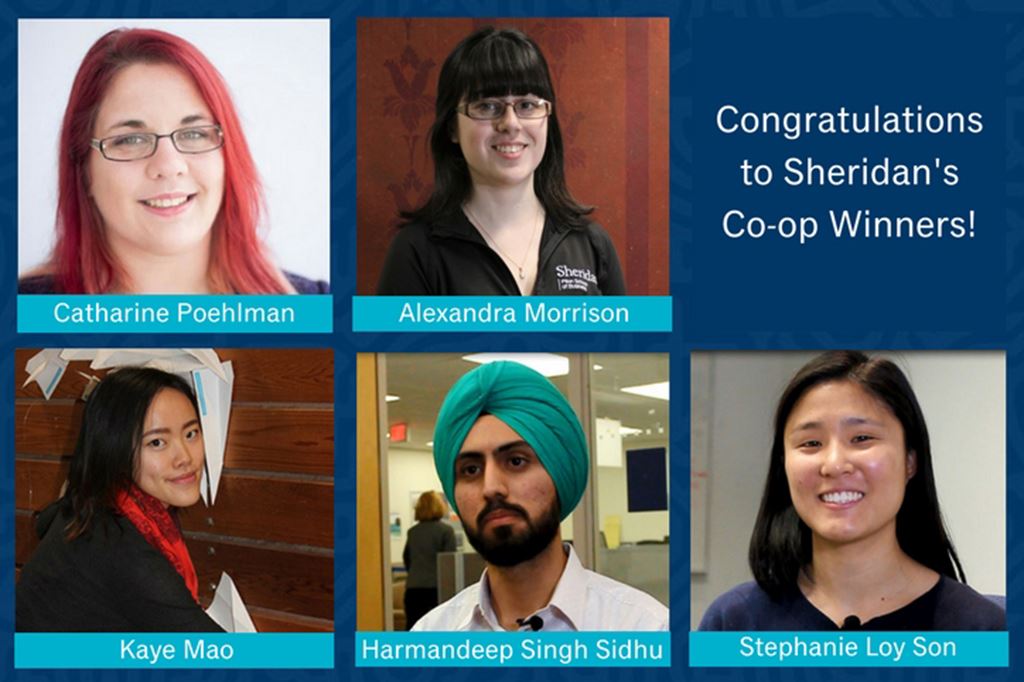 In honour of National Co-op Week, Sheridan is celebrating its 30-year history of providing co-operative education opportunities and highlighting students who have excelled in their co-op and internship work terms.

Rising to the top, from a field of 2,100 eligible students in 2016, are five students who have been selected as Sheridan’s Co-op Students of the Year. These students include:

“We’re incredibly proud of our award winners, nominees and all of Sheridan co-op and internships students who put their learning to work every term,” said Cory Latimer, Manager of Co-operative Education at Sheridan. Kaye Mao and Catherine Poehlman were also honoured with the Canadian Association for Co-operative Education Co-op Student of the Year and Education at Work Ontario Co-op Student of the Year respectively.

Mao is the first Sheridan student to be selected for a co-op work term at Google’s New York City office. Her strength as a leader is not only evidenced in her role as a user experience design intern but as a founding member of the Sheridan Interaction Design Association (IxDa). During Poehlman’s co-op placement at PointClickCare she developed an impressive tool to improve efficiency within the company and was subsequently hired as one of its full-time employees.

“The employers who hire our students tell us that they enter their work terms ready to hit the ground running,” said Latimer. “We’re told they make an observable, positive impact from the get-go.”