Bohdana Baliuk has spent the past several years focused on investing in her future.

As a teen, she moved to Canada from Ukraine to pursue her Business Administration – Marketing diploma at Sheridan’s Pilon School of Business (PSB), eventually completing the program remotely after the COVID-19 pandemic forced her to return home. Baliuk then took a pathway into the second year of Sheridan’s Bachelor of Business Administration (BBA) – Finance degree last fall to further expand her understanding of the business world. But Baliuk’s priorities suddenly shifted in the early hours of February 24, when she and her family woke up to sounds of explosions near their countryside home in north-central Ukraine. “I had been preparing for my midterm exams, and then my focus changed in one second,” says Baliuk, who spent the rest of that day following news coverage of Russia’s invasion of Ukraine and assisting travelers who stopped by her house as they fled west.

Baliuk and her family chose to stay home at first. “The siren sounded almost all the time, and we ran to hide in the basement each time during the alarm. As the rocket attacks only intensified at night, we had to sleep in the basement. My father stayed upstairs with weapons to control the situation because there were active cases of Russian military intrusions into people’s homes, where they looted, raped women and children, and killed men who were able to resist,” she says.

"It was excruciating to leave my dad, who decided to stay in Ukraine's territorial defense. Saying farewell was difficult, but I am proud of my father and his courage.” “But one day, after a rocket hit a few kilometres from our house, we decided that my mom, my two younger siblings and myself should move to a safer place. This decision was hard because it was excruciating to leave my dad, who decided to stay in Ukraine’s territorial defense. He joined there voluntarily to protect our area because the neighbouring villages were already occupied and the risk of our occupation was very high. Saying farewell was difficult for all of us, but I am proud of my father and his courage.”

Baliuk, her mother and her siblings spent two weeks traveling west through Ukraine, then briefly stayed in Poland before finally settling in a rental in Spain. “We’ve had to move around quite a bit looking for a stable place to live,” Baliuk says. “It’s difficult to look for a long-term apartment when you don’t know when the war will end.”

Throughout it all, however, Baliuk refused to completely lose sight of that future she’s been working towards.

In late March, once she and her family were safe, Baliuk sent an email to Sheridan’s international admissions department to explain her situation and see how she might be able to catch up on the four weeks of classes she’d missed. “Someday, the war will end, and what would I have then if I didn’t continue my education?” she explains. “We all have to be strong and do what we can to support Ukraine. Because of this war, our economy is going down — and if we all drop our plans and our business ideas, we won’t help our economy recover.”

Studies provided purpose and meaning during a difficult time


When BBA embedded student advisor Parmin Dhoot heard about what Baliuk was going through, his first concern was her safety. “It’s hard for me to imagine thinking about school in a situation like that,” Dhoot says. “I told her not to worry about her studies and suggested she withdraw from her courses so she could receive a full refund without academic penalty, then resume her education at a better time.”

PSB Associate Dean Dr. Roya Rouzbehani felt the same, having lived through a war herself growing up in Tehran. “I remember how difficult it was to be thinking about survival while also trying to focus on your studies. We weren’t able to go to school for months at a time because we had to stay in our homes, so we had to learn from our television,” says Rouzbehani, who oversees PSB’s Finance, Accounting Management and Economics programs. “I didn’t know what courses she was in, and I didn’t even check. I just wanted to have a heart-to-heart conversation with her to share my lived experience and see how we might be able to support her.” However, Rouzbehani could also appreciate why it was so important to Baliuk — and even beneficial — to continue her studies while she was displaced. “Those who have a ‘why’ to live can bear with almost any ‘how’,” Rouzbehani says, citing a quote from psychiatrist Viktor Frankl’s international best-selling book Man’s Search for Meaning, which chronicles Frankl’s experience in Nazi death camps from 1942-45. “In Bohdana’s case, I think fighting for her family and for her own education gives meaning to her life, and she wanted to achieve something positive during this difficult time.”

With just three weeks remaining in the winter semester, Dhoot worked with PSB professors and administrators to arrange for individualized learning plans and extended deadlines that would allow Baliuk to catch up on the work she had missed. Baliuk then focused on one course at a time, not only completing all of the assignments, quizzes and exams but excelling in them — earning final grades of 82, 85, 88 and 88 in four of her winter semester courses.

"What Bohdana has accomplished is so remarkable: returning to Sheridan to pursue her degree, experiencing a war, hiding in shelter for a month and then completing four courses with a 3.75 GPA.” 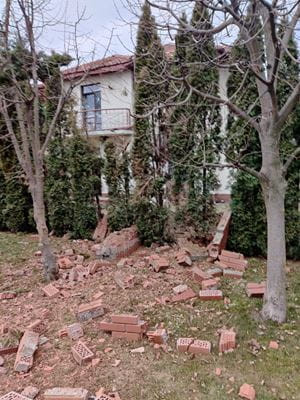 “This could not have happened without the buy-in from our faculty that were willing to create new assignments and exams. I wanted to provide Bohdana with a sense of hope and something to look forward to, and I’m glad others saw it the same way,” notes Dhoot, who leaned heavily on PSB’s strong support system during his own BBA studies before going on to earn his master’s. “But what Bohdana has accomplished is so remarkable: returning to Sheridan to pursue her degree, experiencing a war, hiding in shelter for a month and then completing four courses with a 3.75 GPA. She’s a source of inspiration to all of us.”

“I have so many different feelings,” Baliuk says. “First, I’m just glad that I am alive and that all my family is alive. Many people in Ukraine have experienced much worse stories than mine. Some people were unlucky to be at the epicentre of hostilities. Some lost their homes because of the war. Some lost their families forever, and some are still under occupation and experiencing the worst imaginary torments.

“But it’s also time for me, like for all Ukrainians, to be strong and do everything in my abilities to help my country and end this war,” she adds. “If things become better, I will return to Sheridan for the fall semester, but I cannot say for sure. We do not know what tomorrow will bring.”

Starting this September, Sheridan will offer a range of language training programs for newcomers to Canada at our new Hazel McCallion...