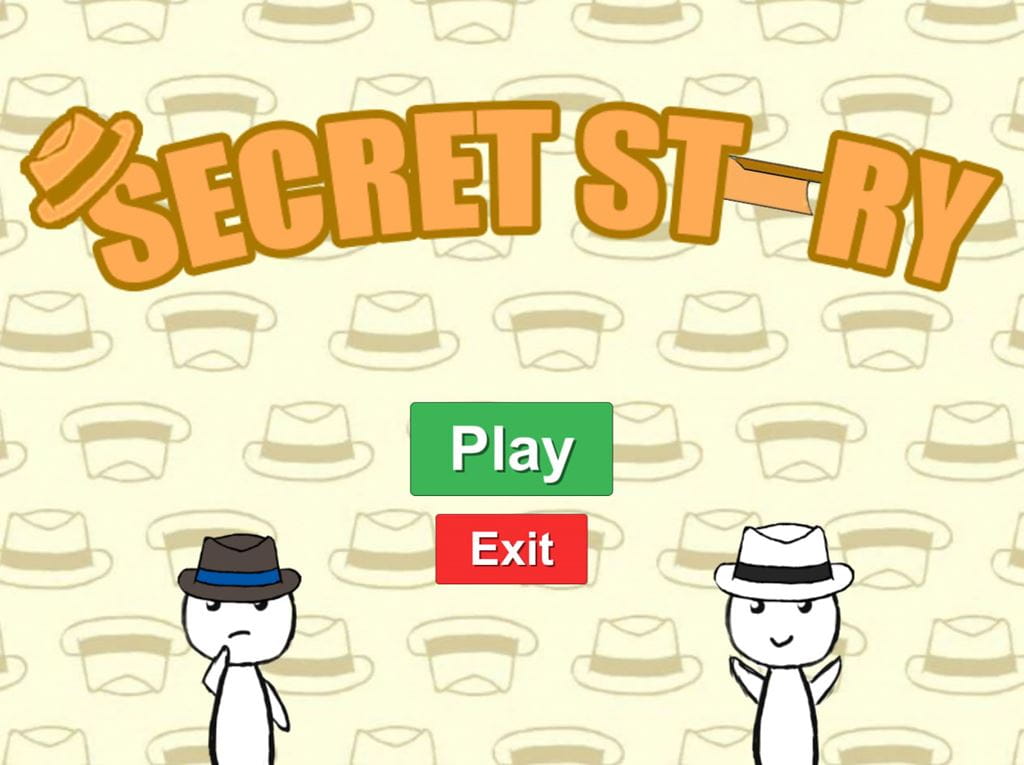 An inside look at Secret Story

Using a mobile game to promote social inclusion for older adults seems somewhat incongruous given the often impersonal aspect of digital gaming. But the prototype created by second-year Sheridan Bachelor of Game Design students Emma Collins, James Paterson and Adam Roberts, during their co-op placement at Sheridan’s Centre for Elder Research, proves otherwise. Secret Story bridges technology and human interaction by sparking meaningful conversations using on-screen prompts. The game helps combat social isolation for older adults, something the students learned – under the guidance of Dr. Lia Tsotsos, Principal Researcher and Project Manager at the Centre – is far too common. It also challenges preconceived notions of gaming and who can benefit from getting involved.

Collins, Paterson and Roberts came into their co-op placement with some beneficial experience working on other socially-innovative games. The Game Design program and Holland Bloorview Rehabilitation Hospital collaborated on the creation of interactive games for children to play in waiting rooms. They had also been involved in a five-day Sprint Week event, during which the Elder Research team put forward a challenge to students to come up with a prototype that encourages play between older adults and teenagers. With the success of that event, a formal, longer-term co-op opportunity was created. Tsotsos recalls how the three students arrived on their first day, ready to approach the opportunity similarly to the rush of Sprint Week.

“They were enthusiastic and ready to brainstorm ideas and start programming,” Tsotsos explains. “But as a research facility, and in an effort to ensure the game has legs long-term, the prototype has to have a strong foundation in research.” The first two months of the students’ four-month co-op was spent information-gathering and that step, though unexpected, was a welcome addition to the game design process for all three students.

In addition to reviewing empirical studies and watching documentaries, they play-tested existing mobile app games with a group of older adults to gain valuable feedback about suitable mechanics and controls. “We realized that older adults are looking for games that offer extrinsic value such as puzzles, educational games or ones that provide an opportunity for bonding,” explains Paterson. They also learned that tapping to select something on-screen was preferred over swiping, as were visual instructions versus wordy explanations.

“We realized that older adults are looking for games that offer extrinsic value such as puzzles, educational games or ones that provide an opportunity for bonding” – James Paterson

With research in hand the students got down to constructing a prototype that would offer a fun way to combat social isolation for older adults, and Secret Story was born. The objective is for players identified as detectives to locate a secret – the answer to a question – hidden by one person identified as the hider. The hider is prompted with an engaging question at the start of the game such as ‘what is your fondest dining experience?’ and then virtually positions the answer to that question behind one of the multiple objects on screen. The detectives ask yes or no questions about the location of the secret and when they feel confident guessing where it’s hidden, they tap that part of the screen to see if they are correct. If they locate the secret, the hider then reveals the answer to the question and sparks a conversation. “Since it’s not fully digital and involves interaction away from the screen, it’s a unique hybrid gaming experience,” explains Roberts. 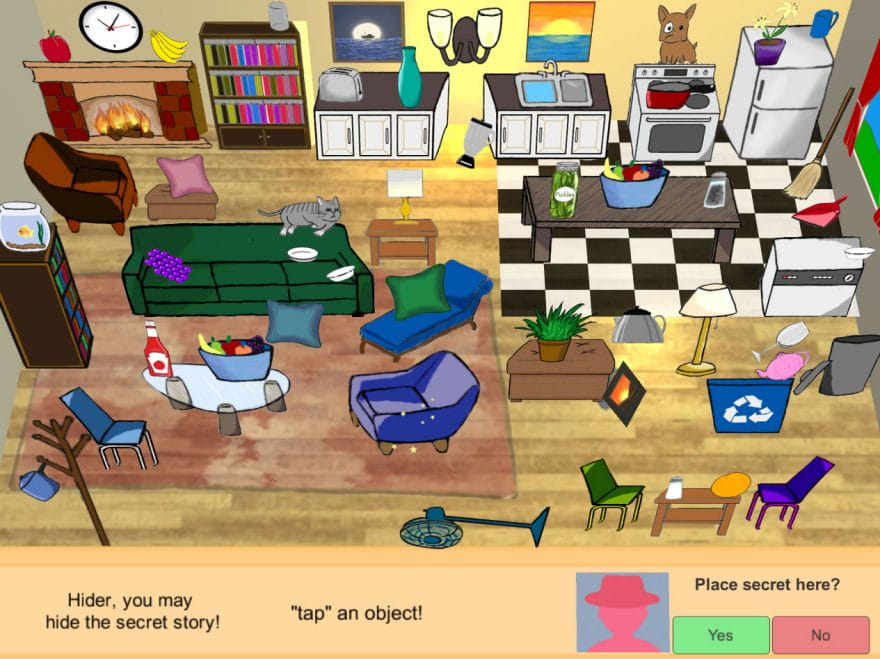 To bring Secret Story to life Collins handled the artistic elements, sound design, and game-design document, Roberts handled game-play programming, and Paterson worked on the user-design aspects including the interface, main menu, and player set-up. Initial feedback to the game has been positive. Even a paper prototype played with employees in the Centre incited many laughs and conversation.

“Not a lot of companies are working in the space of gaming for older adults but if you read between the lines, there is a market, and there is a need” –  Dr. Lia Tsotsos

At the end of the placement the students hope to have a prototype that includes one well-developed kitchen scene with many hiding places. Tsotsos is exploring avenues for commercialization or an industry partnership for further development of the game. “Not a lot of companies are working in the space of gaming for older adults but if you read between the lines, there is a market, and there is a need,” she says. Collins explains: “Unlike many realize, older adults are willing to learn new technologies. We hope that Secret Story hits the mark.”

Pictured at top of page: Still from the Secret Story mobile game