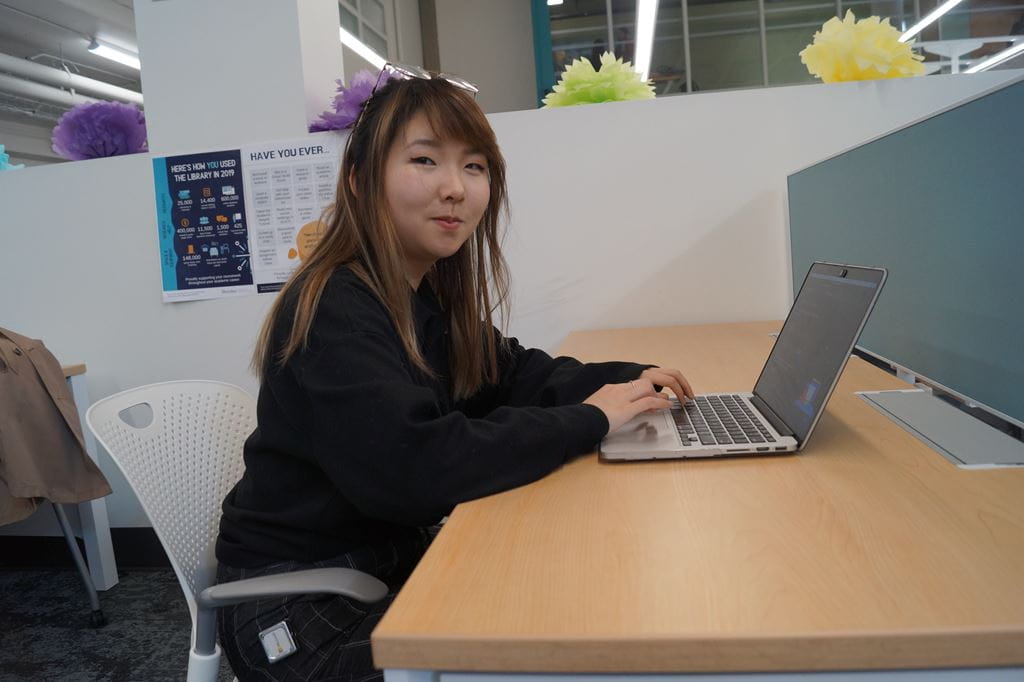 Bachelor of Interaction Design student Christina Weng will be celebrating two milestones this summer: the receipt of her Sheridan degree – and relocation across the border to Menlo Park, California. In Silicon Valley, a destination she’s had her sights set on since the start of her program, she’ll be joining Facebook’s ads and business team as a full-time designer.

This won’t be Weng’s first foray into big tech. For her third-year co-op placement she spent three months in Vancouver, British Columbia at Microsoft, as a designer on the Garage team, its outlet for experimental projects that encourages innovation in an accelerator environment.

It was there, helping to design and launch its Web Template Studio – an open-source visual studio code extension to help web app developers save time – she found confidence working in a position that required her to do everything from user research to design to marketing. More than 120,000 downloads of the tool later, she humbly calls it a success and “one of the greatest opportunities to prepare me for the future overseeing design projects and working collaboratively.”

Following that exceptional co-op placement, Weng was recognized at the provincial and national levels as Education at Work Ontario and Co-op Education and Work Integrated Learning Canada’s college Co-op Student of the Year. It’s an honour that she ascribes to her Sheridan experience. “I am so fortunate to be part of an environment where I’m set up for success,” she says.

Having completed coveted co-op opportunities and earning accolades, it may come as a surprise that Weng arrived at Sheridan with little tech and creative experience, leaving behind business administration studies at university in pursuit of something more aligned with her passion for systems designs and improving processes.

“Coming to Sheridan was like a breath of fresh air,” she says. “Learning visual design and being able to practice it for the first time affirmed that I made the right decision.” Applying a similar perspective to optimizing tools and systems in her design work, she’s found ways to optimize her overall Sheridan experience, and often in ways that will benefit her peers in the tightly knit Interaction Design program.

For example, in 2017, Weng founded Hackademics and served as its inaugural president. It’s a student-run club involving Interaction Design and Mobile Computing students who are eager to apply their knowledge and innovative skill set within the collaborative setting of a hackathon. They launched the first ever student-run hackathon at Trafalgar Campus in Oakville, Ontario in February 2019, drawing more than 100 participants from schools across Ontario.

A month later, she participated in a 36-hour hackathon called Treehacks at Stanford University in California, where she won two awards. Hackathons have been a complementary learning tool to her in-class learning, while filling the bucket of making a wider social impact, something one of her professors and program coordinator, Myles Bartlett, has instilled in his teaching. “He always says that we should aim to leave the world in a better place than we found it,” describes Weng. “That’s what I’ve tried to do during my time at Sheridan.”

Hackville, the first student-run hackathon at Sheridan, was organized by Weng and her Hackademics colleagues in partnership with Sheridan’s Centre for Elder Research. The challenge put forward to its participants was to design solutions for older adults that tackled issues around social isolation. With more than 100 participants from schools across Ontario, big-name sponsors and partners like IBM, Amazon Web Services and AGE WELL, cash prizes and innovative, impactful pitches, the event was lauded by those involved as a success.

“Coming to Sheridan was like a breath of fresh air. Learning visual design and being able to practice it for the first time affirmed that I made the right decision.” – Christina Weng

“Christina is an engaged learner that exhibits confidence without hubris,” says Bartlett. “She uses her knowledge in ways that have moved beyond rote application into developing a unique orientation to the discipline. This has earned her the trust and admiration of her peers, allowing her to be a positive influence on her classmates and the learning environment.”

Nearing the end of her degree and with an enviable job secured, Weng reflects on her Sheridan journey from neophyte to designer, offering words of advice to the next cohort of first-year students. “Don’t be afraid to fail. Show your work bravely. Try to get away from a perfectionist head space,” she says. “Whether it’s applying for programs, work placements or jobs, it’s only one yes that matters.”