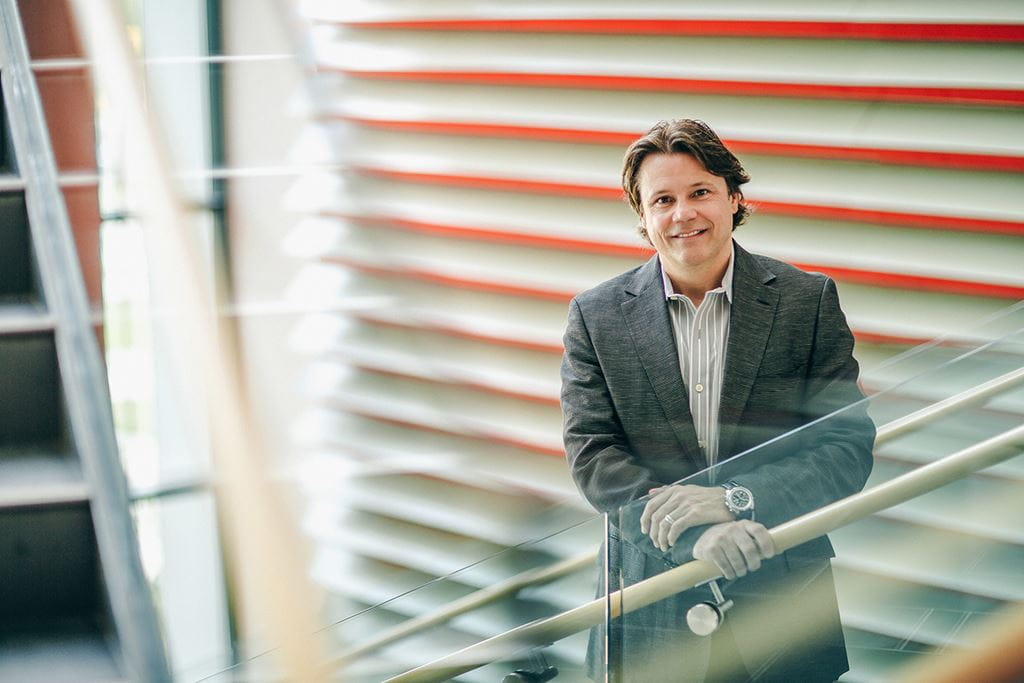 Randy Pilon in praise of a college education

Entrepreneur. Philanthropist. Family man. College graduate. These are just a few of the terms that describe Randy Pilon, President and CEO of Virox Technologies Inc. He may be all of these things, but it is definitely the entrepreneur in Randy that led to his business success, and put him in a position where he can indulge his philanthropic instincts by giving back to the next generation of business talent.

Just what does it take to be a successful entrepreneur? For Randy Pilon, it was probably a combination of several factors - an appetite for risk, hard work, and the ability to mine below the surface to find business gold. Not to mention the support of his spouse. Randy was 35 years old when he came home one day and told his wife, Catherine, that he wanted to cash in their RRSPs, mortgage the house and start a business from scratch. Rather than running for the door, she gave him the green light – and the rest is history.

He wanted to cash in their RRSPs, mortgage the house and start a business from scratch.

But before that, he was a rising young executive on the corporate fast track. Soon after graduating from Sheridan’s Business program in 1982, Pilon joined leading global eye care company Bausch & Lomb, rising through the ranks to become Corporate Vice-President of the Canadian operation and a member of the 17-person global leadership team. All the while, he harboured a dream of launching his own company, and kept his ear to the ground for potential business opportunities. 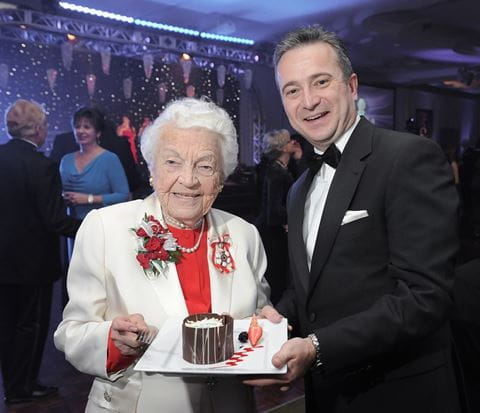 When he was approached by the Life Sciences team at the Royal Bank of Canada about a promising new disinfectant created by an independent scientist, Pilon was intrigued. Predicting the move of disinfection products from hospitals to households, Pilon saw a future for this new germ-fighting technology, which was a highly effective “green” alternative to traditional toxic disinfectants.

After creating a business plan, he formed an investment group and bought the rights to the disinfection technology now known as Accelerated Hydrogen Peroxide (AHP). In addition to pledging his own assets, Pilon approached friends and family for seed capital, and in 1999 Virox Technologies was born.

Although he was nervous giving up a high-paying job to start all over again, Pilon felt he would lose more than money if he didn’t take that chance. “I knew that no matter what happened, I would gain a wealth of knowledge and experience. Most importantly, I would never have to look in the mirror and ask, ‘What if?’"

His new company quickly gained momentum, but it was the severe acute respiratory syndrome (SARS) crisis in Toronto eight years ago that really put Virox on the map. In response to the overwhelming demand for disinfectant agents, Virox had the product and the agility to quickly increase production capacity, and became the go-to source among health care agencies and hospitals, with the Ontario Ministry of Health specifically calling for the use of AHP virtually everywhere people were at risk. Since the SARS crisis, the market for hygiene and disinfectant products has continued to grow worldwide, spurred by such events as last year’s global flu pandemic.

Virox has gone on to market its product through several leading global partners such as Bayer, STERIS Corp, Diversey, and DEB group to name a few. A recent highlight for the company was winning the prestigious Canadian American Business Council Award for Business Excellence. The Oakville-based company has been listed three times in Profit magazine’s "Companies to Watch," featured in The Globe and Mail, Toronto Star, National Post and Report on Business Television, and in 2005, Pilon received the Oakville Award for Business Excellence-Entrepreneur of the Year.

With Virox an established success, Pilon has had more time in recent years to pursue another passion – helping the younger generation prepare for success in a changing marketplace.

He credits longtime Business Professor, Brian Lyons, for bringing him back into the Sheridan fold. After seeing Pilon on television in 2005, Lyons invited him to take part in Sheridan’s Business Strategy Game during which students manage a virtual company. “Coming back to Sheridan rekindled my school spirit and sparked my interest in reconnecting. It has been a rewarding experience,” says Pilon, who has expanded his involvement in business education, most recently as a judge at the 2010 Ontario Colleges Marketing Competition.

“The Future Forum gives students something I never had – the chance to network with professionals and peers, and hear directly from industry leaders about career planning,” says Pilon, a member of Sheridan’s Faculty of Business Hall of Fame. Jennifer Ho attended the 2009 Forum, receiving one of three Virox Future Forum scholarships. She now works for Microsoft as their Event Marketing Manager, and recalls the benefit she received from attending the forum. “Not only did we review how social media and technology have changed the business landscape today, but we learned how to become career-ready for this new work world,” she says.

A believer in lifelong learning, Pilon continued his education while at Bausch & Lomb, completing the Queen’s Executive program in 1995. After starting Virox, Pilon went on to obtain his MBA at the University of Toronto Rotman School of Business, where he won the coveted You Speak We Listen award, voted anonymously by faculty and students for the student who brings the most value to the classroom. In addition, Pilon has completed the Institute of Corporate Directors Corporate Governance Program at Rotman, and the Harvard Business School course on Strategic Planning and Competitive Advantage.

Despite his ongoing academic pursuits, Pilon is quick to point out that he started Virox as a college graduate. “Yes, I went on to further my education, but that was later. Students shouldn’t think a college diploma is second-tier,” says Pilon, whose daughter Danielle graduated from Sheridan’s Early Childhood Education Program, and his son Jonny is now studying culinary arts at Niagara College.

Pilon has demonstrated his belief in the value of a college credential by hiring four Sheridan alumni at Virox. Melissa Chito, Manager of Marketing Services, joined the company soon after graduating from the Business Administration-Human Resources Program in 2007. “At Virox, Randy shares his knowledge with each of us and fosters a culture of continuous learning, which includes his remarkable strategic planning abilities. Employees are challenged each year to create a personal strategic plan under Randy’s mentorship.”

Not only does he donate his time and mentoring touch, Randy is also an exceptionally generous supporter of Sheridan through his role on Sheridan’s Board of Governors, as a former member of Sheridan’s Student Capital Fundraising Cabinet and as sponsor of the Big Picture Gala’s Business Award for the past four years.

Particularly outstanding is Pilon’s personal commitment to Sheridan of $500,000, half of which will support the new campus in Mississauga. The first floor lecture hall at the new campus will be named in his honour. His gift represents the largest alumni donation ever to the college. Pilon is proud to be playing a large part in the creation of the new campus which he believes will give the Faculty of Business the profile it deserves.

"Randy is an accomplished entrepreneur who has demonstrated his generosity and expertise at every level possible here at Sheridan,” says Sheridan President and CEO Jeff Zabudsky. “His donation of time, expertise and financial support will go a long way in helping business students develop to their full potential.”

The next generation of industry leaders

The Class of 2020 is marking a grad year truly unlike any other.