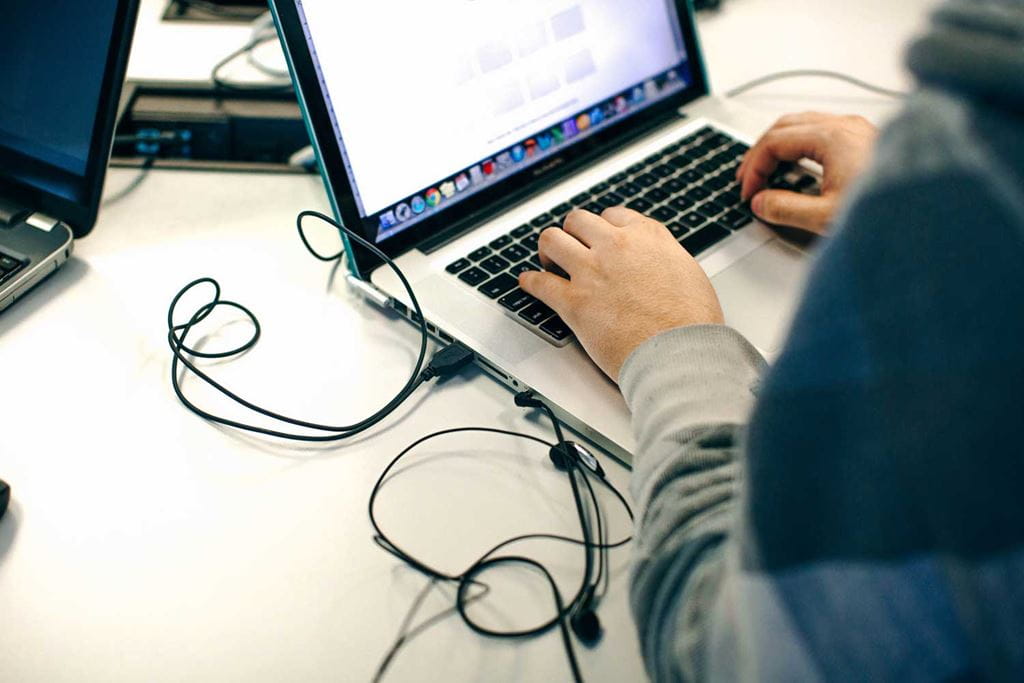 In September of 2001, Domenic Perri (Business '97) was living in Battery Park City in New York, directly across from the World Trade Center towers. On the morning of Sept. 11, he got up early and headed to his office in midtown. Just a few short hours later, he, along with millions around the world, watched as the 100-storey skyscrapers collapsed following the deadliest terror attack on American soil. For Perri, the impact was immediate. Suddenly, he had nowhere to live; his apartment lay in ruins.

A month later, a firefighter escorted him back home, which was now a wreckage of asbestos and papers from the felled offices that had blown in through gapes in the apartment walls. He salvaged what he could of his belongings, including his Canadian passport, in case he decided to come home to his native Mississauga.

At that point, Perri remembers well how his family and friends urged him to return to Canada. He was only four years into his career in the tech sector, and New York City, which had once seemed full of opportunity, had turned very bleak. The dot-com bust was well underway, and with no place to live and an entire city in chaos, it seemed logical to head north. But Perri wasn't ready to turn his back on his new home or career. In fact, he bet that more opportunities would come his way if he stuck it out. "I saw it as an opportunity. At the time, I was (working) in cybersecurity. It actually was a bit of a tailwind for security," he recalls. "Everything changed. You saw how building security and physical security changed the way we flew and went through airport security. I think that also impacted computer networks as well. A lot of big organizations were even more focused on protecting their data and their information."

Seeing the space for growth and opportunity throughout that journey has served Perri well through his career, which has largely followed the ups and downs of the past 20 years. From the dot-com boom and bust at the turn of the 21st century to the rise of cloud-based computing and the surge in Silicon Valley. Today, as a partner at Vertex Ventures US (Vertex US), a venture capital firm in Palo Alto and San Francisco, California, Perri works with early stage founders to build tech solutions that are changing how many companies do business. Vertex US provides support and early stage financing to startups to help them scale up their operations. The firm focuses on cybersecurity and business solutions for companies ranging from home building to digital manufacturing and financial technology solutions. Perri says the best part of his job is that it allows him to get connected to founders on the ground floor of their work and help them uncover some great opportunities.

Everything starts with an idea ... and it takes some people to believe in what you're doing.”

Seeing opportunities in unexpected places is what first drove Perri to study at Sheridan in the first place. The son of Italian-immigrant parents who valued practical skills and hard work over formal education, Perri never thought too much about going on to higher education. In high school, he took a business accounting course and realized he wanted to know more about running a business. That led him to enroll in Sheridan's business program.

He graduated in 1997 when the internet was brand new and the technology sector was full of possibility. He landed a job at BRAK Systems, then a small cybersecurity company in Toronto, run by Robert Herjavec, who's most well-known for his role as a judge and investor on the CBC series Dragon's Den. "Businesses were just starting to get connected to the internet and actually using it for some business reason," he recalls. "The internet was this whole sort of new thing that everybody was learning. And that, I think, helped me in the sense that everyone was a bit on the same playing field because of this new novel concept."

When AT&T Canada acquired BRAK, Perri began searching for new opportunities. In 2000, he made the decision to move into the sales side and spent four years selling cybersecurity products to Wall Street, including clients like Morgan Stanley, Goldman Sachs, and Merrill Lynch. In 2004, he joined the mergers and acquisition team at Juniper Networks in California, spending the next 11 years there. At the same time, cloud computing began to scale up, and so too did the abundance of opportunity in Silicon Valley. He took on roles leading business development at Flashpoint, a venture-backed startup focused on cybersecurity intelligence. He also spent time working in a mergers and acquisition role at Tesla and in a Director of Business Development role at Dropbox, helping the file-sharing workspace solution target more corporate clients.

"I like the old saying of success is not a straight line, it’s very true," he says when reflecting on his career. "I think it's reflective of my career. Lots of twists and turns and zigzags and trying different things. I'm thankful for those experiences."

When Perri landed at Vertex in late 2019, he was looking for the chance to build startups. He'd been intrigued by the prospect of working with venture capital, something he had the chance to taste from the corporate side throughout his career, including Flashpoint, where he worked on securing funding from investors.

"Venture capital was one of those paths that I always thought about throughout my career," he says. "I've been fortunate to meet a lot of really great VCs and VC firms, and I've interacted with a number of them."

Now, as more and more businesses turn to tech solutions to bolster their business – many spurred on by the need to operate remotely during the pandemic – Perri is focused on helping Vertex grow its business in different spaces, including cybersecurity, cloud infrastructure, data analytics, machine learning, and artificial intelligence. He says the excitement of helping ventures sprout from an idea and grow into household names that are raising millions through initial public offerings (IPOs) can't be replicated.

"Everything starts with an idea, and I think you have to be really open-minded when you're talking to founders or exploring new ideas. It starts with a novel idea, leading to taking some risk and giving it a chance. And it takes some people to believe in what you're doing," he says. "I think a lot of it rests on the founders. They've got to really have that sort of conviction that they can really create and build an incredible company."

Perri believes there's also plenty of opportunity for tech visionaries north of the border, and he's eager to take advantage of his position on the tech sector's frontlines to help Canadian startups get connected with Silicon Valley.

As a member of the C100 - a global group of Canadians working in tech who mentor and support Canadian entrepreneurs by connecting them with talent, partners, and investment - he gets to see many new ventures in their infancy. Over the years, his involvement in C100 has given him the chance to interact with some of the up and coming who's who of the Canadian tech scene, including Shopify CEO Tobias Lütke.

"It's pretty cool to now fast forward and see that they've built these really industry-changing companies and multibillion-dollar companies," he says. "To be part of the early journey of trying to address a really interesting problem and doing it in a novel way, or a better way, and building a big company around that - I think it's just super exciting."

Even in the middle of a pandemic, Perri continues to see the tech sector's growth potential. In a world where home, school, and shopping exists in an online space, he thinks the growth opportunities are plenty, and he'd encourage any entrepreneur to get a jump in on their ideas.

"Start now - it's never too late. And yes, I think in times of crisis and uncertainty, while that may seem really daunting and scary, new opportunities will emerge as a result. There's no better time than now to start a company."

How can you harness the power of art to bring the Sheridan community together and foster well-being? When Art Fundamentals…

Sheridan takes additional steps on the path to lasting change