Stepping in front of the camera and blurring the line between documentary filmmakers and film subjects proved to be an empowering creative decision for one team of Sheridan Honours Bachelor of Film and Television (BFTV) students. The third-years offer a glimpse into their personal experiences with cultural dysphoria – an emotional response precipitated by navigating multiple cultural identities – in their short called On the Fence, which the CBC has licensed as part of Toronto Reel Shorts 2020. 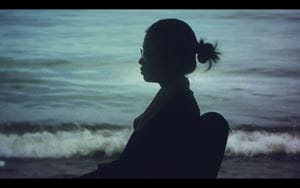 “It was a cathartic process,” says On the Fence director Paula Ner Dormiendo. Her story of being in limbo between her Filipino roots and Canadian identity is featured prominently in the film. The internal conflict she portrayed was one that felt disarming, confusing, and as if she were betraying parts of her heritage. “There’s a perpetual feeling of nostalgia for my life in the Philippines while facing external pressures here telling me I don’t belong to one community anymore.”

She wrote the film’s pitch the summer before her third year and felt an encouraging response upon presenting it to her peers in class. On the Fence producer Asad Chaudhry remembers putting a big star next to Ner Dormiendo’s name on his notes and quickly approaching her after class about partnering on the film. “I felt like I’ve dealt with what Paula was describing for most of my life,” he says. “I knew I needed to be involved.”

“The beauty with identity and discovering yourself is that there’s no right or wrong approach. It’s about reclaiming parts of yourself.” – Paula Ner Dormiendo

Chaudhry, who is Canadian-born with immigrant parents from Pakistan, described the production process as therapeutic. “I didn’t realize there was a term for the feelings I’d been experiencing,” he says. “It’s not something that many are familiar with, but putting a name to it was helpful for my own coming to terms.” The film’s tagline, “connected by disconnect” helps describe the common thread woven throughout each crew member’s story.

As compelling as the film’s theme is its aesthetic. Ner Dormiendo knew she wanted to move away from a talking-head doc and try something experimental. The opening sequence emulates the sound and look of an old film reel. Subjects are filmed in silhouettes with photos and video projected in the background and original music plays throughout. “We wanted to make the projected images a scrapbook of sorts, so we used real footage from our team’s childhood and hometowns,” she says. “It helps visualize what home means to each subject.” 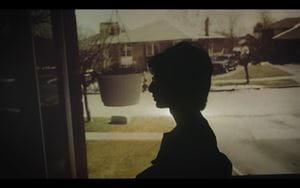 After screening the film for their faculty mentor Kaija Siirala, the team was elated by her response. “She was touched by it. She said: ‘it’s not about one culture dominating the other, it’s about being pulled by both,’ recalls Chaudhry. “Her comments made us realize she understood us.” Siirala says she was impacted by the deeply personal stories her students shared. “The depths of vulnerability and intimacy that each person dove into while making this film is incredibly brave and to my mind is what makes the film so powerful.”

One of the challenges the team faced in post-production was tying together a non-linear story into something that made sense for an audience. “We used the phrase ‘kill your darlings’ throughout post-production because we had so much great footage that we just couldn’t use,” says Chaudhry. “We had to make tough decisions on the cutting-room floor.” Ner Dormiendo adds: “But when a powerful narrative emerges from tens of hours of footage, it feels all the more satisfying.” Siirala helped the students stay true to their original vision. She advised: “Everything flows from the kernel of this foundational idea and should guide the project, even as it shifts and takes unexpected turns.”

“It’s not something that many are familiar with [cultural dysphoria], but putting a name to it was helpful for my own coming to terms.” – Asad Chaudhry

The On the Fence team looks forward to the opportunity to reach a wide audience with a film that was a part of their academic requirements. “I haven’t even graduated from BFTV, and my work is going to be on the CBC,” says Chaudhry, elated. “Students in the program are ambitious and Sheridan’s BFTV faculty foster it,” adds Ner Dormiendo.

Reflecting on a filmmaking journey that was also one of self-discovery, Ner Dormiendo says: “The beauty with identity and discovering yourself is that there’s no right or wrong approach. It’s about reclaiming parts of yourself.”

Keep on eye on Sheridan’s channels for the broadcast date of On the Fence on CBC. After the film airs, it will be available on CBC Gem until 2022.

Pictured at top of page: A still from the Sheridan student-made documentary On the Fence.

Written by: Keiko Kataoka, Manager of Communications and Public Relations at Sheridan.