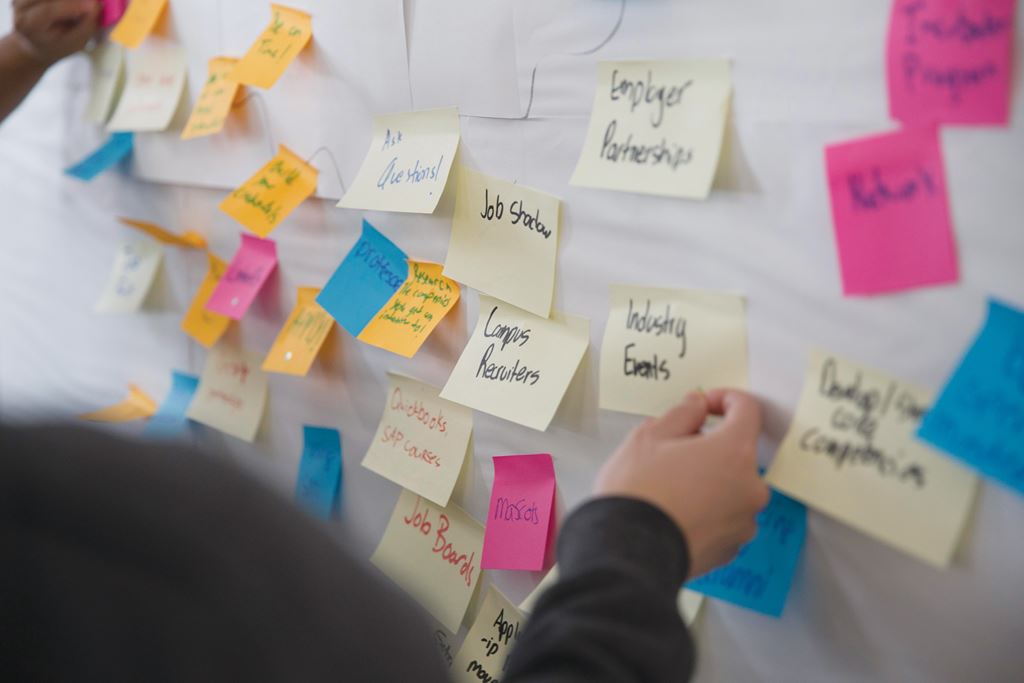 A milestone in creativity at Sheridan

During Sheridan’s Convocation ceremonies in June 2016, the first round of students to complete the Board Undergraduate Certificate in Creativity and Creative Problem Solving will be presented with their certificates. It’s a significant milestone for an institution that has carved a space in postsecondary education as Canada’s Creative Campus.

Sheridan has been synonymous with creativity for decades and in recent years has built on that repute, embracing an institution-wide philosophy that puts a deliberate focus on creativity across all Faculties, regardless of discipline.

“Creativity entails new ways of knowing, understanding and meaning,” says Dr. Yael Katz, Director of the Institute for Creativity and Creative Campus at Sheridan. “It involves the production of new or original ideas that are useful and valuable.” Central to Sheridan’s approach to creativity is the belief that it can be taught, learned and honed. And in a fast-paced information age, “creative thinking can bring about that vital idea engine that enables people to experiment and drive change,” adds Katz.

“Creative thinking can bring about that vital idea engine that enables people to experiment and drive change.” – Dr. Yael Katz

Sheridan’s creativity mandate is directly aligned with skills recognized by employers as critical to success in the 21st century. The World Economic Forum released a report in January 2016 titled The Future of Jobs in which creativity is cited as a desirable cognitive ability in the workplace.[i] Studies show that today’s graduates will change jobs 11 times between the ages of 18 and 24 and may work in jobs that don’t even yet exist. [ii] Giving Sheridan students skills in creativity and creative problem solving can inspire resiliency and flexibility.

The Board Undergraduate Certificate in Creativity and Creative Problem Solving

The unique Board Undergraduate Certificate in Creativity and Creative Problem Solving, launched in January 2015, is open to students enrolled in any of Sheridan’s degree programs. Completing this collection of six breadth courses, that focuses on creativity and creative problem solving and spans a range of fields of study across disciplines, results in the awarding of the Certificate – the first of its kind in Canada and endorsed by the International Center for Studies in Creativity at SUNY-Buffalo State.

“The courses are designed in such a way that students will be able to integrate cross-disciplinary research and theory on the nature and context of creativity, facilitate the Creative Problem Solving (CPS) process, practice creative leadership when solving complex problems and instigating change, and model creative modes of expression, among other skills,” explains Sean McNabney, Associate Dean in Sheridan’s Faculty of Humanities and Social Sciences.

Dr. Michael McNamara, Professor of Creativity and Creative Thinking, was introduced to Creative Problem Solving in the mid-2000s and immediately recognized its value. “I’m interested in the endless possibilities for transformation that present themselves when we critique and transcend the limits of our current worldviews,” he says. For McNamara, the students who complete the highly-interdisciplinary courses will hopefully see the value of studying creativity beyond enhancing employment. “Your imagination is a catalyst for your own liberation in this life,” he says. “I see students beginning to open themselves to the possibility that their world could be radically different. And I’m most inspired when they demonstrate the courage to make it so.” 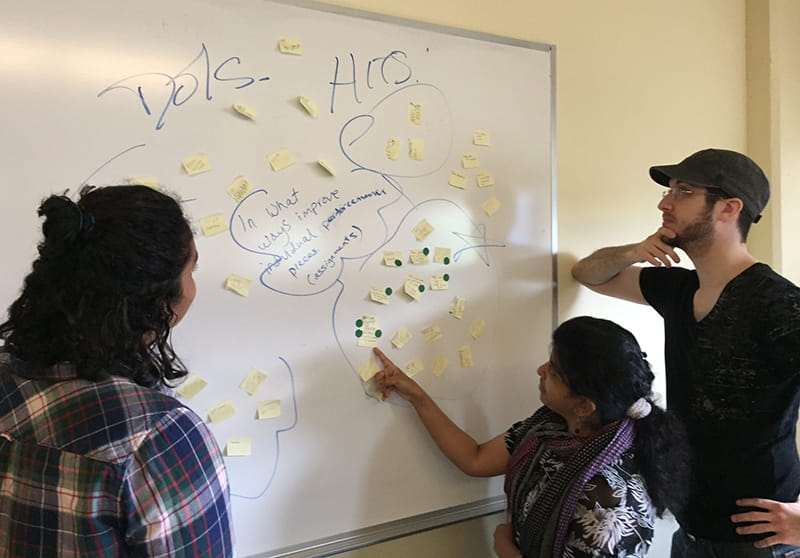 Since January 2015, over 1300 degree students have enrolled in at least one course in creativity and 12 students, 10 of whom are graduating, completed the requirements in the Winter semester of 2016 – a remarkable achievement in such a relatively short time. Sheridan’s range of bachelor programs – Animation, Film and Television, Early Childhood Education and Interaction Design, to name a few – means each class in creativity brings together a diverse group of thinkers.

Seth Stevenson, graduating from Bachelor of Photography, and Veina Wang, graduating from Bachelor of Business Administration (Global Business Management), had similar motivations to get involved in the Certificate, despite coming from different disciplines. “I’ve always thought of myself as a creative person – musically and artistically – but I didn’t really know how to tap into that in a deliberate way and unlock it,” Wang explains. Stevenson adds: “As a photography student I’m in a creative field but can be a very analytic person and at times struggle with my own creativity. I wanted to be able to articulate, thoughtfully, what creativity is and be aware of it so I can explore how to evaluate my own.” 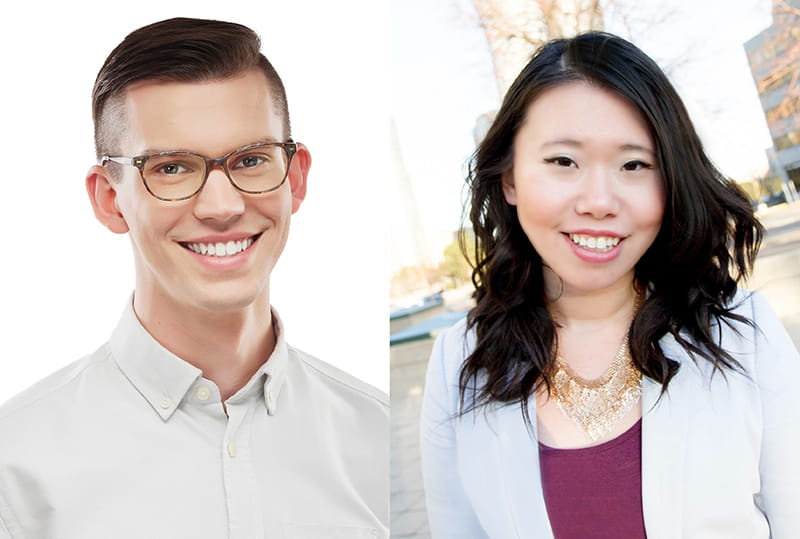 Elements of the courses taken by Stevenson and Wang include dispelling myths around creativity, understanding divergent and convergent thinking for idea generation, exploring creative capacity, learning what it means and how to ‘think outside of the box’, analyzing the characteristics of creative thinkers, understanding how creativity can be used malevolently, and Creative Problem Solving facilitation. Class structures vary – lecture-based, student-directed learning and seminar-style – which Wang describes as “hugely refreshing.” As both were taking courses in their respective degrees at the same time as their creativity courses, there were opportunities to apply learning in creativity to their other course work and outside of the classroom.

“This research helped me produce something that I felt was new and offered something to that space that hadn’t been done before – something truly creative.” – Seth Stevenson

For a project in one of Stevenson’s final-year courses he wanted to push his own creative boundaries and approach it using some new tools he’d learned. “I now understand that research is so important in creativity,” he says. “In photography it sometimes feels that so much has already been done, and overdone, so research helped me approach projects in new and interesting ways.” For a photo series project Stevenson researched 30 people who had photographed flowers in interesting ways and then decided how he would take a different approach. “This research helped me produce something that I felt was new and offered something to that space that hadn’t been done before – something truly creative,” he says.

Wang, who will be receiving the Alumni Award of Excellence in Creativity at the Faculty of Humanities and Social Science’s Awards Ceremony, has already applied her learning in creativity in the workplace. She facilitated a Creative Problem Solving session around how to improve customer service with her colleagues at TD Bank. ”A lot of ideas came to the table during the session and afterward employees, my manager included, commented to me that they thoroughly enjoyed this new approach to finding solutions,” she says. “Right now we are in the process of narrowing down some of the ideas and figuring out how to apply them in the workplace.”

“I feel confident in that I know creativity needs to be part of the work I do in the future. My experience with creativity was so enjoyable. It was a process. I feel like it had a positive impact on my life.” – Veina Wang

Reflecting on her experience, Wang says: “I feel confident in that I know creativity needs to be part of the work I do in the future. My experience with creativity was so enjoyable. It was a process. I feel like it had a positive impact on my life.” Stevenson, who has found full-time employment with Plexman Photography in Toronto as a First Photography Assistant, adds: “It’s nice to walk away from my degree with a birds-eye view on creativity and how creatives work.”

Outside of degree program opportunities, all Sheridan students are exposed to pedagogical approaches to creativity whether through interdisciplinary course work or creative activities within their fields of study. In addition, more than 1900 students in certificate and diploma programs have taken advantage of a General Education elective titled Creative Thinking: Theory and Practice, offered since 2012.

From the Certificate to spaces, programs and processes, Sheridan is institutionalizing, integrating and embedding creativity throughout the institution. It’s the cornerstone that differentiates the Sheridan experience.

Watch a video on creativity at Sheridan narrated by Dr. Yael Katz.

[i] World Economic Forum. The Future of Jobs: Employment, Skills and Workforce Strategy for the Fourth Industrial Revolution. Geneva, Switzerland. 2016.