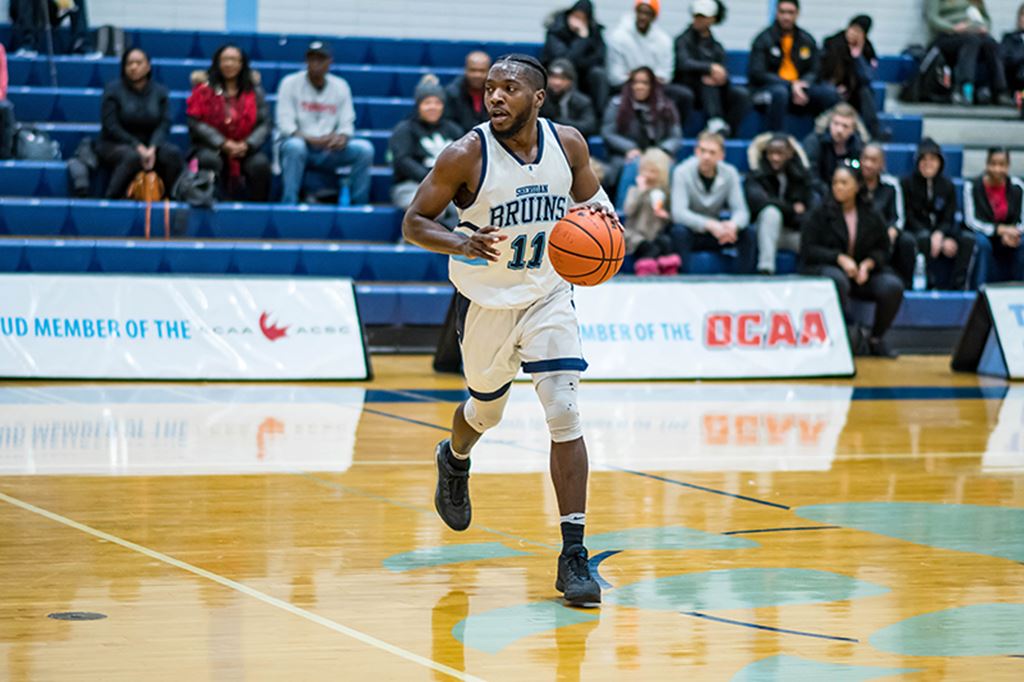 Campbell is the second player in Sheridan Bruins history to be honoured in this way, joining Shane Bascoe (2000). The fifth-year guard ranked second in the Ontario Colleges Athletic Association (OCAA) this season in scoring average (24.6 points per game) and led the Bruins in minutes played, rebounds and steals. He was also named the OCAA’s player of the year, an OCAA first-team all-star and a CCAA all-Canadian.

“Nick has been a dominant force for the Bruins over the four years he has played there,” CCAA men’s basketball convener Jonathan Lambert stated in a release. “He is known by his teammates and coaching staff as a player who sacrifices himself for the betterment of his team.”

“I’m just grateful and thankful,” said Campbell, a two-time national silver medalist (2017 and 2019) who will depart Sheridan this spring as the program’s all-time leading scorer. “Being national player of the year is something that I knew was possible, but to be totally honest, I wasn’t thinking about it. I was just trying to be the best player I could be for the team.”

Campbell intends to pursue professional basketball opportunities in the future and is also considering a career as a private investigator. The Brampton native currently works with youngsters in various basketball camps.

“I can’t remember very often when I had to re-teach something to Nick,” said Sheridan head men’s basketball coach Jim Flack. “He just works hard and does what he is asked to, like a machine.”

The Sheridan Bruins are one of the most successful programs in Canadian college men’s basketball history, winning two national titles and 13 provincial championships. Head coach Jim Flack was the 2001-02 CCAA coach of the year and has been named the OCAA’s top coach 11 times, while Bruins players have been named CCAA All-Canadians on 12 occasions.