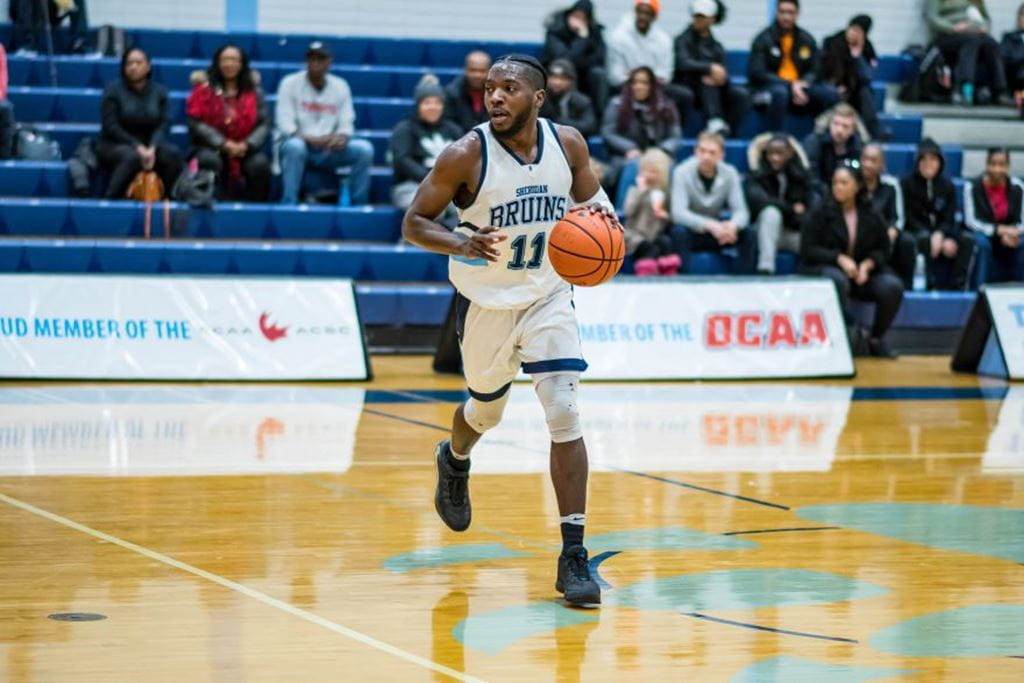 ‘A dude who does everything’: Bruins’ Campbell named national Player Of The Year

One of Nick Campbell’s favourite memories playing basketball at Sheridan is from the Bruins’ regular-season finale in 2019.

“We were down eight at halftime against Humber, then came out in the second half, put our foot down and played really good basketball,” the veteran guard says of that 90-80 win over the rival Hawks, which sparked a playoff run that resulted in the Bruins’ second national silver in three years. “That experience, with such a great group of guys, was a special thing to be part of.”

What Campbell doesn’t mention about that game against Humber was that it may have been the finest outing of his brilliant tenure as a Bruin. The Brampton native torched the visiting Hawks for a career-high 32 points on 12-of-18 shooting, hitting all three of his three-point attempts and going a perfect five-of-five from the free-throw line. Campbell’s thorough effort also included nine rebounds and three steals, prompting coach Jim Flack to rave after the game: “Nick Campbell refused to let us lose.”

“Being national player of the year is something that I knew was possible, but to be totally honest, I wasn’t thinking about it. It wasn’t something I was really going for. I was just trying to be the best player I could be for the team.” – Nick Campbell

Playing down his own achievements seems on brand for the soft-spoken Campbell, who Flack describes as “Arnold Schwarzeneggar’s Terminator — he just works hard and does what he is asked to, like a machine.” But even if Campbell isn’t quick to inform you that he will soon graduate as the all-time leading scorer in Sheridan basketball history, others are certainly aware of his value to the Bruins. That includes the Canadian Collegiate Athletic Association, which recently named Campbell as its men’s basketball player of the year. Campbell joins Shane Bascoe (2000) as the only Bruins to earn the prestigious award. 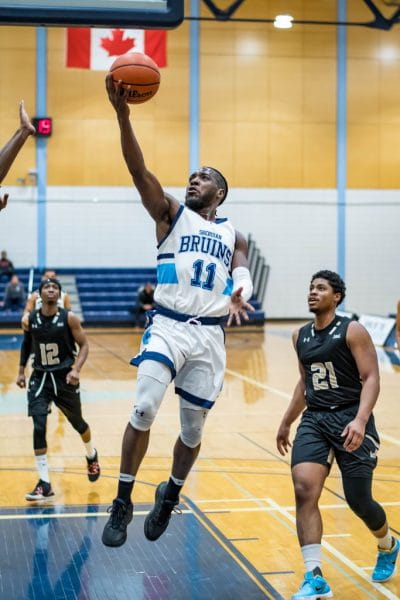 ‘Just trying to be the best player I could be’

“It definitely took a couple of days for this to sink in. I’m just grateful and thankful,” says Campbell, who ranked second in the Ontario Colleges Athletic Association this season with 24.6 points per game and also led the Bruins in minutes played, rebounds and steals. “Being national player of the year is something that I knew was possible, but to be totally honest, I wasn’t thinking about it. It wasn’t something I was really going for. I was just trying to be the best player I could be for the team.”

That’s a mentality Flack has observed in Campbell since the Brampton Centennial Secondary School grad came to Sheridan in 2016, following a one-year stint at St. Clair. In fact, Campbell’s willingness to do whatever it takes to win (he even led the Bruins this year in charges drawn on defense) has often served as a motivational tool for Sheridan’s long-time coach. “I would turn to our bench and say, ‘This is a dude who does everything else, and is still putting his body on the line,’” Flack says. “That’s indicative of somebody who understands the game and understands it’s part of a winning strategy. I’m so proud of him for that, because I’ve had a lot of guys who could score a lot and wanted no part of drawing charges.”

Prepared for what comes next

Campbell also spent the last couple of years working on his body — “He was a strong kid already, but now he’s very strong,” Flack says — and improving the consistency of his jump shot, all with an eye on continuing to play basketball after college. “I’m looking at the professional route,” says Campbell, whose older brother, Alex, averaged 20 points per game this season for the National Basketball League of Canada’s Island Storm. “I’m going to keep working and stay ready, and if an opportunity comes my way, it’s definitely something I’ll look at.”

“I would turn to our bench and say, ‘This is a dude who does everything else, and is still putting his body on the line.'” – Coach Jim Flack

But regardless of what happens next, Campbell says he feels prepared. The Investigation – Public and Private student is interested in becoming a private investigator, may also pursue a career in fitness, and already works with youngsters in various basketball camps. “Throughout my years at Sheridan, they showed me that they actually really cared about what I’m doing with my life, not just basketball,” Campbell adds. “You can’t play forever; you have to prepare yourself for life. Having those people in my ear over the years has definitely stuck with me. Going forward in life, I feel grounded and ready for whatever comes my way.”