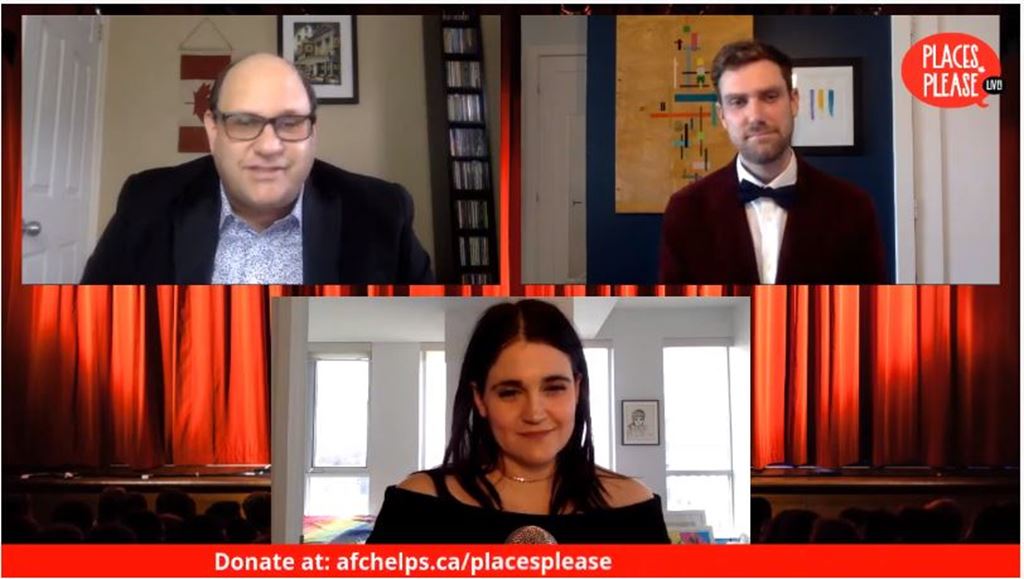 Places, Please, a 24-hour virtual telethon spearheaded by Sheridan College’s Michael Rubinoff, has raised more than $41,000 in support of members of the entertainment industry impacted by COVID-19.

The telethon was co-hosted by Rubinoff, the founder and Producing Artistic Director of Sheridan’s Canadian Music Theatre Project; Ashley Botting, an alumna of The Second City and a two-time Canadian Comedy Award winner; and Nick Green, an award-winning Toronto playwright.

The $41,028 raised by the telethon will go directly to the Actors Fund of Canada (AFC), which provides compassionate and confidential support to assist Canadian entertainment professionals when they are at their most vulnerable to maintain health, dignity and ability to work. The organization anticipates it will expend 70 per cent of its average yearly emergency financial aid budget on meeting requests for help that have come in just during the last nine days, due to show cancellations and theatre closures caused by COVID-19.

“It was incredible, and it brought our theatrical community together in a really beautiful way. I am just so appreciative of everyone who participated and selflessly shared their talents to support this wonderful cause,” said Rubinoff, who thought of the idea for a virtual telethon and involved nine students Sheridan’s Bachelor of Music Theatre Performance degree program in the organization and execution of the event. “We also could not have done it without the support from Sheridan. My students who were involved are the heroes on this. They were extraordinary.”

“I am constantly amazed and inspired by the creativity, ingenuity and compassion displayed by our staff, students and alumni,” said Dr. Janet Morrison, Sheridan’s President and Vice-Chancellor. “This has also been a tremendously valuable learning experience for all involved, reinforcing the importance of agility, resilience and imagination — all values we strive to instill in the entire Sheridan community.”

Get the details on how Sheridan College is helping entertainers overcome challenges presented by COVID-19.