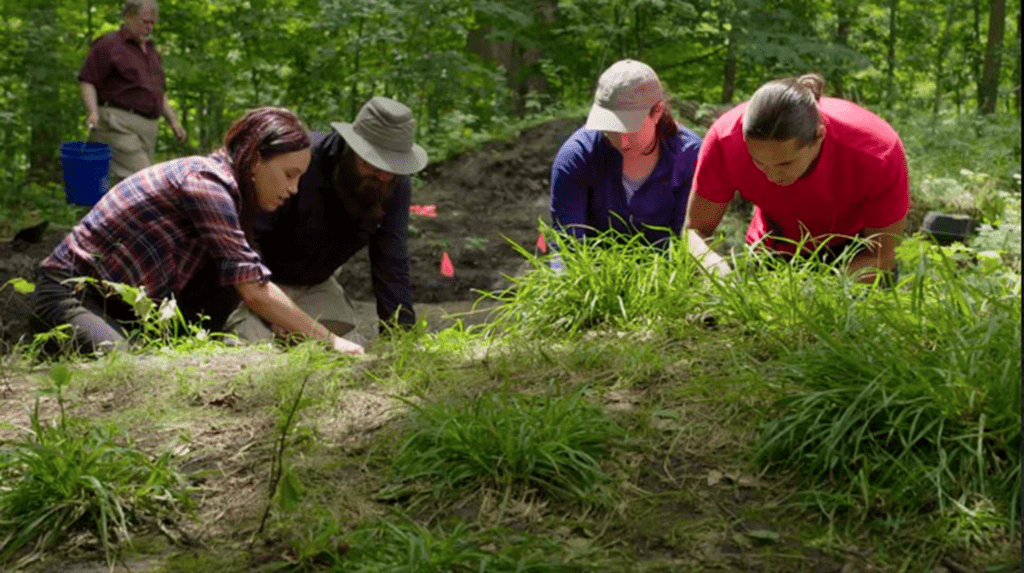 “Ultimately, what sets Wild Archaeology part from other series on the market is that this is the first time in the history of television that the archaeological record of Canada’s Indigenous peoples is comprehensively explored from the point of view of Indigenous peoples themselves,” says German (Media Arts ’95), now a full-time professor in Sheridan’s Honours Bachelor of Film and Television (BFTV) degree program.

Season 1, which first aired in the fall of 2016, won a Public Communications Award from the National Canadian Archaeological Association in 2017. Each season consists of 13 half-hour episodes and took two years to film in remote and hard-to-reach locations.

Wild Archaeology is also a first-time Aboriginal language viewing experience, featuring 100 per cent Dakota versioning of each episode as well as its entire digital media site. The Dakota Version of Season 2 will begin Sept. 26 at 12:30 p.m. eastern, with the English Version to begin Oct. 8. Shows will be aired twice a week, Mondays (4:30 p.m.) and Thursdays (12:30 p.m.).

“My films are inspired by my family history and my own personal story,” says German, a Haudenosaunee/Dakoka. “They are one of the ways I come to terms with the lingering effects of colonialism, and integral to how I’ve been able to reconnect with my identity as an Indigenous woman in Canada,” she adds. “In addition to all the other important reasons for creating a series about indigenous archaeology, I hope to show Aboriginal viewers that we have a rich history of which we should be proud.”

For more information on Wild Archaeology and an episode guide of Season 2, visit the show's official site.