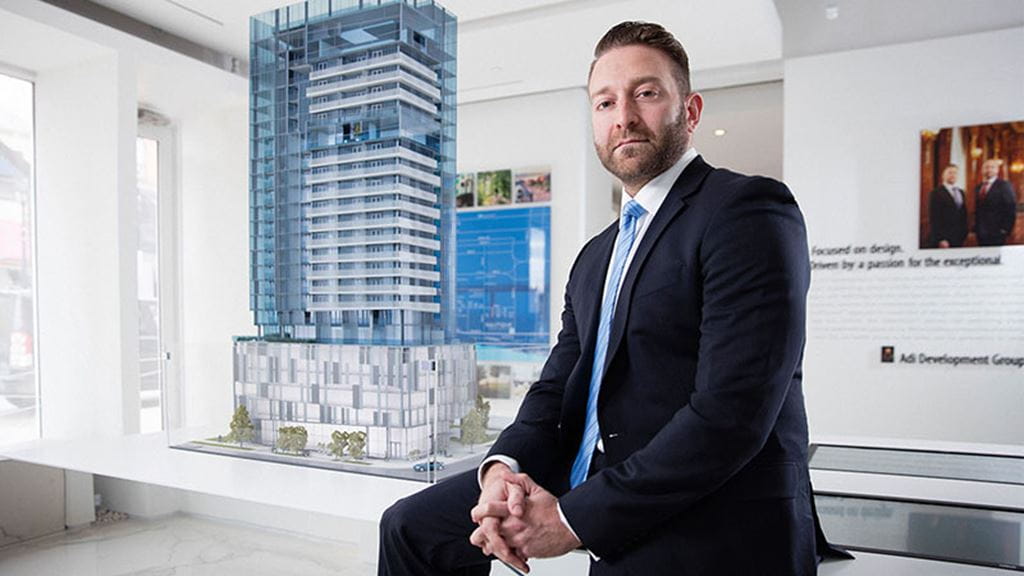 Adi Development Group President and CEO Tariq Adi (Business Administration, Finance ‘12) has been selected as a recipient of Canada’s Top 40 Under 40 Award for 2019 along with his brother and COO Saud.

Recognizing the exceptional achievements of outstanding Canadian leaders and innovators, Canada’s Top 40 Under 40 program honours young business leaders who are making significant impacts on their organizations and in their communities.

Adi grew up in Saudi Arabia. He came to Canada with his family in the late 1980s, settling in Montreal before moving to Burlington, Ont. Adi and his brother founded Burlington-based real estate development company Adi Development Group in 2007, with the goal of creating hip, yet affordable properties for a younger, urban buyer.

Recognizing that the financial statements and contracts he was managing would only become more complex as the company grew, he enrolled in Sheridan’s Business Administration, Finance program to bolster his skills. Adi completed the program while continuing to manage his business.

In less than a decade, the 2012 graduate led his company to $100-million in sales and $1-billion in new developments underway. Adi’s landmark developments across the GTA have revitalized housing options for people in the suburbs, from cookie-cutter homes to modern design, earning the development firm 14 home builder association awards recognizing innovation in building design, sales and marketing and interior design.

“I strongly believe that you get out of a career what you give,” Adi has said. “I want to build properties that will still be notable in 30 years. It’s not about the money, it’s about leaving a legacy behind.”

Adi and his brother were selected from 950 nominees. The 40 nominees will be highlighted in National Post and profiled in a feature article in the October edition of FP Magazine. They will also be featured on BNN Bloomberg in an interview series through the summer. Recipients will receive their awards at the Top 40 Awards Night Gala at the Metro Toronto Convention Centre on Nov. 6, 2019.

In 2018, Avigilon President and COO James Henderson (Computer Science Technology ’04) was also recognized as one of Canada’s Top 40 Under 40.

Read more about how Adi brought style to the suburbs in Ovation, Sheridan’s alumni magazine.