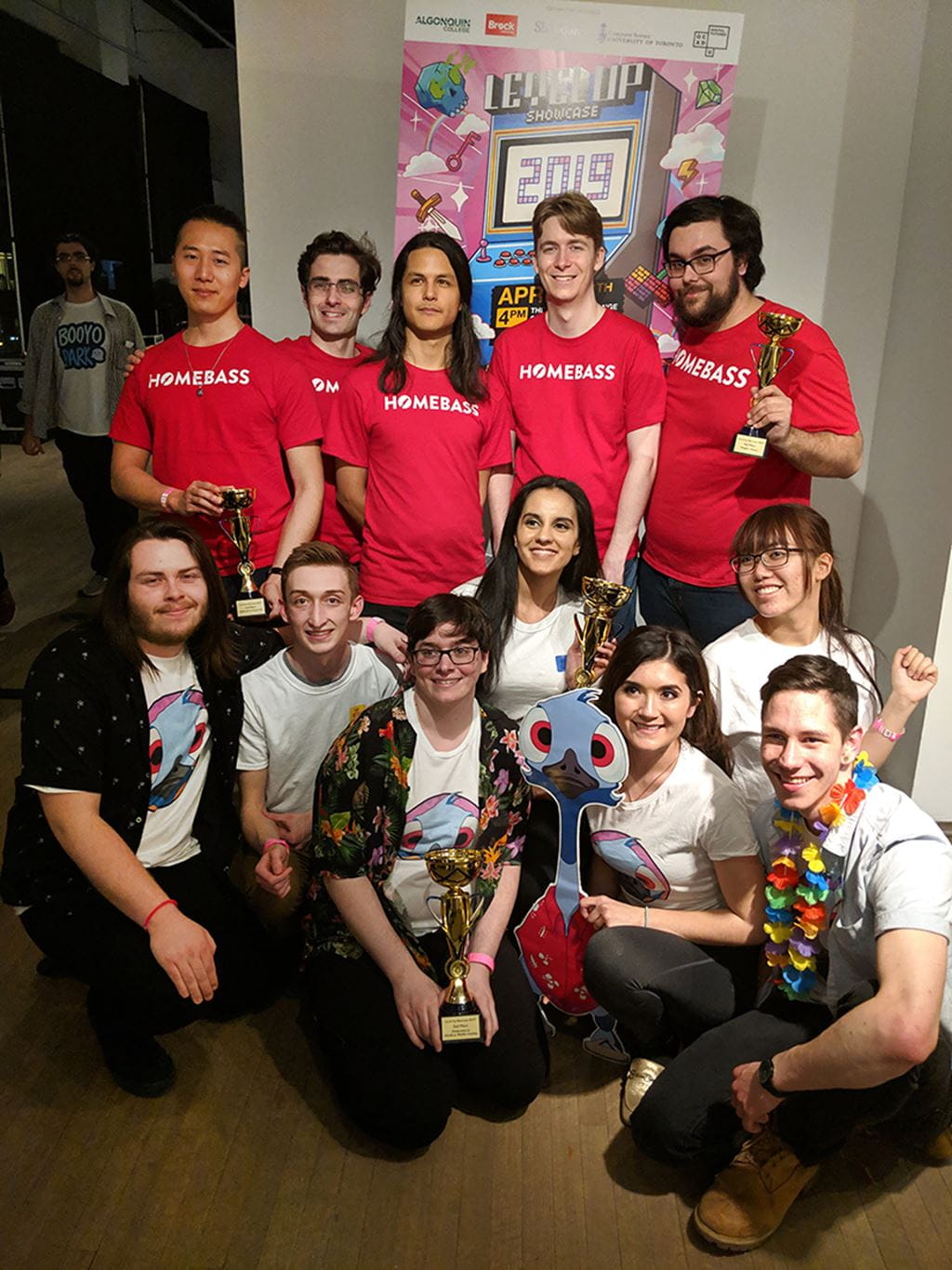 Three Sheridan teams from the Honours Bachelor of Game Design program won four awards at the Level Up Showcase on April 17. In its ninth year, the event featured the work of students from 15 postsecondary institutions across Ontario, including the cohort of fourth-year students from Sheridan. More than 1000 attendees converged at the Design Exchange in Toronto to play the students’ games, including industry professionals and other gaming enthusiasts.

“Our team is so appreciative of this award,” says Boulerice. “We’ve worked extremely hard to create a high-quality app experience with everything we’ve learned from our four years studying Game Design at Sheridan. Expedited would not be the same without all of the guidance from our various mentors who pushed us to think critically, analyze the market we are designing for, and always ask the hard questions.”

Like their Sheridan game design peers, the Expedited team has spent the past academic year developing and tinkering their game to get it to its current form. Boulerice and his teammates had the opportunity to go to Ubisoft Toronto – a world-renowned game design studio – where experts play-tested Expedited. The feedback they received from that session was incorporated into their game before showcasing it at Level Up and releasing it for download on the App Store and Google Play.

Ubisoft Toronto and other game companies like Xbox, Unity, Microsoft, Zynga and Gameloft were well-represented at Level Up. Industry experts sat on the judging panels for each award category and presented the winners with trophies and medals at the end of the event.

“Out-of-class opportunities to connect with the public and industry are crucial to the learning experience at Sheridan,” says Nicolas Hesler, Sheridan Bachelor of Game Design program coordinator and a co-organizer of Level Up. “It’s important that students gain experience networking and learning how to talk about and market their game. Showcases like this are also an occasion to celebrate – our students have dedicated so much time and energy to their games and produce exceptional work.”

“The Level Up experience and winning an award is a great way to end this chapter as students and start our careers as game designers,” says Boulerice. The event marked the last time this cohort of Sheridan Game Design students will be together as a class before graduation. Many students have secured jobs in their field like Boulerice, who will be working at Sago Mini, a kid’s app and toy company in Toronto where he did his co-op placement.

Pictured top right: Members of the three winning teams with their awards.