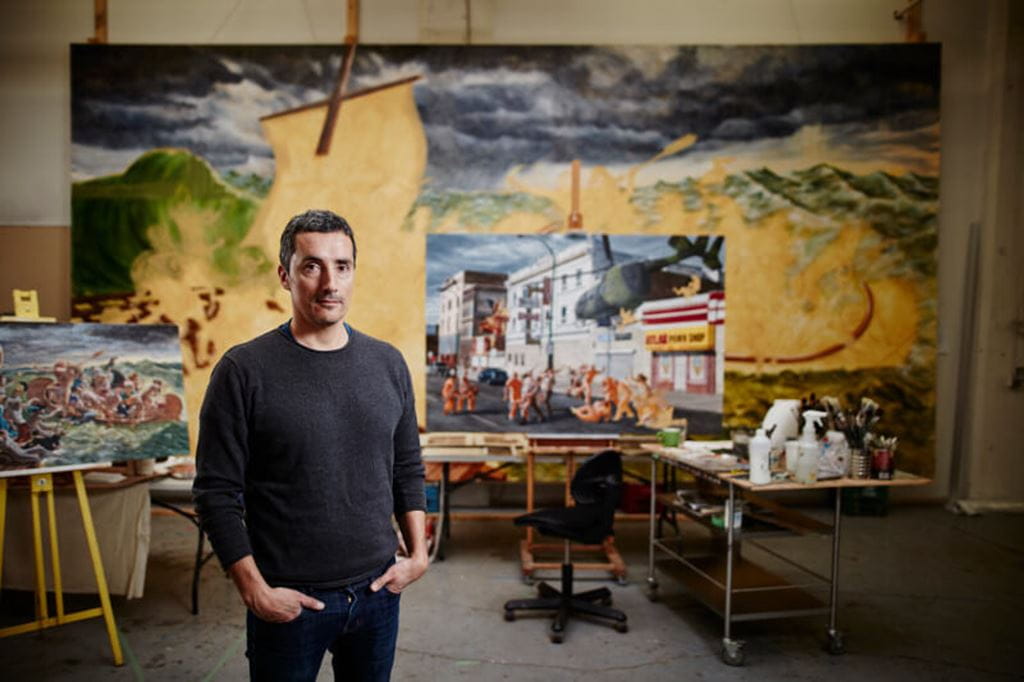 Kent Monkman, a 1986 graduate of Sheridan’s Illustration program, is the winner of the Individual Arts Award at this year’s Premier’s Awards for Excellence in the Arts, handed out in Toronto on Monday, October 31.

Of Cree descent, Monkman has become one of Canada’s most celebrated contemporary artists for his paintings, films, installations and performances. His work is part of collections in the National Gallery of Canada, the Art Gallery of Ontario and the Smithsonian. His recent projects include Shame and Prejudice: A Story of Resilience, a large touring exhibition commissioned for Canada 150.

Monkman’s work uses beauty, provocative imagery and satire to draw people into his art, which conveys serious messages about impact of colonialism on Canada’s Indigenous people. “I didn’t want to create just a pretty picture hanging on a wall,” he said in a 2016 article in Ovation, Sheridan’s alumni magazine. “I wanted to deal with themes that I felt were important – how First Nations people have been portrayed in terms of art history, the impact of colonialism and the church.”

Mary Preece, Sheridan’s President and Vice Chancellor, says Monkman’s contributions to the Canadian art scene are why the College nominated him for the Premier’s Arts Awards. “We are very proud to count Kent Monkman among our 170,000 alumni,” she says. “His work demonstrates the way art challenges us, and also brings us together to have important conversations about our nation’s past.”

Monkman was selected from six finalists for this year’s award. Each finalist choses a candidate for the competition’s Emerging Artist Award, which comes with its own prize of $15,000. Monkman chose visual artist Brian Rideout, who is a former student at Sheridan.

Sheridan is world-renowned for its Bachelor of Illustration program, which allows students to explore traditional and digital media. Graduates of the program go on to successful careers as artists and designers.