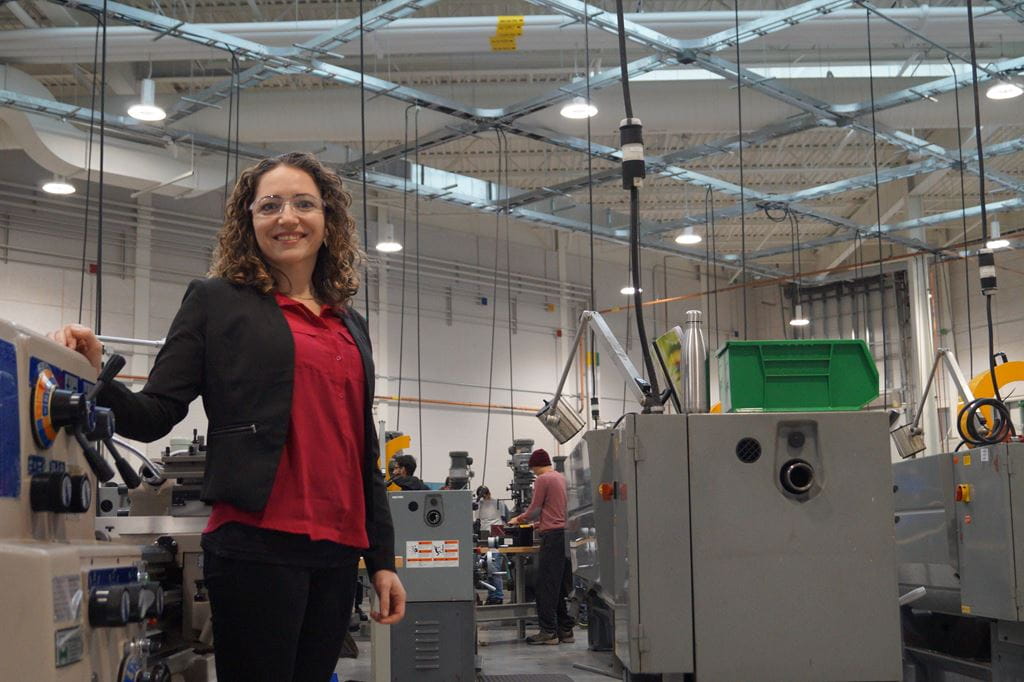 Turning a new lens on a career in the Skilled Trades

Anna Strachan was drawn to the skilled trades from an early age. An interest in building things throughout her childhood led her to a manual drafting course as a high school elective, a pre-trades course at Sheridan when she was only 16 years old and shortly after, the completion of apprenticeships in tool and die and mold-making. Today, Strachan is a skilled trades professor and program coordinator at Sheridan – the first woman to hold these roles full-time – and she’s committed to helping raise the profile of an industry that she feels is undervalued in North America.

After completing her apprenticeship requirements, Strachan earned a degree in mechanical engineering from Queen’s University. She spent time in a human kinetics lab doing research that was published in the Journal of Bone and Mineral Research and later worked for a medical device company where she did research and development for various product designs. “For years I worked alongside doctors designing things and bringing them to production,” she says. “I was an integral part of the team because of my background in mold-making.” One such product Strachan developed is a minimally-invasive heart surgery tool for which she holds a patent. 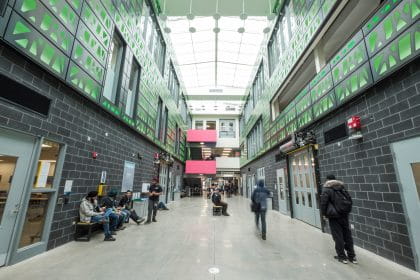 At Sheridan’s new, state-of-the-art Magna Skilled Trades Centre in Brampton, its team of instructors have a variety of work experiences, both locally and internationally. Some came to the college after a lengthy career in the field as a tradesperson, whereas others, like Strachan, felt drawn to teaching after spending a few years in the field. Together, they help their students understand the range of career options available to them in their trades.

Looking back at her own journey, Strachan feels fortunate that her parents – a lawyer and a dentist – were supportive of her decision to be a tool and die maker, although she does recall conversations with family friends asking her parents why their straight-A daughter was going into the trades. “Rather than people saying ‘congratulations, that’s fantastic, she’ll be a great asset to the manufacturing sector’, the news was met with confusion and disappointment,” she says.

This notion that Strachan was being undereducated in pursuit of her passion didn’t square with reality. It was her academic strengths and motivation that allowed her to be successful. “The knowledge and labour of skilled trade workers underpins the infrastructure that keep our lives safe, accessible and efficient,” she says. “Not to mention that these careers can be quite lucrative and lead to financial independence earlier in life. Being in this field does not mean you’ve given up on a dream. It is the dream!”

"Being in this field does not mean you’ve given up on a dream. It is the dream!” - Anna Strachan 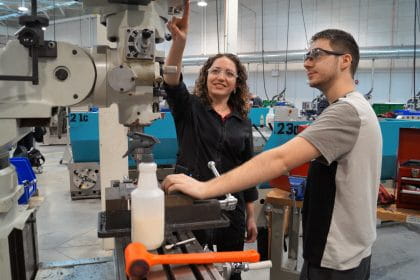 Canada’s shortage of skilled trade workers is an issue Strachan believes is perpetuated by persistent, negative attitudes toward the manufacturing industry. One way to address this, she says, is to start in early childhood. As a mother of two young children, she sees the lack of representation of skilled trade professionals in the books she reads them. “You see the firefighter, the doctor, the bus driver, the teacher. But you never see an electrician, plumber, millwright or tool and die maker.  This absence makes their roles seem vague, unimportant, and young people aren’t aware they even exist.”

Strachan also feels that women can play an important role in the skilled trades workforce. “It would be great for women to see that this isn’t a whole sector they need to cut off as an option,” says Strachan. “There are likely many women – and men for that matter – sitting behind a desk right now who would excel in this hands-on sector.” Being a woman in the skilled trades isn’t something Strachan dwells on as it hasn’t defined her own experience. She feels that she’s always been respected for her knowledge and abilities.

“The more we as tradespeople talk about our industry and explain what kinds of problems we solve on a daily basis, the more understanding and appreciation we build.” - Anna Strachan

Overall, she feels the tide shifting, albeit slowly, with more prospective students coming to tour the Magna Skilled Trades Centre because it’s their first choice. Strachan encourages her peers in the trades to continue being vocal about what they do. “You have to value yourself first for others to see value in what you do,” she says. “The more we as tradespeople talk about our industry and explain to people what kinds of problems we solve on a daily basis, the more understanding and appreciation we build.”