It was just over a decade ago that reports found that among Organization of Economic Co-operation and Development (OECD) countries, Canada ranked last for its funding and accessibility of early childhood education programs.[i] While federal government has taken action to address years of under-resourcing the sector since the mid-2000 findings, there’s still significant work to be done, says Sheridan professor and long-time advocate Monica Lysack.

With more than 20 years of experience in positions like ECE teacher and director, graduate student, board member, candidate in two federal elections, professor, author, political commentator, policy advisor and consultant for various levels of government, Lysack is championing the issues from all angles. 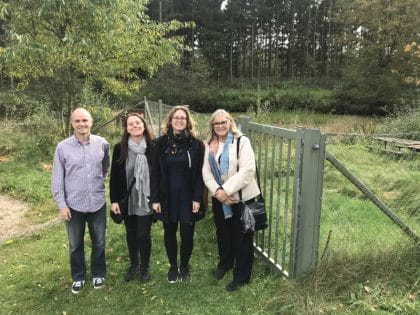 Through her work in those varied roles, the importance of good policy has emerged as a common thread. “Most people’s eyes glaze over when talking policy,” she says. “But increasing funding without strong policy doesn’t work. It’s where the solutions lie.”

A search for examples of strong policy that could influence how Canada works to turn its ECE “laggard”[ii] status around, has led Lysack across the world to a rural community in Denmark. It was there, in 2019, that she embarked on research with the support of a Sheridan Scholarship, Research and Creative Activities grant.

Denmark does it differently

The impetus for conducting research in the rural Danish municipality of Ikast-Brande wasn’t only driven by the country’s high ECE rankings among OECD countries, but for its similarities in government structure and funding models, which might allow findings to be applicable in a Canadian context.

Touring centres with her Danish hosts, Lysack saw the ways in which ECE thrives in a country that values it highly. All families, no matter their income, have access to affordable, high-quality ECE programs; centres are purpose-built and integrated into their natural surroundings; and ECEs (pedagogues) are well-trained, better-paid and more highly regarded in their communities.

“We’ve heard it over and over again that our governments value children and families, but it’s not always reflected in policy and resources. We need to take bold steps to make this true.”

Children sleep outdoors in prams for naptime when conditions allow; they roast food around fire pits, explore semi-independently in their external surroundings and overall, exude a strong sense of personal responsibility for their behaviour and well-being, which is instilled in them from an early age. “They have a higher tolerance for risk-taking,” says Lysack. “We live in a more litigious society in Canada.” 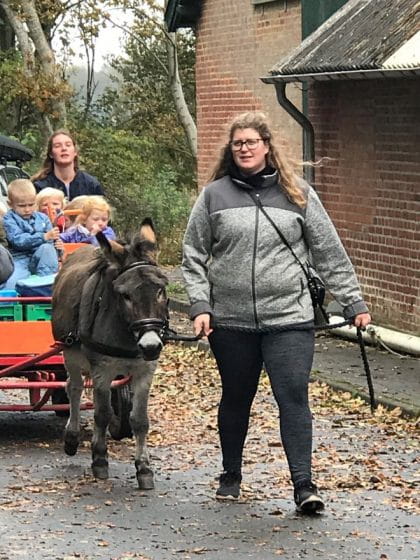 Lysack also observed the strong embrace of “hygge” in all elements of life. “It’s not just a buzzword for a cozy interior decorating style as it is in Canada,” she says. “In Denmark it’s a philosophy that’s alive and well in the home and the workplace.” Break rooms in the centres, for example, have bright windows, comfy furniture, coffee makers and massage chairs for ECEs to use to recharge.

What stood out prominently through her qualitative research was the fundamental democratization of ECE. As one of her Danish colleagues put it: “We have a higher intolerance to inequality amongst our citizens than in other countries.”

While Lysack accepts that there may not be an appetite for fire pits and outdoor napping, there are other strong arguments to be made about the value of a well-supported ECE structure in Canada.

“There’s a whole body of evidence that indicates that properly funded programs in the early years yield a good financial return,” says Lysack. “The benefits include positive achievement and health outcomes for children throughout their lives as well as for parents – mostly women – being able to re-enter and contribute to the workforce after parental leave.”

Lysack is also quick to point out that it shouldn’t always be about the money. “What about the happiness of families?” she questions. According to a recent report, Danes are among the happiest people in the world.[iii] “In Denmark, they’re much better supported than they currently are in Canada and are able to be more productive and functional in a way that we can’t always measure.”

Another angle that deserves attention is the historic undervaluing of the ECE teacher. “We want to retain the curious, compassionate and invested educators, but if the pay isn’t competitive then we risk losing them to other jobs,” she says. “Who do you really want taking care of your children for eight hours a day?” Early childhood educators in Denmark are paid closer to the salary of an elementary or high school teacher in Ontario, which is well above the Canadian ECE average.

Implementing findings in a Canadian context

As enviable as the Danish ECE sector is in many regards, Lysack is mindful that it isn’t possible to fully replicate it in Canada. “It’s always tempting when we see something that’s working to just lift it up and bring it in,” she says. “But as I learned during my research, structures can only be put in place when the values exist. We can look at the principles, the foundation, and see if there are commonalities that we can transform to become our own.”

Since returning from Denmark, Lysack has spoken about her initial findings at forums like the Congress of the Humanities and Social Sciences and the Canadian Association for Research in Early Childhood. She’s also exploring further opportunities for knowledge-sharing with her Danish hosts, including bringing them to Ontario to observe local ECE centres. 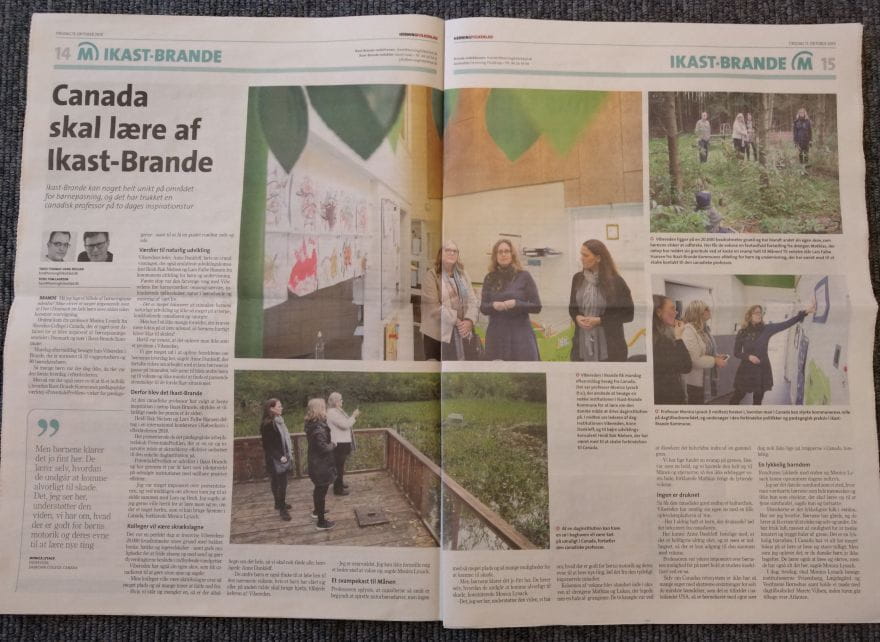 Opening pathways for knowledge exchange with ECE teachers at Sheridan-run centres – or lab schools – and their counterparts in Denmark is also one of her priorities. “They’re researchers in their own rights,” she says. “They’re sitting down with children, responding to their wonders, problem-solving around their needs, observing patterns, simulating scenarios and building understanding. Amplifying their voices is an important part of shifting the narrative around the ECE experience.”

Lysack’s passion for education advocacy has been impressed upon her students in both the ECE diploma and Honours Bachelor of Early Childhood Leadership degree at Sheridan. She’s involved two as research assistants and cultivates opportunities for all her students to engage in social activism activities and carves out time for them to learn from education activists around the world.

“We’ve heard it over and over again that our governments value children and families, but it’s not always reflected in policy and resources,” says Lysack. “We need to take bold steps to make this true.”

[i] Once ranked worst in the OECD for preschool, Canada has a radical plan by Apolitical