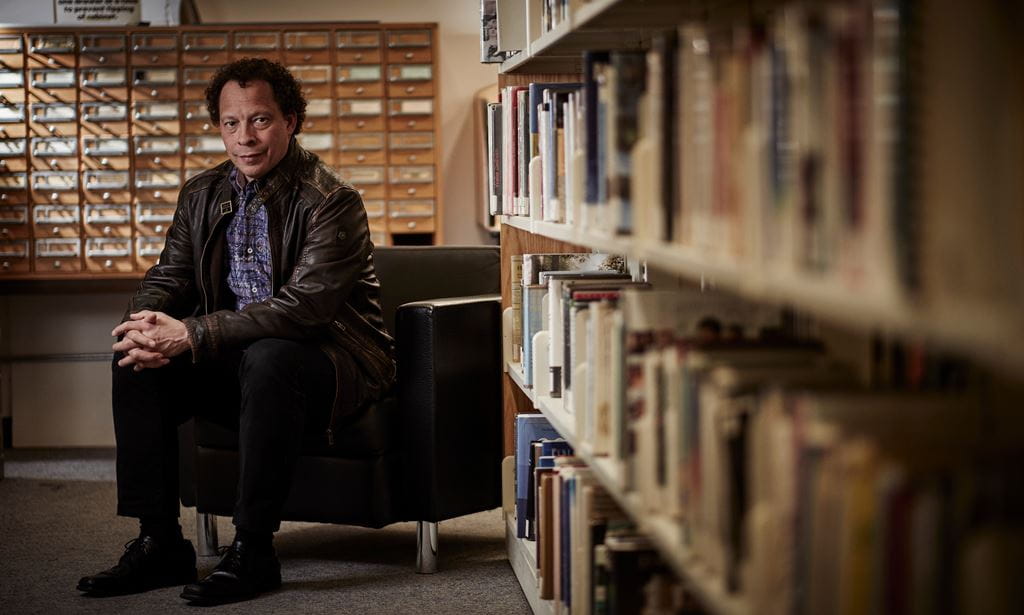 Acclaimed author Lawrence Hill recently shared his thoughts on writing and nurturing the creative impulse at a launch event for Sheridan Reads, which will see Sheridan students, staff and faculty come together to discuss his novel, The Book of Negroes, through a series of events in winter 2015.

In describing his own impetus to write, Hill said that “life doesn’t feel right unless you try to seize it, make sense of it, and recalibrate it on a page.” In his view, all artists are driven by a similar desire and passion to create, be they poets, dancers, musicians, or visual artists.

Hill learned the power of effective writing at a young age. In response to his request for a kitten, his father required that he write a letter outlining why he should be allowed to have one. “He gave me the kitten, which was the most foolish thing he ever did because from that point on I kept writing letters whenever I wanted something significant.”

“Creative people need time to stare into space and see what bubbles up,” said Hill. This was not a luxury he enjoyed in his early years as a writer, as the need to make a living took precedence and also sapped his creative energy. After trying to carve out some writing time while working as a journalist for several years, Hill made the decision to take a year off and focus on his own writing. This was also a test of his own commitment to the craft – could he keep at it, day after day? “I found that I had a real passion for it” – and that passion continues to drive him as a writer.

“I think some of us turn to stories in the way that others turn to religion – for comfort, for purpose,” he says. “The more stressed out we are, the more our lives are in crisis, the more we look to narrative – to our own stories – to tell us who we are: where we came from, where we’re going, what lessons can we draw from the past – and how do we want to live?”

Another important lesson he shared is the importance of voice in writing. “Great writing and wonderful language first enters the body through the ear. Getting to an authentic voice happens when it becomes natural for you to write and natural for the reader to hear.”

Hill conducted extensive research while writing The Book of Negroes, much of it focused on historical details of the period covered in the book, and some of it serendipitous – for example, he came across an historic painting from the 18th century depicting the cruel march of West African men, women and children to the slave ships. “Some of the random research I did really stimulated my creative imagination. Be open to the accidents of research.”

“I think one of my chief responsibilities as a novelist is to disabuse aspiring writers of any notion they may have about the act of writing as a romantic process,” says Hill. Perhaps his most valuable and pointed advice comes in the form of an acronym he employs when advising others on the secret to writing success, and that is GYAIC – short form for ‘get your ass in chair’. “Turning off your phone, sitting down and living in the depths of your imagination is the only way to go.”

“Turning off your phone, sitting down and living in the depths of your imagination is the only way to go” – Lawrence Hill

“I remember every single book I read as a young person. You carry them as a friend for the rest of your life,” says Hill. Which is why he was “elated” that The Book of Negroes was selected for Sheridan Reads. “It’s exciting to know that young people are reading your book and that it may have the same profound effect on them.”

Hill will return to Sheridan on April 8 to discuss The Book of Negroes in more detail for the ‘Closing Chapter’ of Sheridan Reads.