Animation with a message

Canada has an unparalleled reputation as a powerhouse producer of animated children’s entertainment. Canadian studios are behind some of the world’s most beloved television shows, from ‘90s classics such as Reboot and Stickin’ Around, to modern marvels such as Bubble Guppies and Paw Patrol.

Greg Bailey (Animation ‘79) was one of the animation architects to help pioneer Canada’s reputation for excellence in kids’ programming. With over 40 years of experience, the award-winning animator boasts dozens of credits, including developing and directing series such as The Busy World of Richard Scarry, Little Lulu and Mona the Vampire. Perhaps most notably, Bailey developed the renowned PBS series, Arthur, going on to direct all 285 episodes over 25 years. But Bailey also experienced the struggles of building a career before Canadian animation entered its golden age. 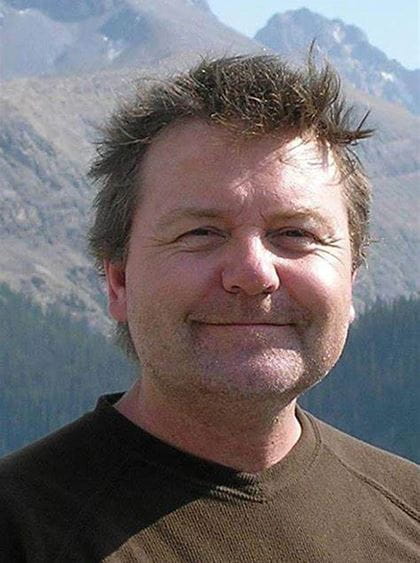 With aspirations to work in children’s entertainment, Bailey was part of a group of Sheridan Animation grads to be hired by Hanna Barbara in Los Angeles after graduating in 1979, working as an assistant animator on series such as Scoobie Doo, The Flintstones, Casper and the Space Angels and The Harlem Globetrotters. Then, the 1980s recession hit. “The animation industry got really bad,” Bailey recalls. With no animation job prospects, Bailey returned to school, earning an engineering certificate in process pipe design with the goal of finding a new career path.

“I took one job for the city of Toronto, working at the wastewater treatment plants doing an inventory of all the plant equipment,” says Bailey. “I knew every pump, motor and valve in that Leslie Street plant. It was a fun job, but smelly.” Fortunately, that was the only pipe-design role Bailey would have to take. A friend told Bailey about a job that took him and his young family to Japan, working at DIC Entertainment’s Tokyo-based animation studio. That turned into four years of Bailey working as animation supervisor on hundreds of Saturday Morning episodes of shows such as The Real Ghostbusters, Alf Tales, Dennis the Menace and Dinosaucers.

Back in Canada, Bailey found his niche in Montreal, working as a layout supervisor with Cinegroupe before landing his 20-year role as a director/producer and art director of development at Cinar Animation (later renamed as Cookie Jar Entertainment, now owned by WildBrain).

There, Bailey honed a talent for developing animated television series based on books and comics, leading to the success of shows such as Caillou and The Busy World of Richard Scarry. This reputation for excellence, in the end, helped Cinar snag a co-producing role in the long-running PBS series Arthur.

“The U.S. producers knew that in Canada we had the expertise and the talent to do the show,” says Bailey. “And they wanted to make sure the animation studio would keep the integrity of their book properties – and we offered ways to keep the author involved in the process.”

Bailey was tasked with helming the series. He remembers being nervous before seeing what the writers would come up with for the pilot episodes of Arthur. He was concerned that the central character would be devoid of personality. A generic character – albeit an aardvark – on a skateboard who could do no wrong.

At Sheridan, Bailey had been taught to never underestimate his audience. He believed children’s shows should tackle more complex themes and vocabulary with an understanding that his pint-sized viewers would rise to the occasion. He wanted to make sure Arthur wasn’t a carbon copy of other generic children’s television shows with perpetually smiling characters.

“But when I saw the first script, I just thought it was hilarious. I hadn’t seen anything like it before,” says Bailey. “The writers were taking chances and pushing the boundaries for children’s animation, which meant as animators, we were able to break rules too.”

Over the following 25 years, Bailey directed episodes of Arthur that tackled all sorts of stories and themes, keeping the writing fresh and relevant. Bailey oversaw episodes that parodied adult series such as Beavis and Butthead and South Park, and featured notable guest stars such as cellist Yo-Yo Ma, Art Garfunkel, American statesman and civil-rights leader John Lewis, and actors Matt Damon and Philip Seymour Hoffman. The series earned critical acclaim as well, with Bailey receiving a BAFTA Award, a record four Emmys for Outstanding Animated Children’s Series and even a Peabody Award.

But beyond the guest stars and awards, Bailey says he’s most proud of the themes Arthur tackled while he was director. At the start of each year, WGBH would host a story meeting where everyone would bring forward topical issues or news stories, and see how they could fit into the world of Arthur. Over the years, the show has addressed, with aplomb, same sex marriage, dementia, cancer, autism, immigration and divorce.

“Always tell the story through the eyes of the child, and don’t let the adults of the show solve the problem,” says Bailey. “One of the key things we always tried to maintain was keeping the perspective through a kid’s point of view usually with the help of some crazy flashback scenes.”

While Arthur continues to run on PBS, Bailey closed his chapter on the series in the fall of 2020. Today, he’s stretching some different creative muscles, developing a new animated series at Oasis Animation with the Brigham Young University Network. He’s also sharing his expertise and experience with a new generation of animators, teaching a course for a month each year on story creation and storyboarding for an animation program at Tianjin University in China partnering with the University of Chicoutimi of Quebec and NAD.

“Now I try to impart on my students that they should take creative chances, even if they flop he says. “Learn the rules so that you can break them for good effect. At first, I was teaching a rigid course about professional storyboarding methods following an assigned story and designs. When I changed the project and told them to go crazy and do any type of film of their own creation, they responded by doing really amazing work. Allowing them more creative space than they got in their other courses really worked out. But then, the hope of having complete creative freedom is the reason everyone enters the world of animation in the first place, isn’t it?”