Designing your own path

At Sheridan’s Convocation ceremonies in June, graduating students crossing the stage received a folder with the words of Ralph Waldo Emerson embossed on the front: “Do not go where the path may lead, go instead where there is no path and leave a trail.” Kaye Mao has embraced these words not only as she enters life after Sheridan, but arguably since her first year as part of the inaugural cohort of students studying in the Bachelor of Interaction Design program.

Mao came across her program fortuitously. At the end of high school, she decided to pursue post-secondary studies that would utilize her artistic skills and applied to Sheridan’s highly-competitive Bachelor of Animation program. Upon learning she didn’t gain acceptance, it was suggested to her by an admissions officer to consider the newly-launched Interaction Design degree instead – the first of its kind in Ontario.

“I thought I had to choose between creative or STEM studies. I was pleasantly surprised to learn that Interaction Design combines logic and creativity.” – Kaye Mao

“This wasn’t a field of study I knew about in high school. I thought I had to choose between creative or STEM studies,” says Mao. I was pleasantly surprised to learn that Interaction Design (IxD) combines logic and creativity. IxD focuses on how people interact with different things. It requires understanding people’s goals and helping them translate those goals into reality. The world is incredibly interconnected nowadays. You may start a task on your laptop, move to your phone and end up on your tablet. It’s about designing for human behaviour across different contexts.” 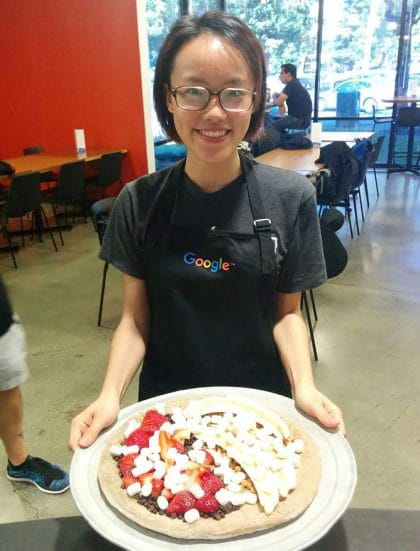 By the end of her first year, Mao knew that she’d found her niche. Parting ways with the idea of re-applying to Animation, she began cultivating opportunities for herself in IxD. She got a placement as an Interaction Design Intern at a design consultancy called Normative in Toronto. In her second year, she completed a front-end development internship with the Inclusive Design Research Centre at OCAD University in Toronto – an international hub that works to ensure emerging information technology and practices are designed inclusively.

For her third-year co-op placement, she set her sights on an opportunity across the border. She successfully secured a coveted three-and-a-half month internship as an Interaction Design Intern on the Google Cloud Team, becoming the first-ever Sheridan student to complete a co-op at its New York City location. “I was given a lot of responsibility and it was one of the most difficult projects that I’ve ever been involved in,” she says. “Instead of designing one custom solution, the goal was to create a design system that worked for multiple products. What made it tricky was that the target audience wasn’t everyday users like myself – these were enterprise customers who were experienced engineers.” 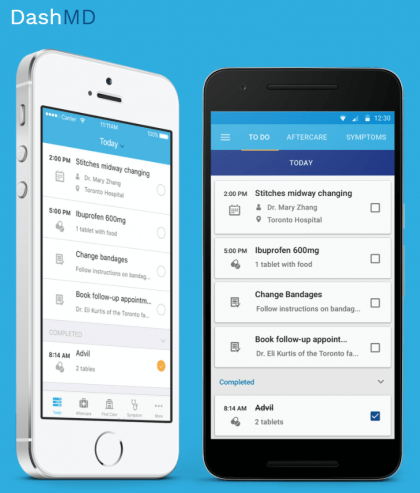 Her efforts were not only recognized by the Google Cloud team, but by the Canadian Association for Co-operative Education. Mao was named the 2016 National Co-op Student of the Year. Reflecting on the challenging, yet rewarding experience, what stands out is how it taught her to be a better team player. These skills benefited her as the design co-founder of a startup called Dash MD – a free mobile patient experience platform. Dash MD provides patients with the tools and resources they need to manage their care and successfully transition back into their community after a hospital visit. Three hospitals in Ontario are currently offering it to their patients.

Mao’s time working on Dash MD opened her eyes to the possibility of changing people’s lives through design. It also dispelled any misgivings she had about entrepreneurialism. “People think you’re either ‘all in’ and living in your parent’s basement, sinking your life savings in your business, or you’re not,” she says. “But I’ve realized that dichotomy doesn’t actually exist. I eased into the business by working on it part-time while in school and taking small risks along the way.” Both of these lessons will help inform the next steps in her creative journey.

“Sheridan has taught me that the essence of any craft is discipline and hard work and that ego has no place in creation.” – Kaye Mao

As an award-winning student, entrepreneur and a founding member of the student IxD Association, Mao truly made an impact at Sheridan and had the honour of serving as a student valedictorian. The message to her peers was one of humility. “When you’re creating, it’s very personal. It can be tough to face critique,” she says. “Sheridan has taught me that the essence of any craft is discipline and hard work and that ego has no place in creation.”