Please note that this production runs one hour. 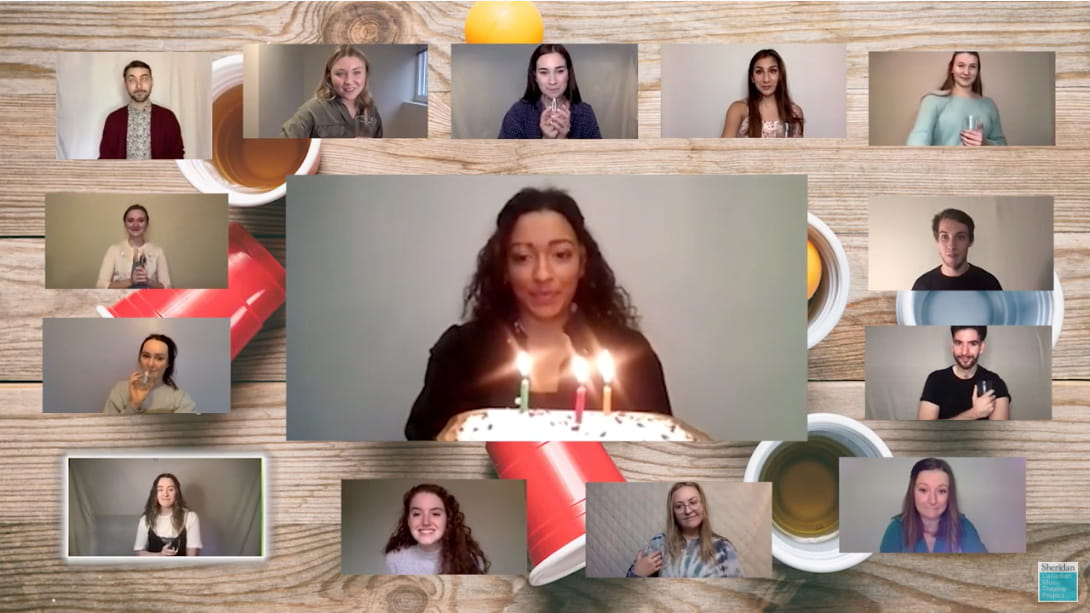 When you have a life like Ronnie's, you wouldn't wish for it to change at all. Almost Summer 2019. Graduation. Just before Ronnie takes a leap of faith by moving to the Big Apple to find herself, her chosen family rallies to throw her a surprise going away party. Inspired by Stephen Sondheim and George Furth’s Company, the musical To Ronnie, With Love picks up on similar themes of love and societal pressure, but finds them in our youth, in our most vulnerable moments — among our most trusted loved ones — riding the line between relief and regret.

Dante Green (they/he/she) is a Brooklyn-based, black, queer, writer, composer, performer, director, curator, and facilitator. They are an award-winning Visionary Leader with a Bachelor of Fine Arts in Directing, Playwriting, and Production, with a focus in Writing and Directing for Musical Theatre from The University of the Arts. They are an alumnus of Headlong Performance Institute, a member of the Network of Ensemble Theaters, and an affiliate of Bloomsburg Theatre Ensemble. Dante’s work is driven by an intense passion for indescribable, inarticulable affection, vulnerable humans, and the relationship between the two. Through the many multiplicities of the human experience, Dante aims to capture a kind of universality that can be felt, more so than explained. Using sound as an artery for their work, Dante invents new, always magical, sometimes whimsical perspectives that the human ear might find familiar, and always want to linger. Dante's work has been produced with companies including Ars Nova, The Wilma Theater, Painted Bride Art Center, Pig Iron, FringeArts, and Bloomsburg Theatre Ensemble. Dante has worked with other companies such as The Public, Theater for a New Audience, Virgin Voyages, Lantern Theater Company, Pennsylvania Shakespeare Festival, FoolsFury, The Assembly, The Tank NYC, and others.