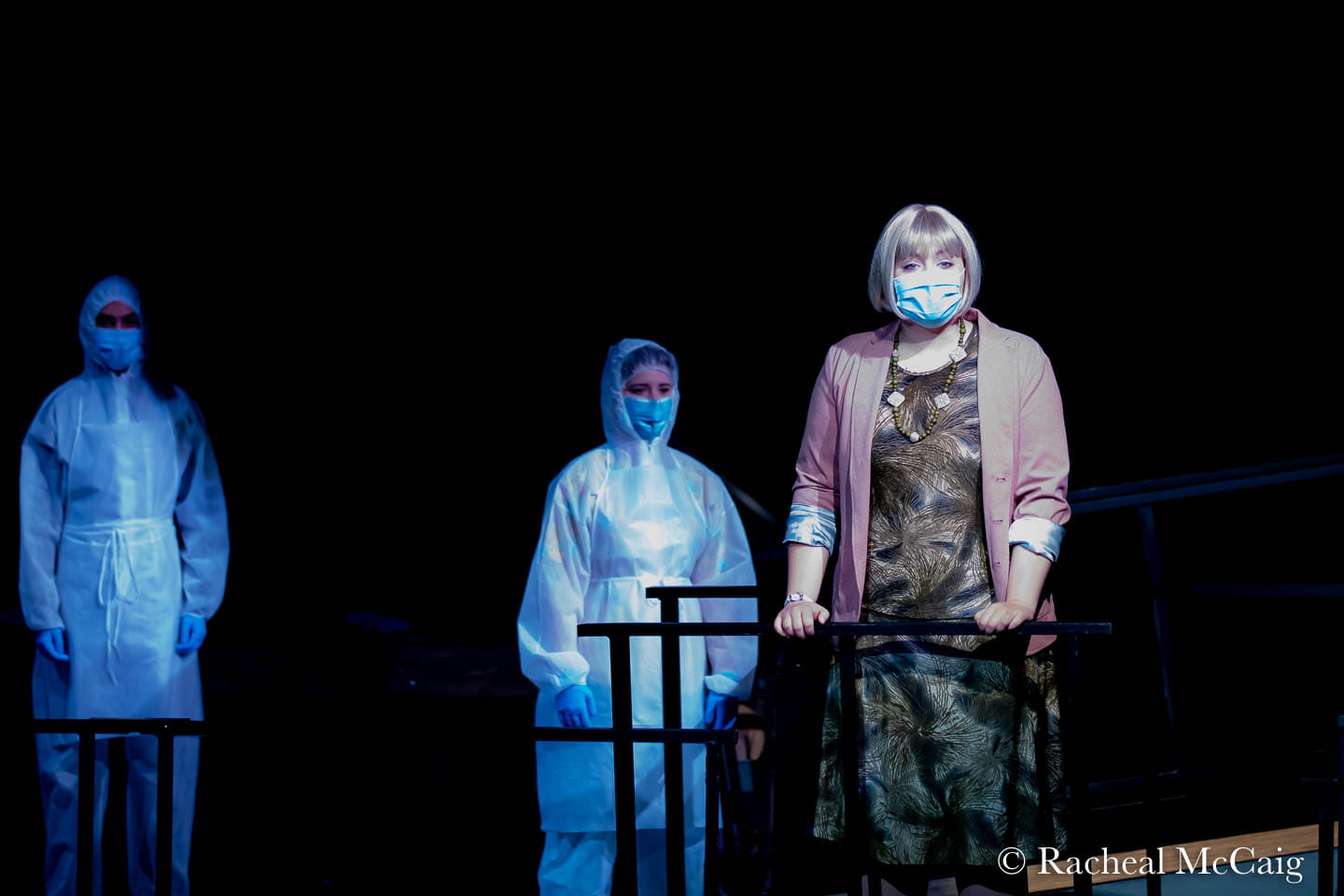 The nurses are tired. They want to go home but they can't. At the nursing home is Joseph — Old Joe. He is an incredible dreamer, but his head gets hurt and he can't dream no more. Doctor Dani Osmond, the health-officer, will help him to understand — and he will help her to end the pandemic.

Niall McNeil has been involved with theatre from an early age through his lifelong association with the Caravan Farm Theatre. As a youngster he performed in As You Like It, Romeo and Juliet, Bull by the Horns and Strange Medicine.

Niall was an ensemble member of Vancouver’s Leaky Heaven Theatre’s shows since its inception in 1999 under the direction of the company’s founder, Steven Hill. Niall acted in Leaky Heaven Circus - Part One, Typhoon, Conference of the Birds, Birthday Boy, King Llyr, Zigguart, Bonobo and finished with Salome in 2006.

In 2010, Niall performed in A Christmas Carol as a member of the English Acting Company of the National Arts Centre in Ottawa under the direction of Peter Hinton.

Niall loves researching new ideas, writing lyrics and writing plays and recently completed his first documentary film called The Originals (2020). Commissioned by Estelle Shook, Artistic Director of the Caravan Farm Theatre, the documentary is a film about the founders of the Caravan Stage Company and Caravan Farm Theatre. It is Niall’s exploration of his roots as an artist.

Niall and his collaborators Anton Lipovetsky and Lucy McNulty were awarded a 2020–21 Dan Fund Commission by Musical Stage Company in Toronto to work on the first draft of their original musical Cowboy Tempest Cabaret.

Anton Lipovetsky is a theatrical composer, lyricist, performer and teacher based in Vancouver, BC.

He is currently a composer-in-residence at Toronto’s Musical Stage Company as part of their Crescendo Series where he is at work on three commissions: Blackout with Steven Gallagher, Monoceros with Ben Elliott, Josh Epstein and Kyle Rideout and Cowboy Tempest Cabaret with Lucy McNulty and Niall McNeil. He is also at work on a musical commission from the Nashville Children’s Theatre called This Is It (written with Dave Deveau). Other musicals he has collaborated on include Elbow Room Café (ZeeZee Theatre), Best Laid Plans (Touchstone/Patrick Street), cool beans (Solo Collective) and indie-hit Broken Sex Doll (Virtual Stage/The Cultch).

As an actor, Anton has performed across Canada with the National Arts Centre, the Luminato Festival, the Banff Arts Centre, and in five seasons at Vancouver's Shakespeare festival, Bard on the Beach. In addition to writing and performing theatre, Anton has a great passion for teaching. He has facilitated or been a guest at music and acting workshops for students of all ages through Capp University, Studio 58, Bard Education, Carousel Theatre For Young People, Theatre Replacement, Lyrebird, Sheridan College and Neworld Theatre. Anton is the recipient of two Jessie Richards Awards, four Ovation awards and a Vancouver Mayor's Arts Award for Emerging Theatre Artist. He is a graduate of the Studio 58 Acting program and the Stratford Festival Birmingham Conservatory for Classical Theatre.