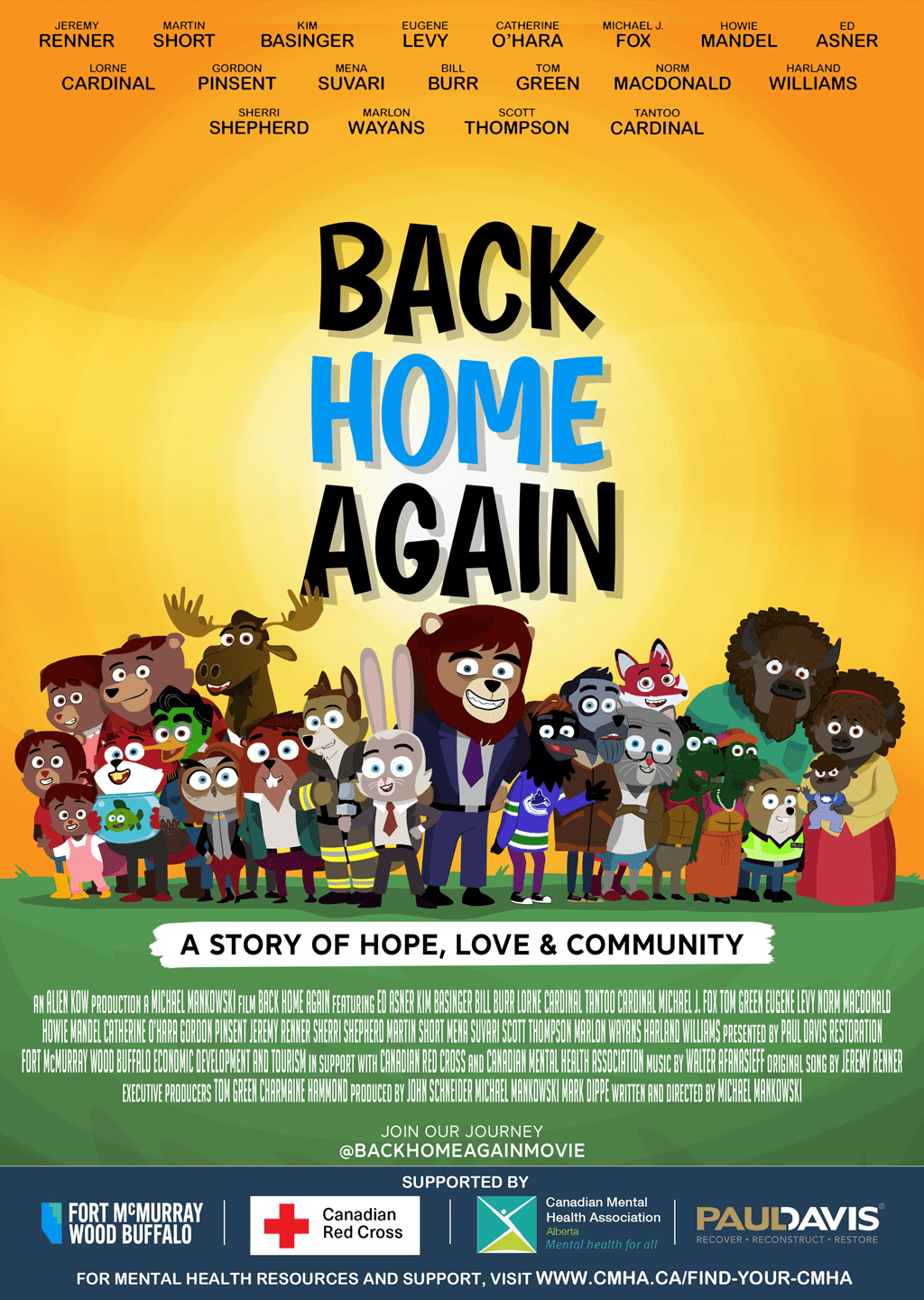 The Oakville Festivals of Film and Art (OFFA) presents the screening of “Back Home Again” in partnership with Bell Let’s Talk, Sheridan College, and Sheridan Alumna and Executive Producer Charmaine Hammond, on May 6th, 2022.  The film has traveled the country’s film festival circuit and is making a special appearance in Oakville. Inspired by community resiliency after one of the largest wildfire evacuations in Canadian history which impacted the lives of more than 80,000 residents of Fort McMurray and area in 2016, the award-winning animated short film titled, Back Home Again, has been brought to life with an all-star voice cast.

OFFA has chosen May 6th to hold the screening to coincide with Canadian Mental Health Week, and Emergency Preparedness week, both taking place the first week of May. It’s also the anniversary of the 2016 wildfires (while based on the Fort McMurray wildfires the film is really a story about community, hope and resilience). “OFFA is proud to be partnering with Bell Media, Sheridan College, and  Charmaine Hammond, to bring this incredible film about resilience and hope to our community during what has been one of the most difficult times in recent history. This film and panel will inspire us to learn how to safeguard our own mental health.  As a Sheridan Professor,  I am also very proud to be part of the team myself!” said Wendy Donnan, Executive Director, OFFA.

“Sheridan is proud to partner on this event, and we congratulate alumna Charmaine Hammond (Correctional Worker ’85) for her continued advocacy for safe, open conversations on mental health. We know that many of our learners face internal and external pressures that take a toll on their mental health and, in turn, their ability to succeed academically. Films like Back Home Again offer a way to begin the conversation around mental health, giving students the opportunity to broach the subject and find support they may need,” says Sheldon Pereira, Vice Provost of Student Experience & Enrolment Management, Sheridan College.

Back Home Again was the recipient of the:

Following the screening, there will be a live Q&A, including: Charmaine Hammond (Executive Producer and Sheridan graduate), Michael Mankowski (Director and Writer), Dr Ian Dawe psychiatrist in the Mental Health Program at Trillium Health Partners in Mississauga ON, and CEO of Canadian Mental Health Association Halton, Rashaad Vahed. The Q&A will be moderated by Tyler Collins, host of the Oakville Film Festival,  Oakville News Reporter, and a Sheridan College almnus.

You can support students when they need it most by making a gift to the fund. 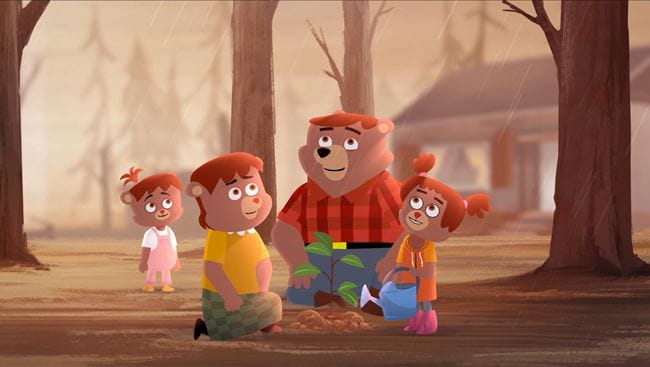 About The Oakville Festivals of Film and Art (OFFA):

Established in 2014, OFFA is a cultural not-for-profit that envisions a community of cultural and artistic diversity with the cinematic arts as a focal point. OFFA produces Oakville’s only independent film festival which is now in its 9th year, and is now a hybrid festival, featuring live and digital events. For more information on this year’s annual hybrid festival which is set to happen June 22-28th, the longest festival yet at seven days and over 100 films, please visit OFFA.ca. @oakvillefestivals #OFFAonline #OakvilleFilmFestival

Founded in 1967, Sheridan is one of Ontario's leading postsecondary institutions, educating approximately 43,000 full- and part-time students every year from campuses in  Brampton, Mississauga and Oakville. An award-winning institution, Sheridan attracts students from across Canada and more than 110 countries. As a trailblazer in unique arts, technology and health care programs, Sheridan has always been on the leading edge of innovation ensuring students  learn job-ready, practical skills and develop the confidence, empathy and problem-solving savvy that allows them to push boundaries in an ever-changing world.

About Charmaine Hammond- Raise a Dream:

Charmaine Hammond is a Burlington, Ontario raised alumna of Sheridan College who went from working in Corrections to facilitating presentations to becoming an executive producer. Charmaine lived in Fort McMurray, Alberta for 16 years. Her strong ties to the Fort McMurray community led to her work with the community on the resilience and recovery initiatives after the fires due to her long history working in the mental health sector. Charmaine was one of 100 women accepted into the Banff SPARK Accelerator Program.