Apr 23, 2021
Sheridan’s Vice President, Inclusive Communities has been recognized by The Globe and Mail as a recipient of the 2021 Best Executive Award for her work in advancing equity, diversity and inclusion (EDI) at Sheridan and beyond.

The Report on Business Best Executive Awards is an annual program that celebrates excellence among non-CEO leaders at the SVP, EVP and C-suite (or equivalent) levels. The 50 winners chosen for 2021 represent the best of Canadian leadership in five functional areas: Finance; Human Resources; Operations; Sales and Marketing; and Technology. Nominations were assessed by the Report on Business editorial team based on career background, leadership style, achievements and impact.

“I am truly humbled to be named among the extraordinary leaders recognized by The Globe and Mail’s Best Executive Awards,” says Dr. Ngobia. “I’d like to share this honour with my most valued colleagues in the Office of Inclusive Communities, whose dedication inspires me every day.” 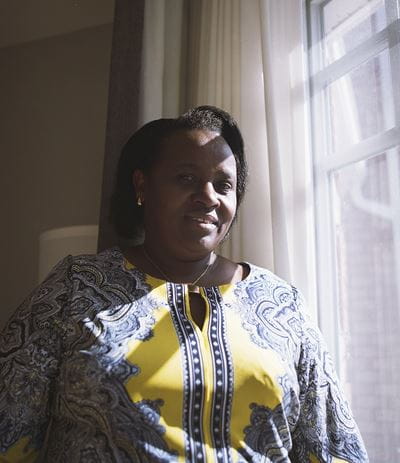 Dr. Ngobia has served at universities worldwide and is one of the first in the Canadian postsecondary sector to hold an executive leadership position in EDI. She has implemented a human rights complaint system and co-founded a group for senior equity leaders. She leads by example, travelling twice a year to a safe house in northern Kenya to support girls seeking refuge after fleeing early forced marriage and other forms of gender-based violence.

“Dr. Ngobia has been an invaluable force for change at Sheridan,” says Dr. Janet Morrison, President and Vice Chancellor “Her commitment to dismantling systemic injustice and her practical, empathetic approach make her an exemplary leader.”
Winners of the Best Executive Awards are profiled editorially in the April issue of Report on Business magazine, available online on April 23 and in print April 24.