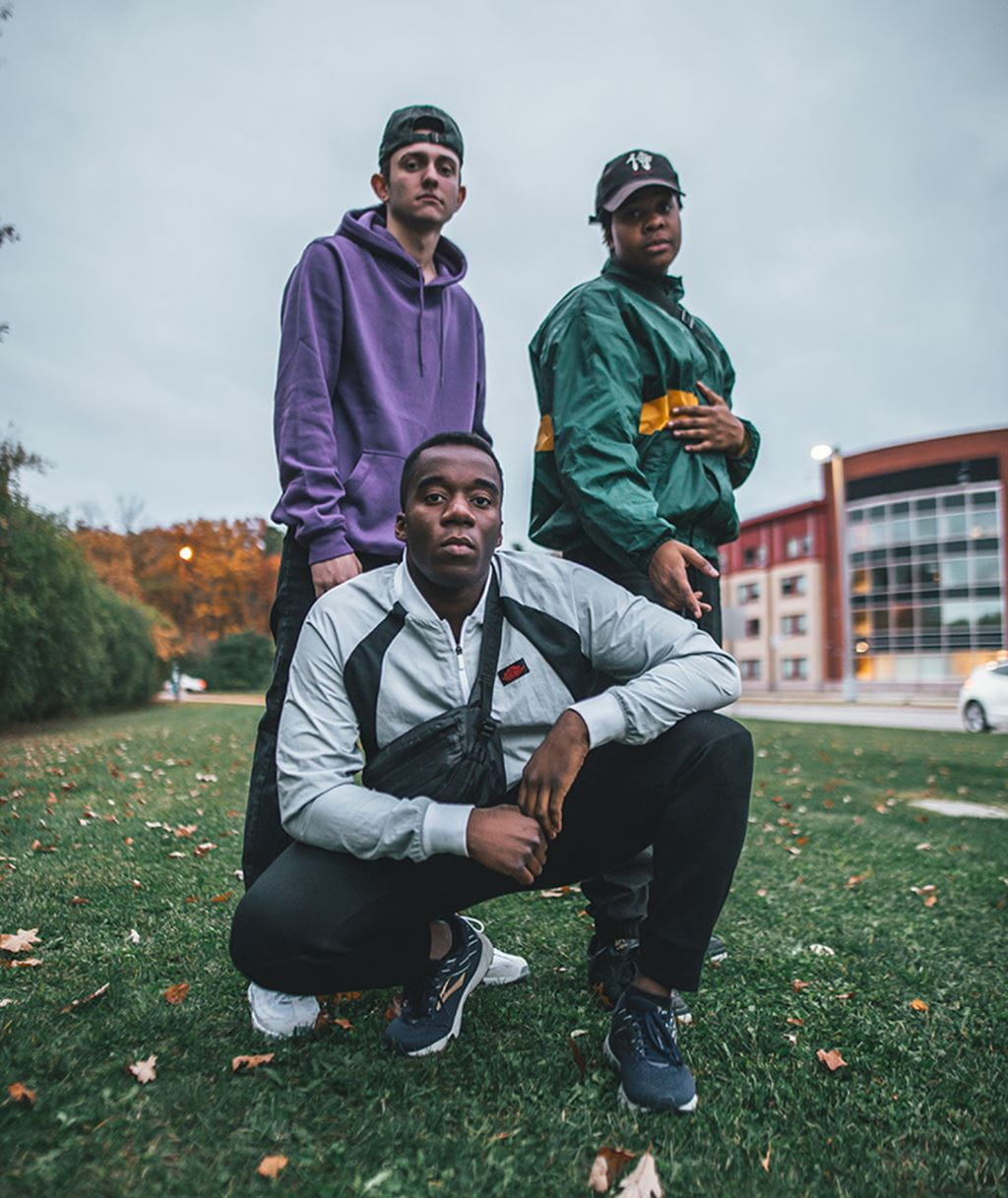 Simon Cowell is renowned for his ability to spot talent, and yesterday his laser focus landed on Sheridan’s very own talented students. Ahead of the premiere for the new season of America’s Got Talent, Breakfast Television and CityTV launched a Canada-wide search for families, friends and individuals to showcase their talents from the comfort of their living rooms. CZN, a singing group comprised of third-year Musical Theatre students CJ Capital, Seth Zosky and Matthew Novary Joseph, was announced as the grand prize winner by Simon Cowell himself.

Among over 1000 auditions submitted from across Canada, two teams of Sheridan students made it into the top 10, including CZN and the Musical Theatre Class of 2020. The top three finalists were judged by Simon Cowell.  In announcing CZN as the winner, he said, “I think you are very current; I think you are very cool; I think you are very likeable. Most importantly, you are really talented, creative, inventive, and I can’t wait to meet you in person.” As a surprise to everyone, including the hosts of Breakfast Television, Simon invited CZN to audition during the next season of America’s Got Talent.

During the audition phase of the competition, CZN attributed their creation as a trio to their instructor, Mary-Lu Zalahan, Professor of Popular Music Theory and Performance in Sheridan’s renowned Honours Bachelor of Music Theatre Performance program. Zalahan took note of their complementary vocal stylings, and suggested they explore their collaborative possibilities as a trio.

“CZN is a perfect example of talent, grace and hard work. They have worked relentlessly at their craft for the past 18 months and they are SO ready for whatever comes their way,” says Zalahan.  “They are confident, multi-talented artists and together, I truly believe they are unstoppable. They could open for so many musical acts (once that’s back on the table!), whether it is for an audience of 200 or 20,000. They are the real deal.”

CZN is still processing their achievement. Zosky states, “This is the real dream. I have so many emotions flowing through me right now and my brothers and I are immensely grateful for the support. We are just ready to make music and hopefully share it worldwide, all while connecting people through the love of the art.”

Michael Rubinoff, producing artistic director of the Canadian Music Theatre Project, who was the catalyst for generating support from Sheridan community states, “I am so proud of these incredible students. This is another example of the dynamic talent and creativity that Sheridan nurtures, and it is extraordinary to see that recognized by one of the world’s leading tastemakers, Simon Cowell.”

CJ Capital adds, “This is wild! I feel super blessed and grateful for the support of everyone. This acknowledgement is a huge honour and will inspire us to keep making lots of music."

After rallying the support of Sheridan’s broader community to participate in the Canadian Family's Got Talent public voting, Sheridan’s President, Dr. Janet Morrison had this to say about CZN’s win: "These three students are talented, hard-working, gracious and incredibly humble. I’m so proud of the role our learning community has played in their success.”

Pictured above left: A clip from a Breakfast Television segment featuring a performance by CZN.