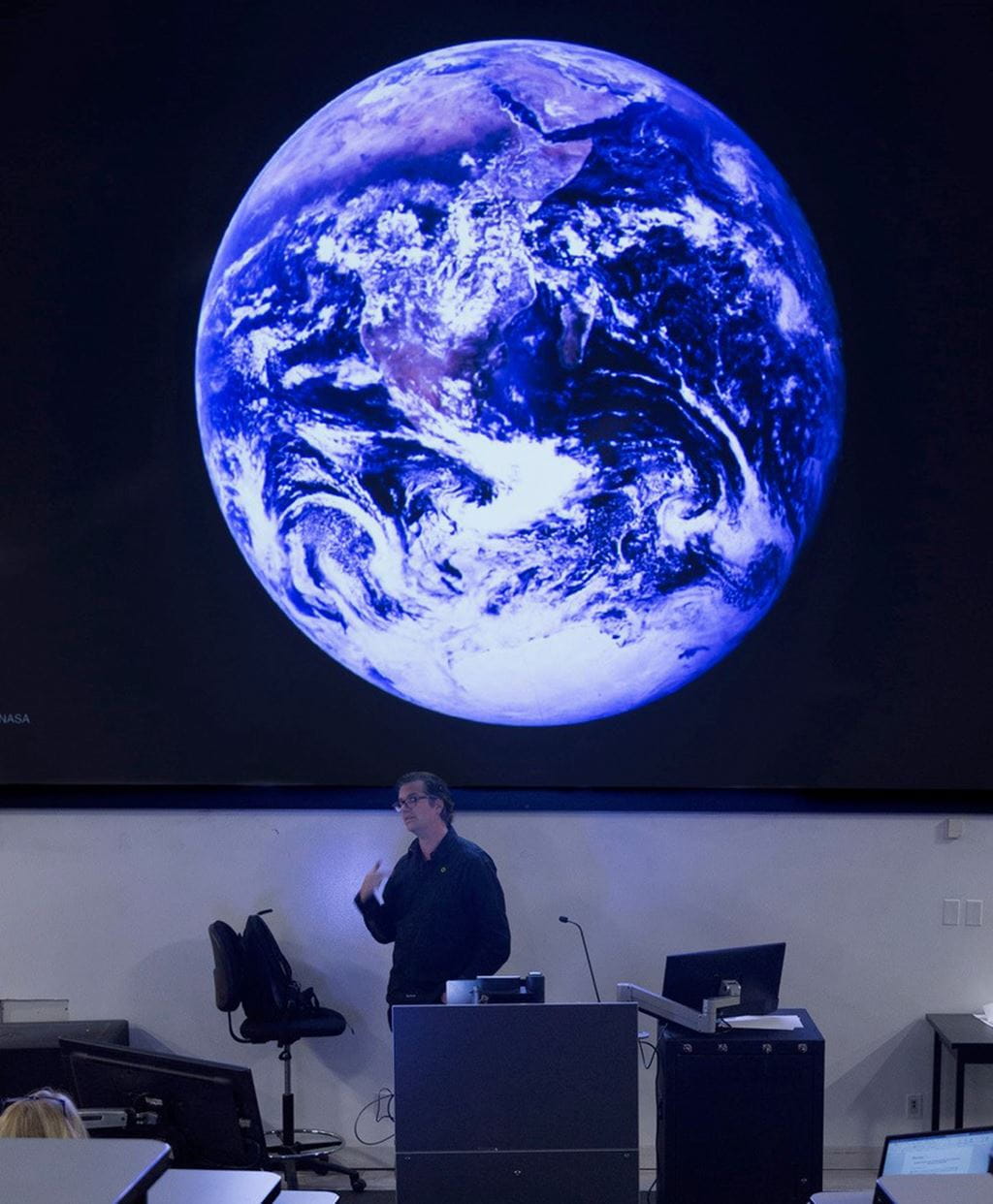 Sheridan Professor Hosts a 24 Hours of Reality: Truth in Action Event in Response to the Climate Crisis

Professor of Art Fundamentals and volunteer Climate Reality Leader, Todd Barsanti, hosted a campus presentation and discussion on climate change as part of 24 Hours of Reality: Truth in Action. Spearheaded by the Climate Reality Project – an organization founded by Nobel Laureate and former US Vice President Al Gore aimed at turning awareness into action on climate change – the global initiative took place over a 24-hour period, with Sheridan’s event taking place on Nov. 20 at its Trafalgar Campus in Oakville.

24 Hours of Reality: Truth in Action presents an opportunity to have meaningful conversations on the climate crisis and discuss ways to take action to solve it. Climate Reality Leaders, who are personally trained by former Vice President Gore, lead the discussions. Barsanti was trained in July 2013 in Chicago, Illinois and has since presented at multiple elementary and high schools in the Greater Toronto Area.

Barsanti was inspired to become involved in the cause nearly a decade ago, recognizing a lack of understanding of sustainability issues within the graphic design industry and academia where he’d worked since graduating from Sheridan’s Graphic Design program. Through York University, he attained a master’s degree in Environmental Studies and an Environmental and Sustainability Education Diploma. “I’ve always been passionate about environmental issues and felt that we could be doing more in the arts to incorporate sustainable thinking and practices,” he says. “A lot of headway can be made if we approach it through the lens of education.”

Sheridan faculty, staff and students were in the audience for Barsanti’s sobering presentation, which spotlighted the science of climate change and examples around the world of extreme weather events and their devastating human, environmental and economic impacts.

While there must be far-reaching, significant and immediate changes to even to begin to address the damage caused by climate change, says Barsanti, he left the audience with a message of hope. “We have everything we need at our disposal to make significant changes to reducing C02 emissions,” he says. “Individual actions matter. Consider your transportation and purchasing choices, ask your local candidates to prioritize renewable energy and don’t let climate denial go unchallenged.”

Each audience member who attended a 24 Hours of Reality: Truth in Action event had the opportunity to fill out an online form to have a tree planted on their behalf by the organization One Tree Planted.