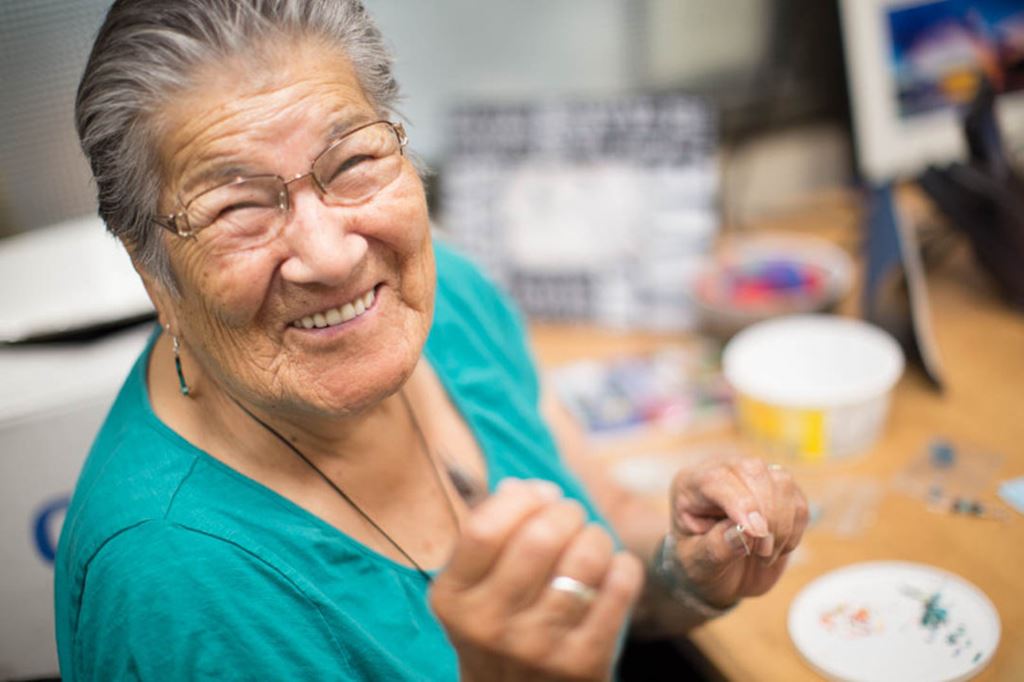 The Hamilton Gallery of Distinction has named its six inductees for 2019 including Sheridan College’s Elder in Residence, Bertha Skye. It’s an honour administered through the Hamilton Public Library that recognizes outstanding citizens, past and present, who have made significant contributions towards the betterment of the community.

Skye grew up in the Ahtahkakoop Cree Nation in Saskatchewan and is now a resident of Six Nations. She’s worked with Sheridan’s Centre for Indigenous Learning and Support (CILS) since it opened in 2015 and was a founding member of Sheridan’s Indigenous Education Council, which was created to advise the college on challenges and barriers related to the success of Indigenous learners.

“Bertha has been an integral part of our Centre and we are so proud that she’s being recognized in this way,” says Elijah Williams, Manager of the CILS at Sheridan. “She’s an educator, advocate, role model, grandmother and an important figure to our Indigenous students.” Skye is also an award-winning chef, competing at Culinary Olympics around the world and bringing home several gold medals.

With Skye’s significant contributions, Sheridan’s CILS has been developed as an inclusive space that’s grounded in the teachings of acceptance and compassion. Its staff work to celebrate and recognize the cultures of Indigenous peoples through teachings, cultural events and student engagement, support faculty, staff and students in learning more about Indigenous cultures of Canada and encourage all students to maintain their cultural identity within Sheridan.

Skye and her fellow inductees will be honoured on November 12 at an evening event in Hamilton where she’ll receive an award made by a local Hamilton artist. Her photo will be added to a wall of distinction located on the third floor of the Central Library in Hamilton.