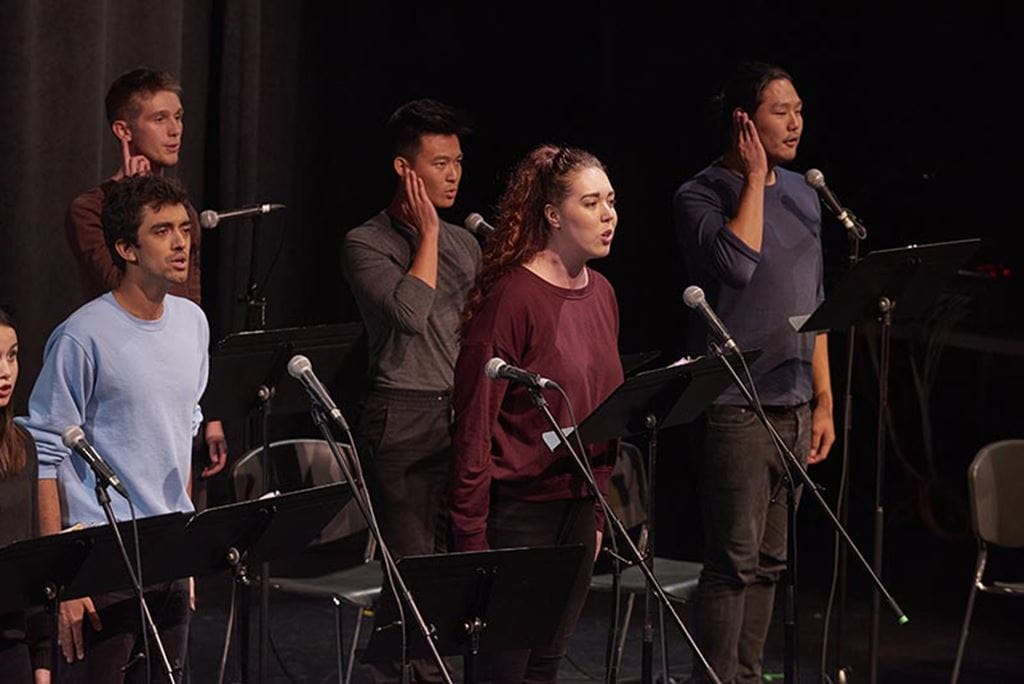 Michael Rubinoff, Producing Artistic Director of Sheridan College’s award-winning Canadian Music Theatre Project (CMTP), is proud to announce the lineup of musicals that will be workshopped this month by Sheridan’s Honours Bachelor of Music Theatre Performance Class of 2020. All three productions feature prestigious collaborations with Canadian and international partners.

Since the program’s inception in 2011, 11 CMTP-developed shows are scheduled to receive or have received professional premieres, including the Tony Award-winning Come From Away. Originally developed and produced by the CMTP, Come From Away currently has five productions running simultaneously on Broadway, in Toronto, in the UK, on a North American tour and in Australia. The musical was recently honoured with four Olivier Awards, including Best New Musical.

“The impact of the CMTP is unparalleled, as these new musicals are finding tremendous success after launching at Sheridan,” says Rubinoff. “Providing writers with a supportive environment for creating new work, in collaboration with our exceptional students, the CMTP has established itself as an international centre of excellence for the development of new musicals.”

The workshops held in September will culminate in 45-minute staged readings of the three musicals at the CMTP Festival of New Musicals, which takes place from Oct. 9 to 11.

“The CMTP is the most vibrant and exciting place I know of to develop a musical,” says Dennis Garnhum, Artistic Director at the Grand Theatre, London, Ontario and the Director of Grow, which will be workshopped through this year’s program. “With a workshop filled with Sheridan’s passionate and talented students, I am certain that our musical will GROW to another level. It is an honour to be here.”

The three projects are:

Developed in partnership with the Grand Theatre (London, Ont.)

Before they must commit to the Amish faith forever, 19-year-old twins Hannah and Ruth leave the comfort of their sheltered community to explore the outside world for the first time. After finding themselves stranded in one of Toronto’s roughest neighbourhoods, all their plans go up in smoke and they end up working at an illegal marijuana grow-op. Grow is an outrageously fun, big-hearted musical, that explores sisterhood, community, and the legalization of a once-forbidden weed.

Developed by Sheep Soup Productions (U.K.) in partnership with the CMTP

Nel’s hoarding problem has reached breaking point. In a final effort to save her crumbling family relationships, she reluctantly embarks on a mammoth de-cluttering. Objects sing for their survival and old demons are unleashed as musical memories spring from the eclectic depths of the hoard. Nel’s wild and wonderful fantasy world is soon shattered by the very real task ahead. Sheep Soup’s new musical will examine what material things really mean to us, and how easily we can become buried by the past.

PUMP UP THE VOLUME

Pump Up The Volume tells the story of Mark, a shy outsider who rocks a small town by launching a Pirate Radio station in his parent’s basement, broadcasting nightly as his raucous, no-holds-barred shock jock alter ego “Hard Harry.” Under cover of darkness, Mark bravely speaks truth to power — but when tragedy strikes, the powers-that-be make the hard-talking radio pirate their scapegoat. Soon, Mark must decide whether to sign off for good... or pump up the volume.

On Oct. 9 and 10, the Festival of New Musicals will be held at Sheridan College in Oakville, Ont., with performances beginning at 7 p.m. Tickets can be purchased here.

On Oct. 11 at 3 p.m., the Festival will hold a pay-what-you-can performance at the Winter Garden Theatre in Toronto.

For more information about other CMTP musicals currently in production around the world, please visit cmtp.sheridancollege.ca