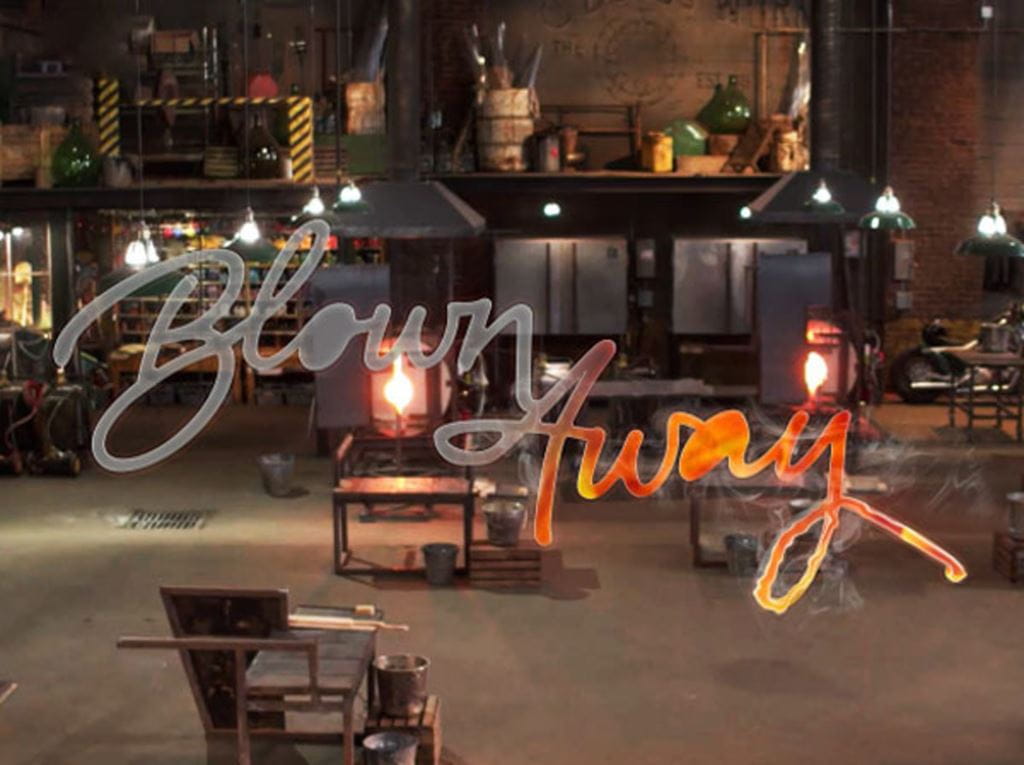 When the new reality TV series Blown Away makes its worldwide debut on Netflix on July 12, viewers will be gifted a behind-the-scenes reveal of the complex technical and artistic skills required to excel in this ancient craft. Over 10 episodes, a field of contestants from across North America compete to display their exceptional skills while executing pieces that tackle each episode’s specific set of challenges, to avoid elimination.

“Unlike other reality tv competition shows, Blown Away showcases an art form that has never really been explored on television,” says Mike Bickerton, the series’ director. “The beauty and complexity of the medium is absolutely captivating and was what drew me to the project in the first place.”

Sheridan’s Glass Program was heavily involved from the beginning. Koen Vanderstukken, Head of Glass, served as the series consultant; the college loaned over $10,000 worth of equipment to outfit the show’s facility (what is now North America’s largest hot shop), found on Imperial Street in Hamilton; students and alumni helped to build the hot shop; and 14 students and alumni from Sheridan are featured as assistants in the first 9 episodes. In addition, Benjamin Kikkert, a Sheridan Glass alumnus, is a contestant on the show, and Sheridan’s President, Dr. Janet Morrison, served as a guest evaluator on episode 8.

“I believe this show can help studio glass reach a whole new audience and become more known and appreciated, not only in Canada but worldwide,” says Vanderstukken. “It has the potential to expand the market for individual artists and to show young people the possibilities and excitement of working with glass.”

For the students and alumni who worked on the show as assistants to the competitors, it was an amazing opportunity to test their mettle in a high-pressure environment. By all accounts they succeeded, according to Bickerton. “I was amazed by the incredible partnership that is required between the gaffer (primary glass blower) and assistant. They are working together for four to six hours at a time. The Sheridan students and grads did a phenomenal job.”

Hear it in their own words – Sheridan students talk about their role on Blown Away: 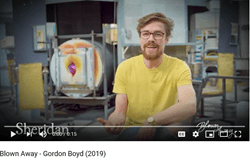 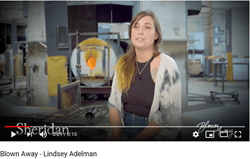 Dr. Janet Morrison, Sheridan’s President and Vice Chancellor, also had a chance to view the competition up close when she appeared as a guest evaluator. “I was tremendously impressed by the professionalism our students brought to their demanding roles, supporting top artists from around the world,” she says. “It’s a testament to the depth of learning and skills they acquire in the Glass program, which prepared them to take on their roles with a sense of capability and confidence.”

To enhance the audience’s viewing experience, Sheridan’s in-house experts have created a beginner’s guide to glass-speak. Download the Blown Away Viewer’s Guide: The (in)complete lexicon of glass blowing which features tools and techniques commonly used in glassblowing.

Watch the trailer for Blown Away here.