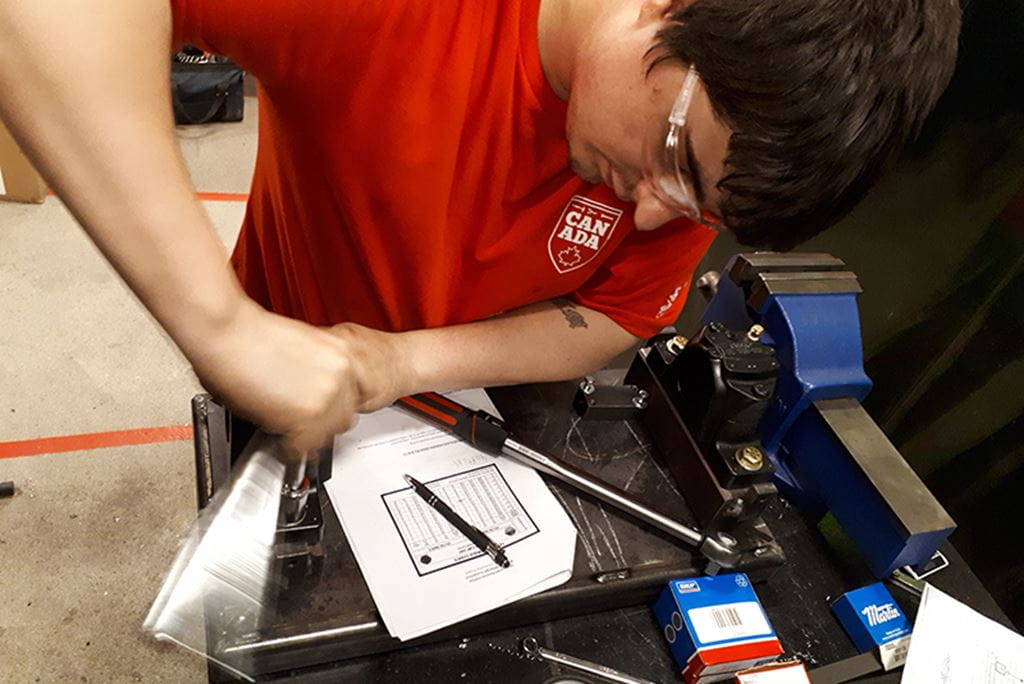 A Sheridan student will be participating at the WorldSkills Competition for the first time in the college’s history. Jake Doan, who is studying in the Industrial Millwright Mechanic (IMM) Apprenticeship program, secured a spot on Team Canada and will be traveling to Kazan, Russia to participate in the prestigious, bi-annual skills showcase in August 2019.

Getting to this milestone moment was an arduous process for Doan. After his silver-medal result at Skills Canada in Edmonton, Alberta in 2018, he was invited to participate in a two-prospect, run-off event against an IMM competitor from Quebec to determine who would represent Canada at WorldSkills 2019. The decisive competition was held in conjunction with the 2019 Skills Canada Competition in Halifax, Nova Scotia at the end of May.

After months of preparation, Doan completed three challenges over two days that required a total of 12 hours of focus and hard work. Tasks included fabrication, welding, machining, inspection and reassembly, and laser shaft alignment. At their conclusion, Doan came out on top as the successful competitor.

“Jake performed exceptionally well during the challenges,” says Brian Vintinner, Doan’s trainer and Sheridan IMM professor. “He was steady, precise and sure throughout the two days of competition. This ultimately was the difference in a very tight competition where the competitors were separated by the smallest of margins.”

With a whole team of Sheridan faculty and staff behind Doan including Vintinner, Craig Brazil (IMM), Dave Hillman (Fabrication and Welding) and Lawrence Hamilton (Machining), he will begin final preparations to hone the skills needed to perform at the highest level on the world stage. He will be supported by Vintinner and Brazil, who serves as the National Technical Chair for the IMM Competition at WorldSkills, when he competes in Kazan.

“We’re incredibly proud of Jake and the high level at which he’s performed to make it to WorldSkills,” says Dr. Janet Morrison, President and Vice Chancellor at Sheridan. “This is unchartered territory for us. We are excited to be cheering Jake and his mentors on as they represent Sheridan and Canada in front of an international audience.”

The 45th WorldSkills takes place at the KAZAN EXPO International Exhibition Centre from August 22 to 27, 2019.