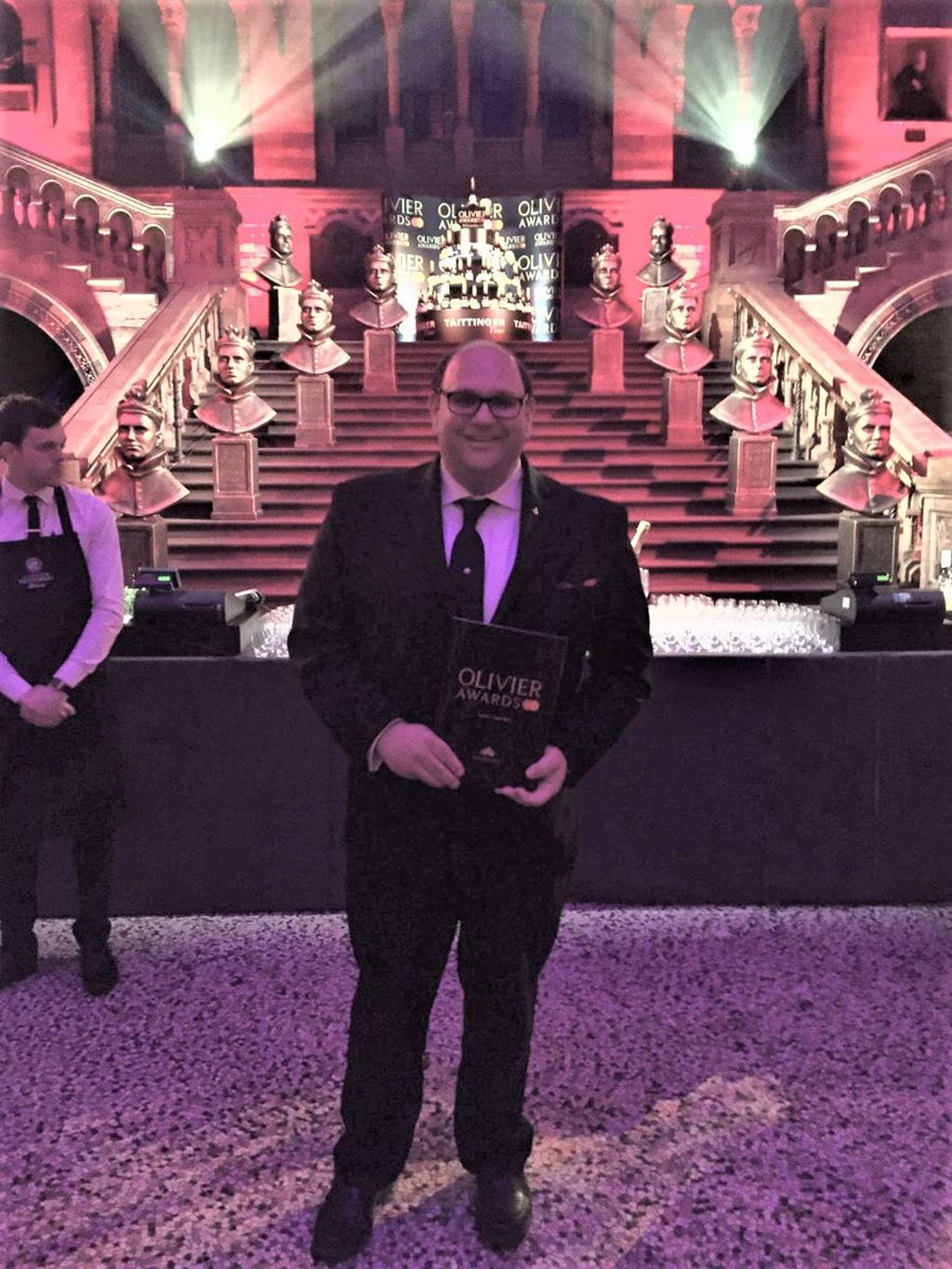 Come From Away Makes History with Four Olivier Awards

Come From Away, which had its start at the Canadian Music Theatre Project (CMTP) at Sheridan College in Oakville seven years ago, made history last night at the Olivier Awards in London, England – becoming the first Canadian show to win the Laurence Olivier Award for Best Musical. In addition, the production won awards for Outstanding Achievement in Music, Best Sound, and Best Choreographer.

Michael Rubinoff, Producing Artistic Director of CMTP, who originated the idea for the show, was on hand for the awards ceremony. “Once again, because so many people have poured their hearts and souls into this show, the spotlight will grow brighter on the great people of Newfoundland and Labrador and their kindness and humanity that inspires us,” he said.

The Olivier Awards are the British equivalent of the Tony Awards. In 2017, Come From Away earned seven Tony nominations, and picked up the win for Best Direction. As a producer on the show, Sheridan became the first post secondary institution in history to receive a Tony nomination. The Toronto and Broadway productions are still going strong, while a North American tour of the show has met with great success. Future productions are planned in Australia and Argentina, and a movie of the musical is also in the works.

Rubinoff is delighted, but not necessarily surprised at the show’s success, given its powerful message: “At its heart, Come From Away is a story about humanity, kindness and compassion at a time when those qualities can seem to be in short supply.”

Read about the Canadian Music Theatre Project and its successful approach to new musical productions.