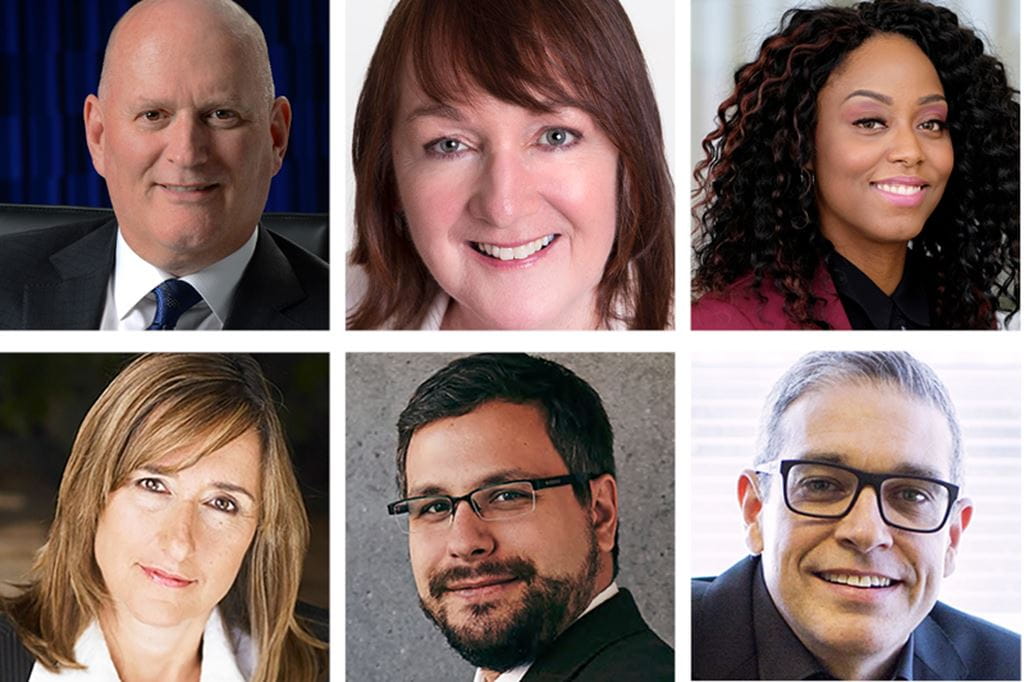 From a social impact-focused entrepreneur to an award-winning producer, Sheridan’s crop of nominees for this year’s Premier’s Awards covers the gamut of success and ambition.

Sheridan has nominated six accomplished graduates for the 2018 awards, which recognize the outstanding social and economic contributions of Ontario’s college graduates.

Launched in 1992 by Colleges Ontario, each year the Premier’s Awards have recognized one winner in each category. Sheridan alumni have taken home the prize 16 times.

This year’s recipients will be announced at a gala event in Toronto on Nov. 26.

Alan Dick (Business Administration Marketing ‘85) is nominated in the business category. Dick is the senior vice-president of global business services and integration management at Jacobs Engineering, leading the company’s efforts to integrate with the firms the company acquires. His efforts have helped to streamline Jacobs’s business and increase its gross margins. Throughout his career, Dick has mentored young talent, giving them the opportunities he benefited from early in his career.

In the community services category, Diane Hill (Community Planning ‘79) is nominated for her work helping to amplify the voices of underrepresented women and girls. Hill is the director of communications for the Gender Equality Network Canada — a new network of over 150 women leaders. This position is a continuation of her work with United Way Toronto and The Canadian Women’s Foundation, where she has used her storytelling and marketing expertise to raise awareness of complex social issues to create positive change.

Shauna-Kay Jones (Software Development and Network Engineering ’15) is a young entrepreneur committed to developing technology that has a meaningful social impact and improves quality of life. Inspired by her brother, who is autistic, Jones has dedicated herself to transitioning her college capstone project, the Motify app for students on the autism spectrum, to a start-up enterprise on solid footing. She is nominated in the recent graduate category.

Environmental and Chemical Engineering Technology grad Eric Liberda (‘02) is nominated in the health sciences category. Liberda is an award-winning associate professor and researcher specializing in environmental contaminants. His goal is to improve human health and health policy, while working to protect Canadians from the negative health effects of toxicants such as pesticides, lead and mercury. He aims to empower the communities he works with, moving his research findings into action.

President and chief innovation officer of Delvinia, Steve Mast (Architectural Technology ‘92) is the nominee in the technology category. Throughout his 27-year career, Mast has created and led the development of technology and market research solutions for a wide variety of high-profile clients. At Delvinia, he leads an innovation team that provides data collection and market research solutions that enable businesses to make better decisions.

In addition to the nominees, Sheridan will also be represented at this year’s gala by the event’s master of ceremonies, James Cunningham, a 1996 alumnus of the College’s Theatre and Drama Studies program. Cunningham is a comedian, television host and corporate emcee.

Learn more about all six nominees.