Joe Morse, Professor and Coordinator of Sheridan’s Honours Bachelor of Illustration program, has been named a finalist in the Young People's Literature – Illustrated Books category of the 2018 Governor General’s Literary Awards. Morse illustrated the nominated book Go Show the World: A Celebration of Indigenous Heroes, written by Wab Kinew.

Go Show the World pays tribute to Indigenous heroes over the years, including Tecumseh, Sacagawea and former NASA astronaut John Herrington. In addition to this honour, the book was also selected by the Society of Illustrators of New York for inclusion in the Original Art Exhibition, which celebrates the year’s best picture books. The Exhibition runs from November 8 – January 5 at the Museum of American Illustration in New York City.

“The Governor General’s Award is an incredible honour. Only five books are chosen each year by the jury. It is a wonderful validation of the book and will help more people to see it and I hope make it a part of their children's lives,” says Morse. “I knew when I first read the text, actually a hip-hop song by Wab Kinew, that this was an important book. Wab chose my work because he saw an energy and life in my portrait work that he wanted to see in his Indigenous heroes. I spent two years researching, developing drawings and working on the final art of this book. I think this is a book with a message of hope for all Canadians and all ages, ’We are people who matter. Yes, it’s true. Now let’s show the world what people who matter can do.’”

“We are immensely proud of our colleague – Professor Joe Morse – for being named a finalist in this prestigious, national competition,” says Dr. Janet Morrison, President and Vice Chancellor of Sheridan. “Our students are incredibly fortunate to learn from Joe.  His deep-seated love of his craft and his continuous strive for excellence helps to fuel their own passion for growth and learning.”

“As a professional Illustrator working at the highest level internationally and an accomplished academic leader in the field, Joe provides currency and insight to his students and informed guidance for curriculum development,” says Donna Braggins, Associate Dean, Design, Illustration & Photography at Sheridan. “His continued recognition, both at home and abroad, ensures that students have access to a model of the highest level of professional behaviour and achievement. Joe’s intensive research and conceptual process is reflected in the teaching he provides to students and is key to the quality of work that he is recognized for professionally.”

Morse has been Coordinator of Sheridan’s Honours Bachelor of Illustration program since 2003, when he helped to develop it as a degree program. Throughout his career, he has been included twice in the 200 Best Illustrators in the World directory. His 25 years as an illustrator have featured clients like Nike, Coca-Cola, NBA, MLB, The New York Times, Rolling Stone, GQ, and Fortune. In addition to Go Show the World, he has published the illustrated books: Play Ball, Jackie! and Hoop Genius.

The Governor General’s Literary Awards, founded in 1936, recognize excellence in Canadian English and French books in seven categories. The finalists were selected by a three-person Peer Assessment Committee. Winners will be announced on October 30. Winning writers, illustrators and translators receive a prize of $25,000, with publishers receiving $3,000, and finalists receiving a $1,000 prize. 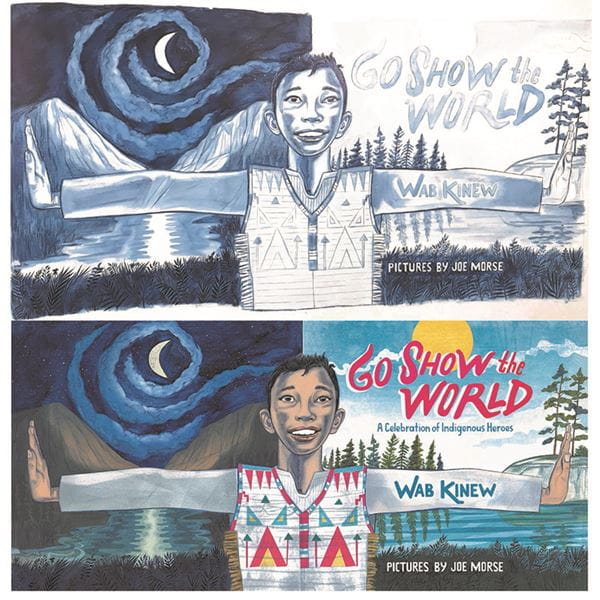