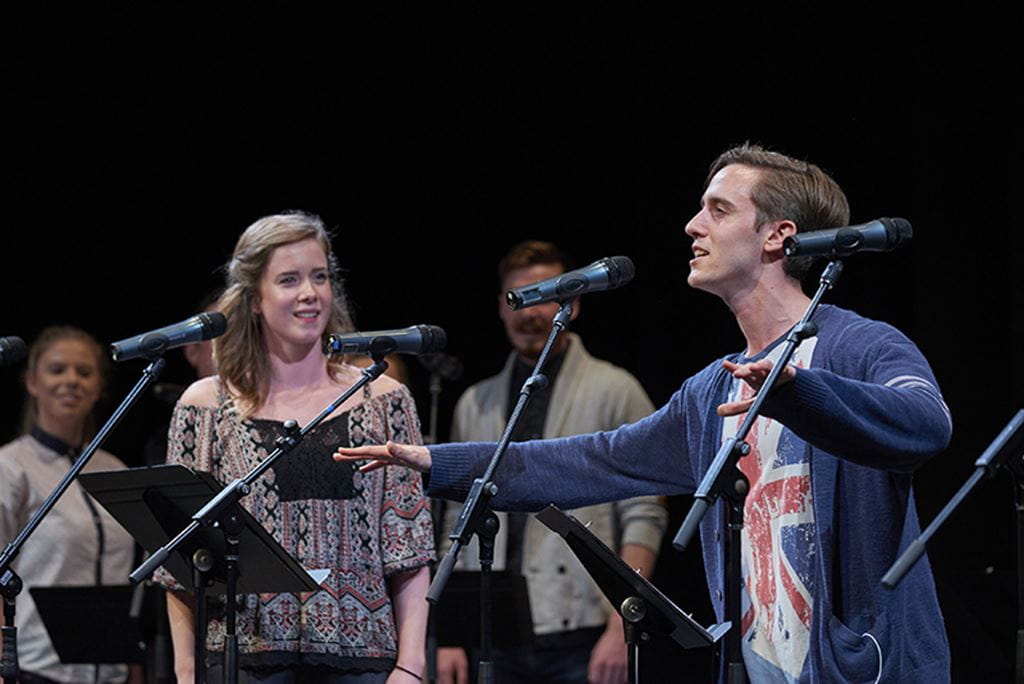 Guided by leading theatre practitioners, the workshops will be used as an opportunity to write, refine and test content over the next five weeks, culminating in 45-minute staged readings of the new musicals in front of an audience of industry professionals and theatre enthusiasts.

Composer and lyricist Daniel Abrahamson, a 2005 graduate of Sheridan’s Musical Theatre Performance program, is returning to Sheridan as part of the creative team behind one of the musicals being workshopped.

Under the leadership of Michael Rubinoff, Producing Artistic Director for the CMTP, 20 shows have been incubated and continue their development since the program’s inception. Several of these shows have enjoyed professional premieres, including The Theory of Relativity, Prom Queen, Marathon of Hope and Come From Away, which opened on Broadway in 2017, receiving seven Tony Nominations, including for Best Musical. Come From Away continues its run on Broadway, and in Toronto at the Royal Alexandra Theatre, with upcoming productions set for a North American tour, the UK and Australia. Click here to learn more about the CMTP and the works developed to date.

Montmartre, Paris. 1880s. The infamous bohemian nightclub, Le Chat Noir. The inhabitants and frequenters: La Goulue, cancan dancer and bon vivant, Suzanne Valadon, painter and artist’s model, composer Claude Debussy, and musical iconoclast Erik Satie. A time of tumultuous change in the arts. Some led the charge. Some went with the flow. Some resisted. Some fell in love along the way. It was a party.

Every day, technology is becoming more a part of the way that we communicate, explore our identities, and learn about the world. As it continues to advance, technology breaks down boundaries, bringing us closer together in spite of geographical divides. That said, these very screens that are bringing us together are simultaneously pulling us apart. In Real Life is a dystopian coming-of-age story about a young woman and man on opposite sides of the world trying to find a true connection in an increasingly technological world.

One day your daughter is a normal, sweet teenager; the next, she's running off with a tango pirate. What do you do about it? Have her arrested. Obviously. A musical inspired by true events from 1915, when things were pretty weird.

Kelly V. Kelly is being developed in partnership with The Musical Stage Company

Inside the first human colony on Mars, a hopeless amateur theatre troupe of astronauts, scientists, and pioneers stage a musical satire of Earth today to teach the first human born a Martian about the home they've all left behind. Stars of Mars is a new musical comedy about family, humanity, and the rocket science required to put on a show in space.

The new musicals will be presented at the 2018 CMTP Festival of New Musicals, which will take place from Oct. 13 to 15, providing audiences with the chance to be among the first to see these new projects in development. Students will perform 45-minute staged readings of each musical at the following times and locations:


Tickets can be purchased at tickets.sheridancollege.ca.

The CMTP is a proud member of NAMT: The National Alliance for Musical Theatre.