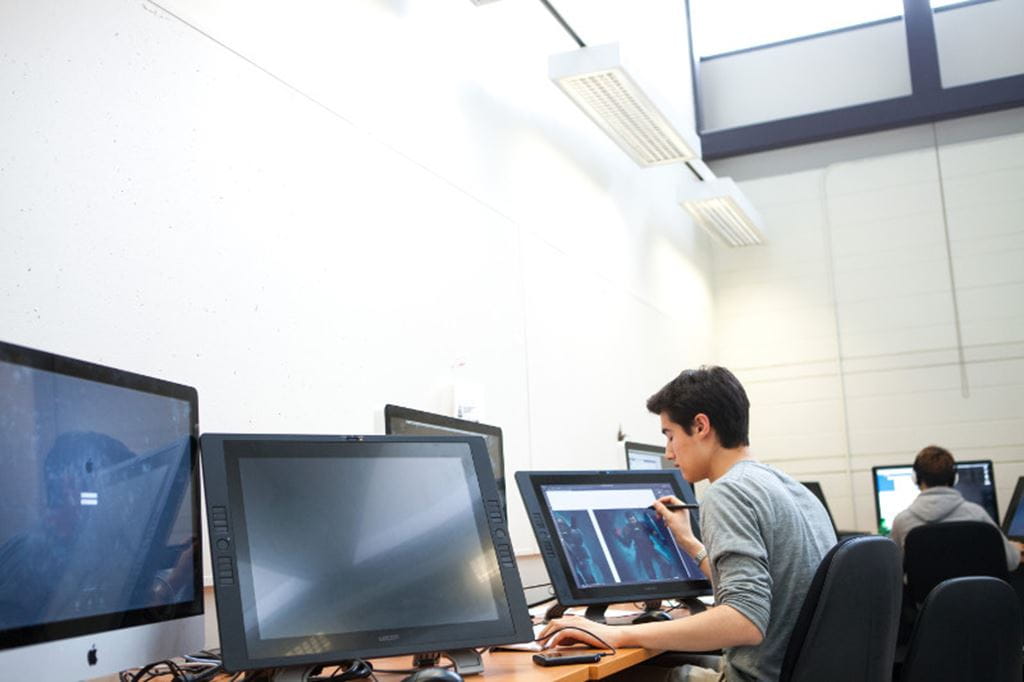 Sheridan has signed a Memorandum of Understanding with the Dun Laoghaire Institute of Art and Design (IADT), located near Dublin, Ireland, which will see the two institutions work together towards an articulation agreement that will allow qualified Sheridan graduates to enroll in IADT’s Master of Animation program.

“We are delighted to be partnering with IADT in support of students who aspire to continue their education in the field of animation,” says Dr. Angela Stukator, Associate Dean, Animation and Game Design. “IADT and Sheridan share a philosophy of arts education that is based on valuing the marriage of scholarship and creative activities, in the service of excellence and lifelong learning.”

Sheridan is approaching its 50th year anniversary of delivering animation education this fall. From its early days as a diploma in classical animation, the program has evolved to a four-year Honours Bachelor of Animation program. The college also offers leading edge, one-year graduate certificate programs in three computer animation streams.

“Our partnership is a significant moment in the story of Animation Education in Ireland and Canada. IADT is proud to partner with Sheridan College, which has a prestigious reputation globally,” said Dr. Annie Doona, President, IADT.

Over the course of its history, animation at Sheridan has produced countless talented graduates who have gone on to play leading roles in the film and television industry, both in Canada, the U.S. and abroad. Notable alumni include Academy Award winner s Chris Williams (Big Hero Six) and Alan Barillaro (Piper) , and nominees Dean Deblois (How to  Train Your Dragon 1 and 2) and Graham Annable (The Boxtrolls). Closer to home, Sheridan alumni have helped fuel the success of local studios including Nelvana, Guru, Elliott Studio, House of Cool, and Jam Filled, to name a few.

The two institutions are working towards a launch date of September, 2019 for the articulation agreement to take effect.