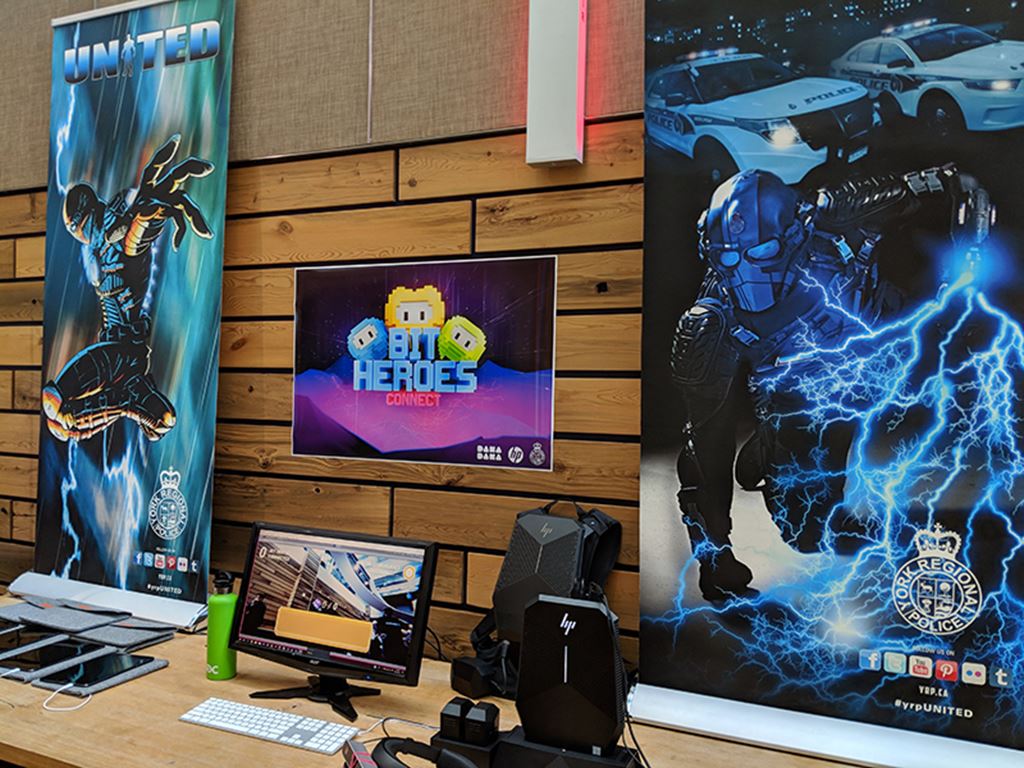 Bit Heroes Connect is an interactive game for children ages 8-12, which uses augmented reality to increase engagement when police officers visit schools. The game builds on the York Regional Police’s existing school program, where officers dress as superheroes and talk to students about various topics. “If you have fun, you’re going to be present and aware. Bit Heroes Connect is a platform to increase that positive psychology, to make kids have fun and be engaged with the officers – the game ensures that kids are active and they take the police officers’ message to heart,” says Tetreault.

“We’re really happy to have had the opportunity to attend Digifest, and we’re pleased with our first place tie,” says Tetreault. He says seeing the kids enjoying the game and positive feedback from parents validated the eight months of hard work it took to finish. “It confirmed that not only does the game work, but people actually think it’s good. The award is something that cements it.”

The game began as Tetreault’s capstone project. He says he saw the need for a game like Bit Heroes Connect during his co-op term with the York Regional Police. “I wanted to use the technology piece and tackle their issue of kids not engaging when they come into schools.”

Dr. Jose Rueda, Professor of Game Design at Sheridan, says “Sheridan College Honours Bachelor of Game Design students are designers who are trained to think about the context they live in and pursue relevant design challenges. Through this project, our students demonstrated how to think about design and apply technology in an innovative and creative way. We are very proud of their accomplishment.”

“What an amazing accomplishment for our Game Design students. They have surpassed expectations in terms of innovation with new gaming technology for a worthwhile cause. We couldn’t be more proud,” adds Angela Stukator, Associate Dean, Animation and Game Design at Sheridan.

Digifest is a three-day festival that showcases student work in a variety of disciplines, including Graphic Design, Interaction Design, Media, Animation, and Gaming. It has been presenting the Best of the Best Student Showcase since 2015—featuring works by graduating students in digital programs across postsecondary institutions.  This year’s theme was Hello Tomorrow: Our Creative Cities. Bit Heroes Connect tied with Radio Violence, a game by No Sleep, a group of George Brown students. The game was also exhibited at EGLX, Level Up, the York Regional Police, and the Oakville Library.