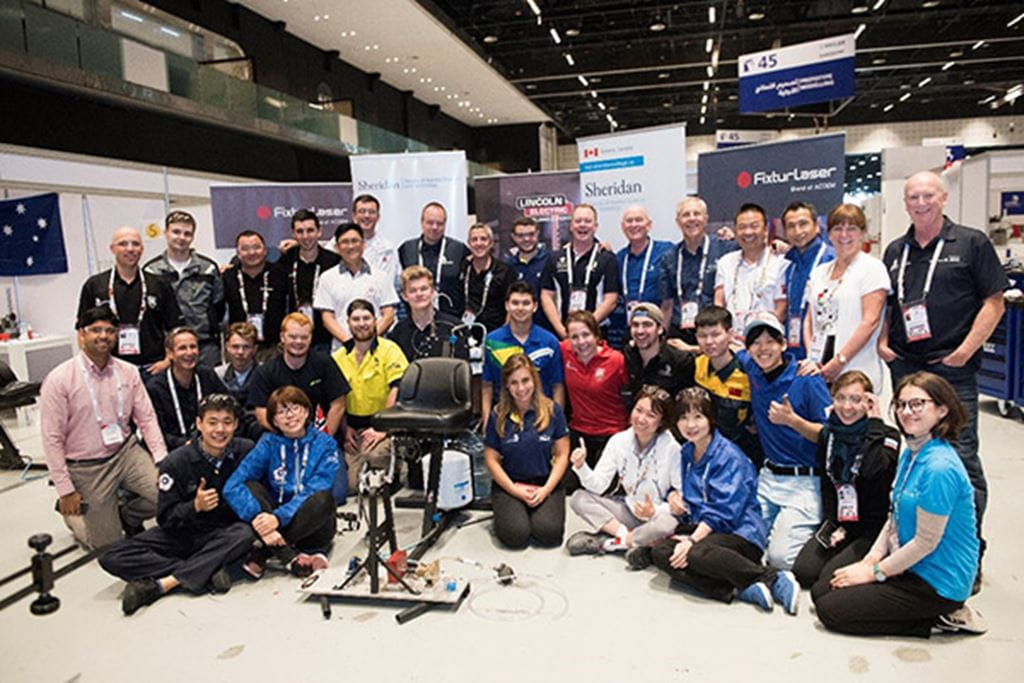 Craig Brazil, professor and coordinator of the Industrial Mechanical Millwright (IMM) program, along with Simon Heathcote, Lab Manager in the Faculty of Applied Science and Technology (FAST), had a leading role at Worldskills Abu Dhabi, which took place in early October.

Brazil served as the IMM Skill Competition Manager, a progression from his role as Chief Technical Expert in the discipline at the last Worldskills Competition, held in Sao Paulo, Brazil in 2015, where IMM was introduced for the first time in the competition’s 67-year history.  This year’s event had special meaning for him, as the IMM competition project was designed and built in Sheridan’s workshops under the direction of Brazil and Heathcote.  “We were proud to have the opportunity to showcase a project from our own workshops on the world stage,” says Brazil.

Worldskills Abu Dhabi featured around 1,600 competitors taking part in fifty-one vocational and skilled trades competitions over four days.  Participants have taken a grueling route to reach the event, having succeeded at regional, territorial and national competitions before earning the right to represent their country on the world stage.

The challenge facing this year’s IMM competitors was to build a pedal-powered water purification system for developing countries, and drew on all of the skills associated with the Industrial Mechanic Millwright trade, including machining, welding, fabrication, electrical, precision alignment, layout and precision hand work.

Eleven countries were represented in the competition, which took place over four days.  Brazil oversaw the daily schedules for the competitors as well as the final marking of their work.

The Sheridan prototype of the water purification system

In the end, China won Gold while Australia and Brazil tied for Silver.  Medallions of excellence went to Canada, Chinese Taipei and New Zealand.  The competition also resulted in the creation of seven working pedal-powered water purification systems, which will be distributed through the Worldskills Foundation to deserving  communities in developing countries.

“It was gratifying to be part of the team that put this project together with the potential to positively impact the lives of communities around the world,” said Brazil.  The next Worldskills competition will be held in the Fall of 2019 in Kazan, Russia.  Sheridan will once again apply to be the external design team charged with developing the Industrial Mechanic Millwright project.

Photo at top of page:  The IMM team at Worldskills Abu Dhabi