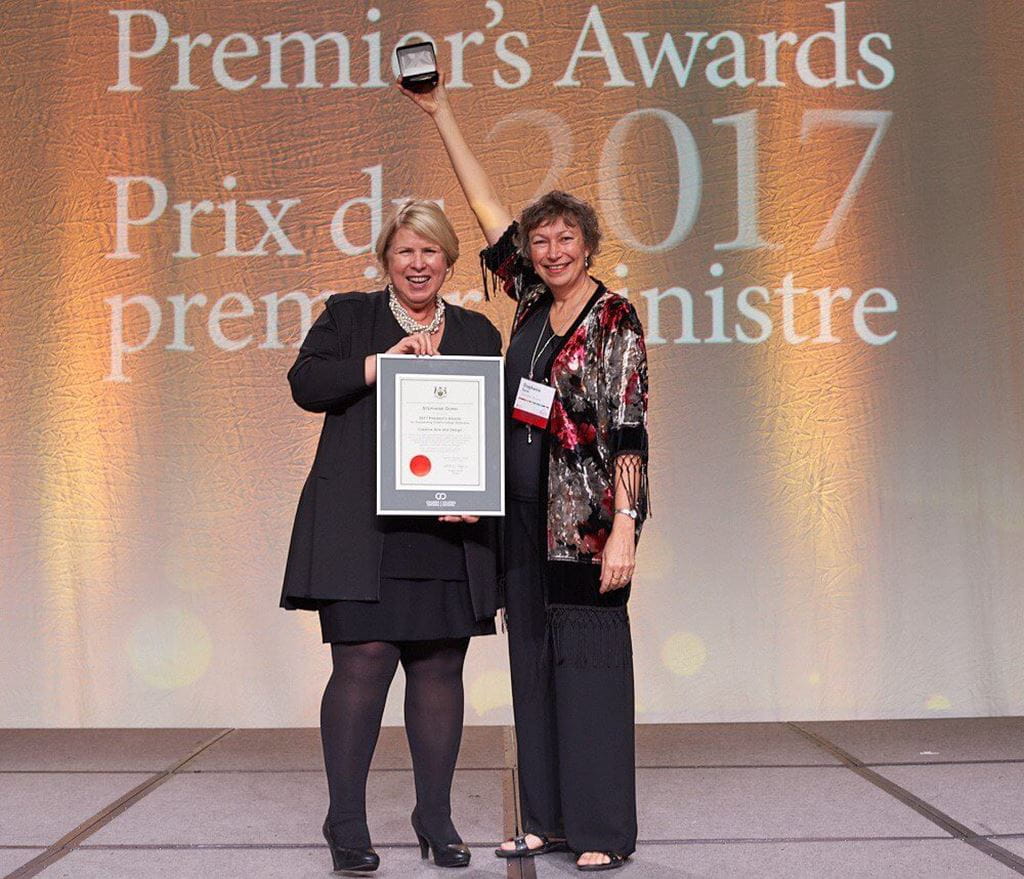 Sheridan alumna Stephanie Gorin (Music Theatre ’81) has won the 2017 Premier’s Award in the Creative Arts and Design category. Gorin was chosen from a distinguished group of 17 nominees, and received her award during a gala celebration in Toronto on Nov. 27.

During her 26-year career as a casting director, Gorin has cast for more than 200 musicals, movies, and television shows, including the all-Canadian production of Come From Away, the film-adaptation of Stephen King’s IT, and Shazam! for New Line Cinema.  Her TV credits include Black Mirror Arkangel (directed by Jodie Foster), Anne (CBC/Netflix), and Frankie Drake Mysteries (CBC). She’s a five-time Emmy nominee, and won in 2014 for Best Casting for a Mini-Series for Fargo. That same year she won an Artios award from the Casting Society of America; she’s earned six Artios nominations in total, as well as three Gemini nominations. Gorin is well-known among her colleagues for supporting new talent in the industry. She champions young actors in auditions, and is the creator of The Casting Room, an award-winning web series that uses humour to show actors how to nail an audition.

“Congratulations to Stephanie on receiving this award,” says Mary Preece, Sheridan’s President and Vice Chancellor. “We are delighted to celebrate her accomplishments. It is particularly inspiring when you consider that the foundation of Gorin’s work began in Sheridan’s Music Theatre program.”

Gorin is Sheridan’s 16th alumnus to win a Premier’s Award, and the ninth to win in the Creative Arts and Design category. The Premier’s Awards were launched in 1992 to mark the 25th anniversary of Ontario’s colleges and are presented annually in six categories: Business; Community Services; Creative Arts and Design; Health Sciences; Recent Graduate; and Technology. Sheridan’s other nominees this year were:

“We are proud of all our nominees and their incredible accomplishments,” Preece says. “They are excellent ambassadors for Sheridan, and an inspiration to our current students.”