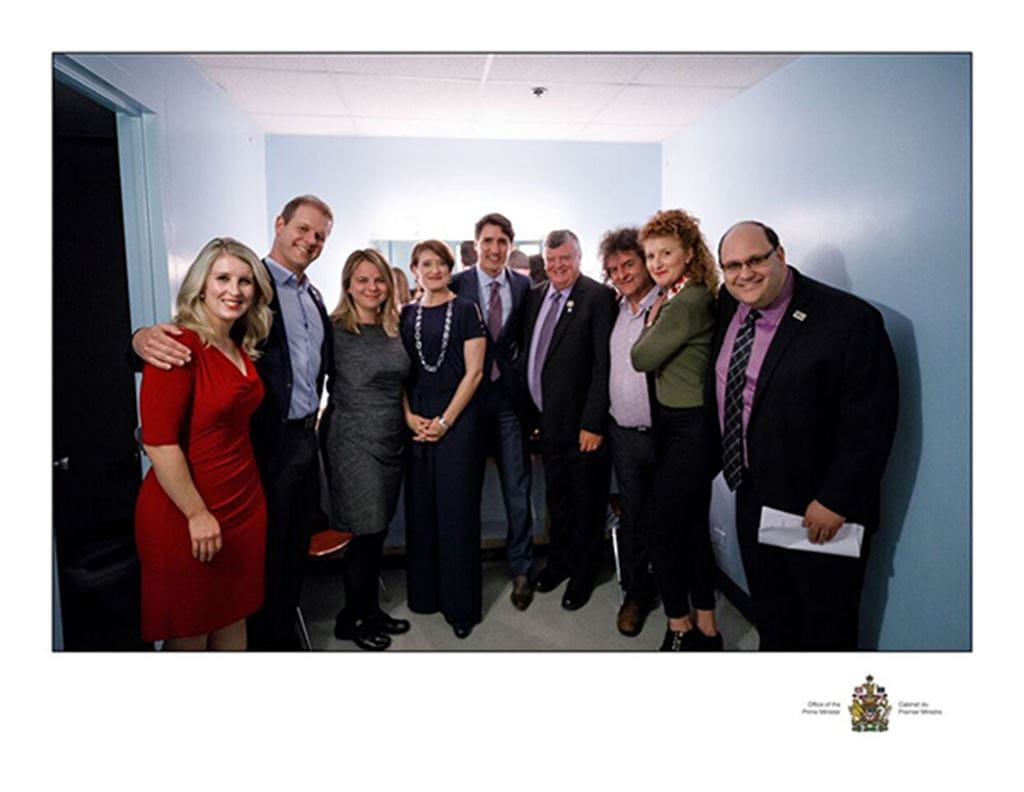 Sheridan joins in Come From Away Forum held in St. John’s as part of 9/11 Commemoration

Prime Minister Justin Trudeau hosted a Come From Away Forum at the Arts and Culture Centre in St. John’s, Newfoundland last night to commemorate the events of 9/11. Come From Away is the Tony Award-winning, Broadway hit musical that was originally developed through the Canadian Music Theatre Project (CMTP) at Sheridan College.

The event was moderated by Seamus O’Regan, Veteran Affairs Minister, and featured a panel including Claude Elliott, Mayor of Gander; Irene Sankoff and David Hein, the musical’s creators; and Petrina Bromley, a Newfoundland performer who stars in the Broadway production. It was organized and produced by Michael Rubinoff, a theatre producer and Associate Dean of Visual and Performing Arts at Sheridan.

The idea for the musical was conceived by Rubinoff, who pitched it to Sankoff and Hein in 2010. They took on the challenge of writing the musical about the selfless compassion shown by the people of Gander and five surrounding towns in welcoming 7,000 stranded passengers on 9/11. “These acts of kindness made me so proud to be Canadian,” said Rubinoff in his opening remarks at the Forum. Optioned by lead producers, Junkyard Dog Productions, the musical earned a Tony Award for director Christopher Ashley and continues to play to sold out audiences at the Gerald Schoenfeld Theatre on Broadway.

Prime Minister Trudeau praised Come From Away for not only telling a specific story about 9/11, but for also relating a universal story about how human decency emerges in the face of tragic events. “It’s a reminder that for all the bad news we see on the TV every night (…), that’s not the whole story,” said Trudeau. “We are better than we sometimes think we are.  Each and every one of us.”

Come From Away will return to Toronto’s Royal Alexandra Theatre in February, 2018, and will feature Sheridan faculty and alumni in the cast. Eliza Jane Scott, who teaches part-time in the Honours Bachelor of Music Theatre Performance program, will play the role of pilot Beverly Bass. Alumni in the cast include Ali Momen and Saccha Dennis, Sue Dunstan, Kate Etienne and Amir Haidar, along with faculty member Jeff Madden.