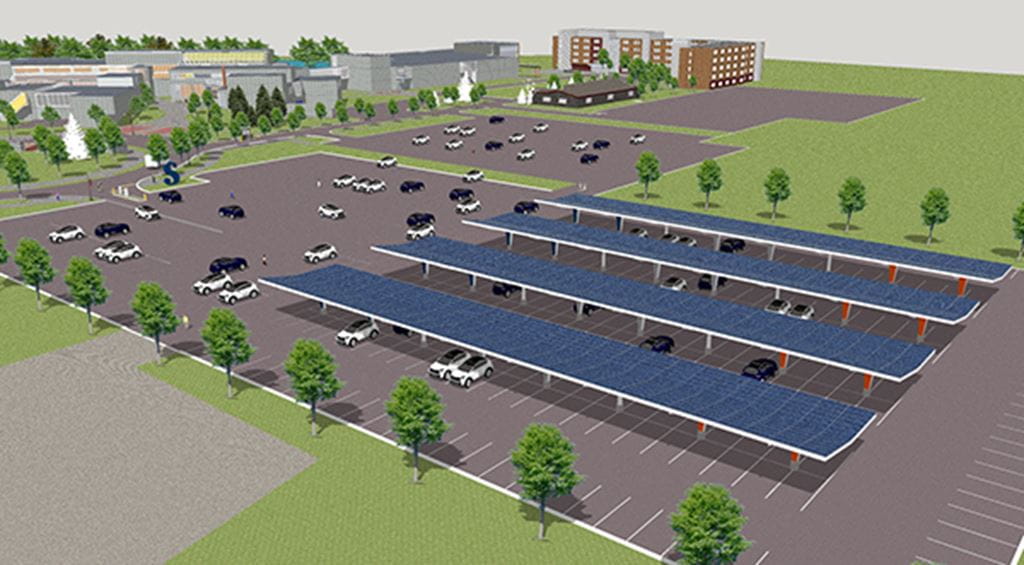 Construction is set to begin this summer at Sheridan’s Davis Campus in Brampton on what will be Canada’s largest solar carport.  The project came about after the college won a highly-coveted contract from the FIT (Feed-in Tariff) program run by the Independent Electricity System Operator (IESO), which manages Ontario’s power system.

The FIT program was created by the IESO to promote renewable energy generation in Ontario.  Sheridan has been awarded a 20-year contract under FIT.  This 500 kilowatt (kW) project will generate approximately 700,000 kilowatt hours (kWh) of solar energy annually, or 7% of the Davis Campus’s annual usage, while saving 29 tons of emissions each year.

The project is an integral component of Sheridan’s Integrated Energy and Climate Master Plan (IECMP), which aims to decrease the college’s overall energy and carbon emissions by 50% by 2030; and Zero Waste Sheridan, which has the ambitious goal of leading Sheridan to become zero waste by 2020.

“This project underscores Sheridan’s commitment to being an academic leader in sustainability,” says Dr. Mary Preece, President and Vice Chancellor.  “It enhances the many steps taken already to reduce our carbon footprint, and provides tremendous educational potential to our students in energy-related fields, who will be able to take their advanced learning and make a difference in our communities.” 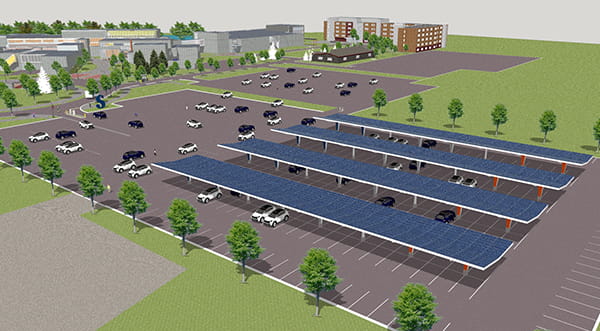 While final design is yet to be determined, the above rendering depicts a potential layout of the carport, which will provide shelter for approximately 260 parking spots.  A contract to design and build the project has been awarded to UGE International Ltd.

The IECMP was first launched in 2010.  Since then, Sheridan has been awarded a Silver rating by the Association for the Advancement of Sustainability in Higher Education (in 2015).  Sheridan has also launched a District Energy Initiative, implementing systems to help conserve energy while increasing usage efficiency.  The new District Energy Centre at the Davis Campus is a showcase of modern systems for the simultaneous production of thermal and electrical engineering, and also an educational tool for engineering technology and skilled trades programs.