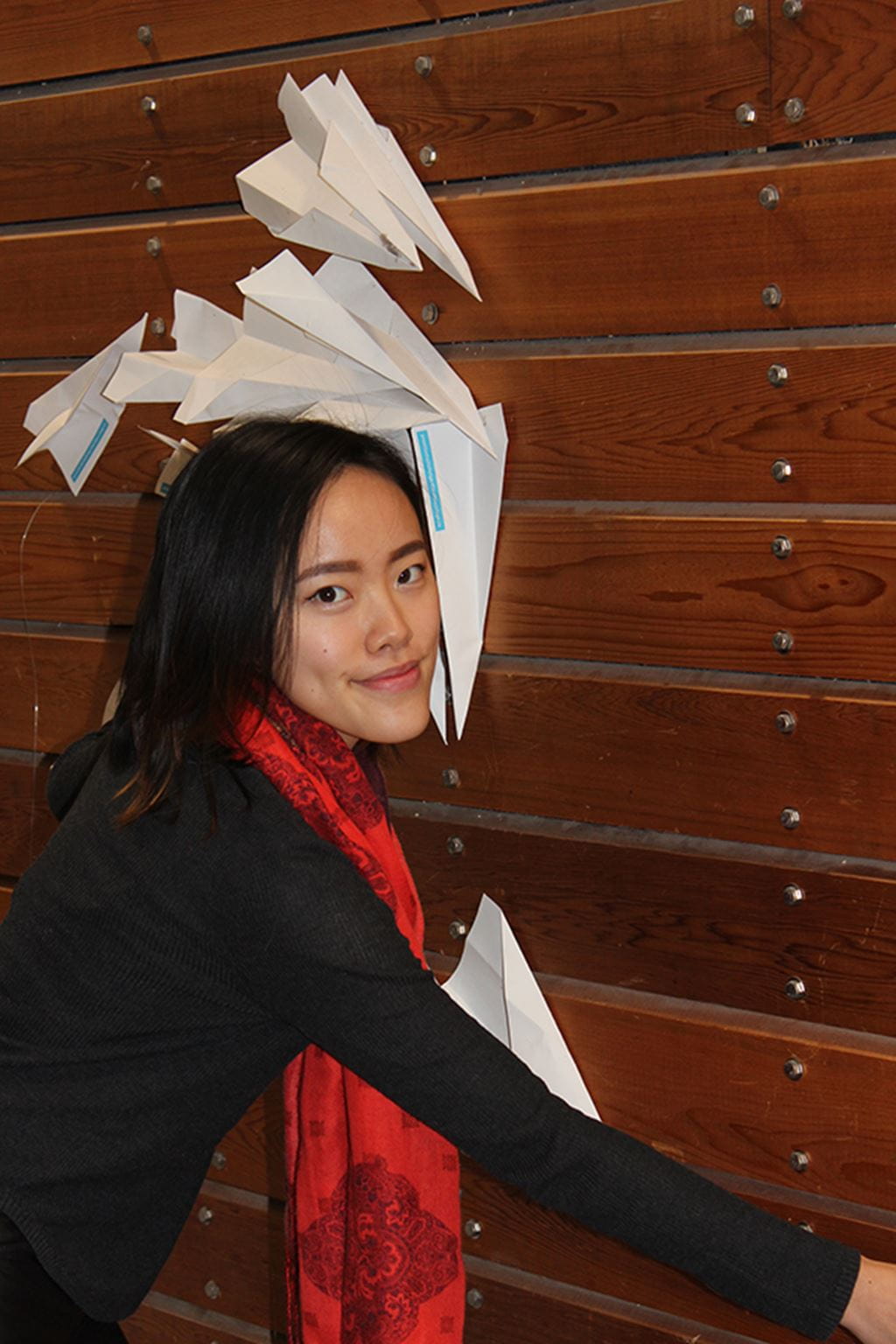 "There are so many exceptional students here at Sheridan," says Mao. Knowing that makes receiving this award truly humbling. While this award is presented to me individually, this award is really a team effort. I could not be here without their support and belief."

As the first Sheridan student to ever be selected for a Co-op work term with Google in New York City, Kaye’s strength as a leader quickly became evident in her work as a user experience design intern with Google.

"Working with the Google cloud team in New York was an incredible experience. Despite my being an intern, they trusted me with a lot of responsibility. Their trust and support, especially from my managers Hannah and Chris, helped me grow so much professionally and personally,” says Mao.

Kaye’s advanced leadership is also demonstrated by her work as one of the founding members of the Sheridan Interaction Design Association (IxDa). As a volunteer, she mentors her colleagues in finding paid internships and has represented her program as a Sheridan Ambassador. Kaye also divides her time between a personal blog to promote the co-op program and the association, and social media marketing using Twitter and Facebook.

“Kaye is an outstanding example of the exceptional students we attract to Sheridan,” says Cory Latimer, Manager of Co-operative Education. “The employers who hire our students tell us that they enter their work terms ready to hit the ground running, and they make a positive impact from day one.”

In addition to receiving a $500 cash award from CAFCE and a certificate to commemorate her achievement, Mao will also receive the $500 Emery-Dufault Award. Each year, CAFCE recognizes outstanding co-op student achievement at both the College and University level. Currently there are 85 CAFCE member institutions across Canada and the U.S., representing more than 80,000 students.