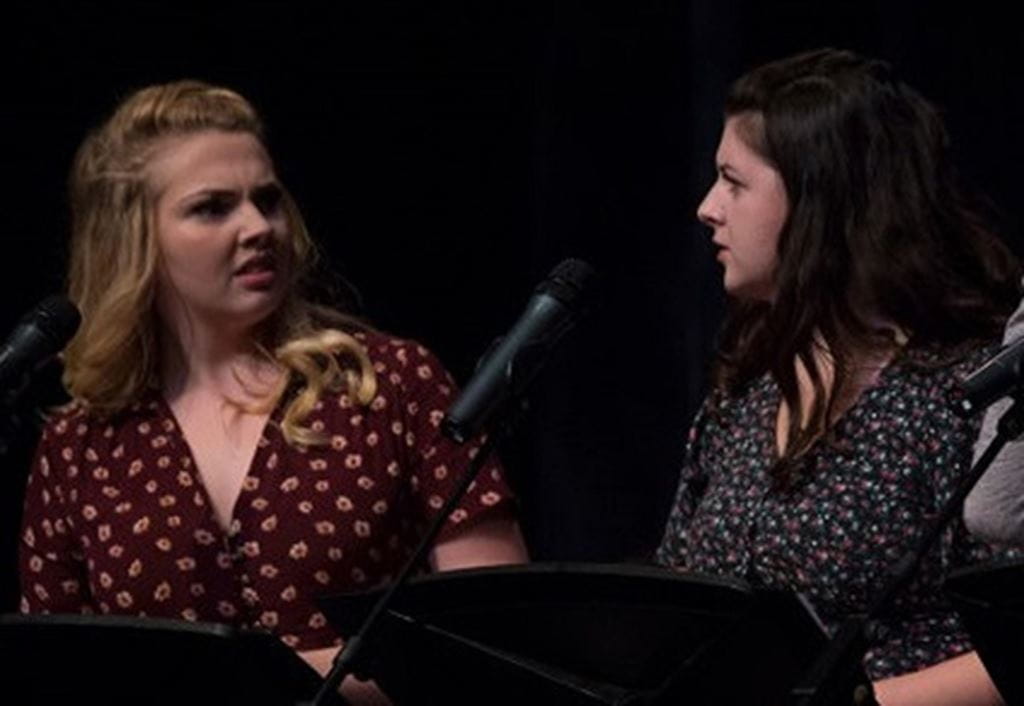 Sheridan College is proud to announce the start of Off-Sheridan, an initiative that will present concerts, staged readings and productions at venues in Toronto and the GTA.  The inaugural presentation, Rumspringa Break! An Am-ish Musical, was originally developed at Sheridan’s Canadian Music Theatre Project in 2016.  The two-act reading of this heartwarming show will take place at Theatre Passe Muraille on Sunday, April 30, 2017 at 3:00 PM and 8:00 PM, and features members of the graduating class of Sheridan’s Bachelor of Music Theatre Performance Program who helped bring the musical to life last year.

When Amish twins Hannah and Ruth leave the comfort of their strict, sheltered community to explore the outside world for the first time, things don’t go as planned. Desperate, penniless, and stranded in the big city’s roughest neighbourhood, the naïve sisters must rely on their faith, the outlandish locals, and each other to survive. As chaos and hilarity ensue, their faith and their relationship are tested.

“We are proud to showcase new work that is being developed at Sheridan’s Oakville Campus by Canadian and international writers,” says Michael Rubinoff, Producer and Associate Dean, Visual and Performing Arts at Sheridan. “Support from our growing audience is helping to drive the development of new musicals in Canada.”

The creative team includes book by Matt Murray, music by Colleen Dauncey, and lyrics by Akiva Romer-Segal. It is directed by Steven Gallagher with music direction by Joseph Tritt.

"The Rumspringa Break! team is thrilled to be included in the inaugural Off-Sheridan season,” says Matt Murray. ”It is encouraging to see such an investment by Sheridan in new Canadian musical theatre which will invite a wider audience into the development process."

Tickets are $20 each and can be purchased at tickets.sheridancollege.ca. Please note this musical uses strong language and mature themes.

About Theatre Sheridan and The Canadian Music Theatre Project

Sheridan has been a leader in educating the world’s top theatre performers for over forty years. Audiences can expect the best of Broadway and other musical gems at Theatre Sheridan’s six-show season. In 2011, Sheridan launched The Canadian Music Theatre Project (CMTP), Canada’s first incubator for the development of new musical theatre works by Canadian and international composers, lyricists and book-writers. The CMTP provides an optimal environment for writers and students that fosters creativity and momentum for the development and advancement of new musicals. Five shows workshopped at the CMTP have had professional premieres including Come From Away which opened on Broadway in March.